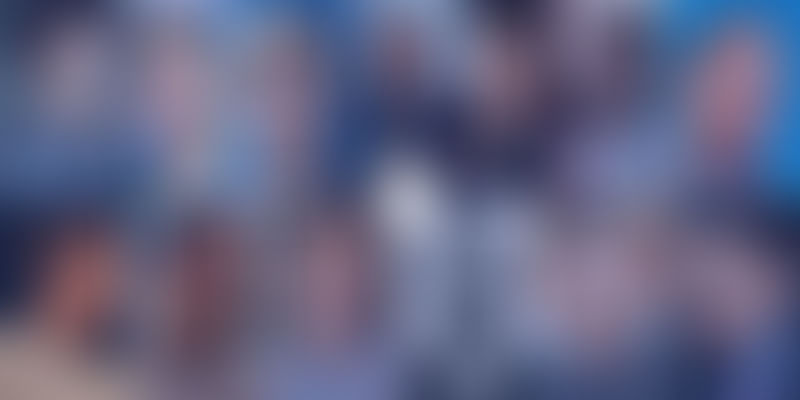 We’ve all watched David Fincher’s The Social Network. We’ve observed the power-play and budding competition between the core-group of Harvard students who decided to launch a ‘college-exclusive’ social media website. Today, this website has not only turned into the world’s largest social media site, it has definitely made these former students the world’s richest entrepreneurs. While Mark Zuckerberg tops the list of the world’s youngest billionaire still, his fellow executives aren’t too far behind in the charts.

Zuckerberg continues to hold the focus of the media, government, and the masses with every new move put forth, but on Facebook’s 13th anniversary, we’d like to pay a tribute to the other executives who work as a collective force behind the company’s success.

The COO of Facebook is a role model to young girls and women across the world. A powerful example of women who are out to break the glass ceiling, Sandberg’s net worth stands at $1.33 billion. A bestselling author and feminist, Sandberg is a strong advocate for women’s rights and their natural equality with their male counterparts. Forbes lists Sandberg as the seventh most powerful women in the world today.

Saverin was part of the core team of Facebook, dedicating his time and resources into the building of the company from its very brink. Despite known complications that took place between him and Zuckerberg, the two seemed to have reached a mutual agreement (on paper and otherwise) on working together in the operations of Facebook. Saverin, whose net worth stands at $7.7 billion, has been investing in ventures outside of Facebook, of which he owns about 53 million shares (as of 2015).

McCollum, too, was part of the core team that began its executions in making Facebook a popular social networking site. During the initial years, McCollum was tasked to work with ‘Wirehog’, the file-sharing program that Zuckerberg had introduced after Facebook hit its 50,000 user-base mark. However, this was soon taken out of the program due to fears of copyright infringement cases. McCollum went back to Harvard in 2007 and completed both his bachelors and masters. Besides having Co-founded Facebook, McCollum went through a series of important posts at tech-companies before being named the CEO of ‘Philo’, an internet-television company in 2014. As of 2016, his net worth stood at $18 million.

Moskovitz didn’t just make history with Facebook. The 32-year-old may have started out working on operations inside the company, but in 2008, he left the company to co-found Asana, a software startup. Before this, he was in charge of looking into team productivity and reports at Facebook and he used the same technology into building the Asana app with Justin Rosenstein. The app helps teams track their everyday work. As a result of his new venture, in 2011 Moskovitz became the youngest self-made billionaire in history, on the basis of his 2.34 shares in Facebook. Today, his net worth stands at $10.5 billion.

Hughes was recruited by his senior, Mark Zuckerberg, in 2002, when Facebook was still in its preliminary testing phases. Till 2004, he was unofficially responsible for the company’s beta testing and product suggestions. In fact, Zuckerberg has often claimed that it was Hughes who suggested that Facebook be extended to other universities as well, a move that has helped the company reach its global status today. Hughes later joined Obama’s 2008 presidential campaign, and after being named the ‘Entrepreneur in Residence’ at General Catalyst Partners in 2009, he went on to serve as the publisher and editor-in-chief of The New Republic in 2012. His net worth is stated at $430 million.

Having worked in the Silicon Valley for most of his adult life, Palihapitiya joined Facebook in 2005 after a brief stint with venture capitalist firm Mayfield Fund. Working as the VP of Growth, Mobile and International, he was tasked with the most challenging responsibility – of increasing Facebook’s user-base. In 2011, Palihapitiya turned towards venture capitalism and began investing in a few emerging startups. His net worth stood at over $1 billion as of 2015.

Peter Thiel, also called the ‘Don of the PayPal Mafia’, has a net worth of $2.7 billion. Co-founding PayPal in 1999, Thiel served as its Chief Executive Officer till it was sold to eBay in 2002 for $1.5 billion. He was the first outside investor to Facebook and acquired a 10.2 percent stake for $500,000. He gave the company its first boost, and although he sold the majority of his shares in 2012, he remains an important presence in the board of directors.

The Vice President of global communications, marketing, and public policy at Facebook, Schrage is tasked with handling the company’s government affairs and public relations effect. After a stint with Google, Schrage decided to turn his attentions towards the powerful team that Zuckerberg was building rapidly. His experimentation and eventual build towards Facebook’s privacy policies has helped the company avoid a plethora of media controversies and secure its positive global reputation today.

The VP of Advertising and Global Operations was often referred to as the ‘the man behind Facebook’s marketing’. Grappling to find a balance between Zuckerberg's antipathy for obvious advertising and profiting off Facebook's gigantic user base has been no easy feat, and Fischer has time and again more than risen to the challenge. His net worth back in 2013 stood at $8 million.

Also called Facebook’s ‘relationships guy’, Rose is responsible for Facebook's worldwide strategic partnerships and M&A. The VP of Business Development and Monetization, Rose also takes control of the company’s product marketing as well as the marketing for the company’s advertising products. Rose joined Facebook after working for a few years at Amazon, where he even helped develop the Amazon Kindle.

Formerly the CFO of Facebook, Inc., Ebersman had joined the company back in 2009. While he handled the accounts of a company increasing in revenue on an almost-daily basis for five while years without a glitch, Ebersman left in 2014 to launch his own brainchild, Lyra Health, a health care company that sells technology and services to address mental health, in 2015. As of 2012, Ebersman held almost 2.2 million shares and 7.5 million restricted stock units.

The VP of Human Resources and Recruiting, Goler oversees the hundreds of applications that pool in from people dreaming to work at Facebook’s office at Silicon Valley. At the same time, she tends to the questions, doubts and documentation of the existing number of employees.

While Cox’s official designation to the company reads ‘Chief Product Officer’, Cox also functions as the Chief of Staff to CEO Mark Zuckerberg, in matters of product development and related marketing functions. His work includes looking over the daily activities of engineers, designers, and product managers that are responsible for new products and features. In fact, he is the one who worked on building the Facebook news feed and still overseas the team.

While Facebook is what it is, due to the relentless efforts and dedicated contributions of over a thousand employees working in its many branches, we’d like to thank these 13 inspiring individuals who helped bring it this far, this soon. Like they say, not all superheroes wear capes.