ISRO creates another milestone, launches 104 satellites in a single rocket 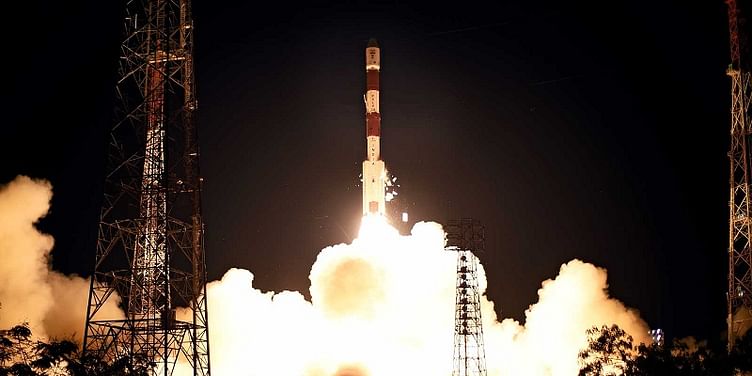 The Indian Space Research Organisation (ISRO) created a new milestone on Wednesday when it successfully launched a record 104 satellites aboard its Polar Satellite Launch Vehicle (PSLV) from the Satish Dhawan Space Centre at Sriharikota in Andhra Pradesh.

Scientists had commenced filling of the propellant for the rocket yesterday.

This is the 39th mission of the space agency's trusted workhorse Polar Satellite Launch Vehicle PSLV-C37.

What is significant about this launch is the number of satellites carried by a rocket. Until today, the Russian space agency had held the record by successfully launching 37 satellites in one go.

With today's mission, India becomes the first country to successfully launch 104 satellites aboard a single rocket. It is also ISRO's second successful attempt after launching 23 satellites in one go in June 2015.

The PSLV will first launch the 714 kg CARTOSAT-2 Series satellite for earth observation and then inject 103 co-passenger satellites, together weigh about 664 kg, into the polar sun synchronous orbit, about 520 km from Earth.

ISRO scientists have used the XL Variant -- the most powerful rocket -- earlier used in the ambitious Chandrayaan and during the Mars Orbiter Mission (MOM), for carrying total payload of 1,378 kg. Of 101 co-passenger satellites, 96 belong to USA, five are from international customers of ISRO: Israel, Kazakhstan, Netherlands, Switzerland and the UAE.

After coming into operation, Cartosat-2 Series will provide remote sensing services. Images sent by it will be useful for coastal land use and regulation, road network monitoring, distribution of water and creation of land use maps, among others. Cartosat-2 Series has a mission life of five years.

Also read: ISRO to launch 83 satellites in one go