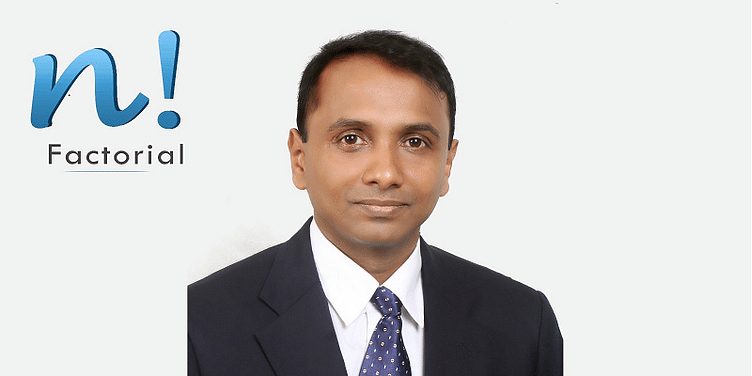 Research predicts that human capital management solutions could be a $17.49 billion market by 2020.

Arun Krishnan (47) has a bit of an evening routine. Warming up to some Ilaiyaraaja songs, he practises some rhythm patterns on his guitar. Then, seeing him go into his room to spend some time alone, one might be inclined to think that he is building data architecture for his favourite subject, chemical engineering. Talk to him, however, and you will find that he is busy creating a platform that can address employee feedback through anonymous group threads, which can then be analysed to measure the impact of interventions. The platform, therefore, uses insights to predict churn using extracted sentiments.

This career path of Arun’s, however, couldn’t really have been predicted.

Moving around the country for his schooling, Arun spent time in Orissa, Bengal, and Tamil Nadu. After graduating from Central Electrochemical Research Institute in Karaikudi, he moved to the USA to finish his PhD in chemical engineering. A corporate career and an academic career followed. He worked at the Bioinformatics Institute in Singapore as a research lead, focusing on high-performance computing, grid computing, bioinformatics, and computational biology. “I had to teach myself biology, genetics, and genomics along the way,” says the man who founded n!Factorial Analytical Sciences in Bengaluru.

This was followed by a stint at Monsanto in 2008, and, by the time he finished his MBA at the Indian School of Business in 2013, he had taken a shine to entrepreneurship. Accordingly, he entered the startup world in 2014.

Once in two years — or every year, if the employees are lucky — most organisations carry out year-end surveys. Unfortunately, these are so long and tedious that the urge to finish, more often than not, triumphs over the need to give accurate feedback.

In addition, the feedback in most cases is wrong because more recent events tend to dominate it, leading to a significant skew in the results obtained. Moreover, the time taken from conducting the survey to data analysis, report generation, trend identification, and devising of action plans takes a good three to four months, resulting in action being taken a good six to eight months after the issue has initially arisen.

Not only are managers unable to be proactive in identifying issues and bringing about solutions, they actually end up turning them into crises.

The industries most affected by this are those with a sales force, reporters, and feet on the street. The FMCG industry is a classic case where the dialogue between feet on the street and senior management is almost absent. The companies are dependent on distributors and wholesalers for the data. Most employee information and behaviour captured is based on memory, and therefore not reflective of long-term trends. The sales of the organisation are defined on pushing targets without understanding what the market really wants. Say Arun,

“Can you imagine sales leads only looking at their sales data at the end of every year and basing their actions for the next year on that? As incredible as that sounds, that is precisely what organisations are asking HR leaders to do instead of obtaining feedback from employees on a more consistent basis.”

One additional factor that needs to be looked at is how managers are created in the corporate world. “Generally, they take the best performing independent contributor, say a Java coder, give him or her maybe two or three days of training, and believe in the abilities of the individual to become a manager. The new manager has no clue as to what his strengths and weaknesses are and how to work on those,” he says.

These frustrations crystallised into n!Gage, a product that enables organisations to listen to their employees on a continuous basis, understand the issues involved, and then act on their feedback.

What does the company’s technology do?

Most HR platforms are base platforms that help organisations deal with core operations like payroll and leave management. There are people working on various solutions that incorporate HR analytics such as hiring portals which have interesting models for identifying the best candidates. In the employee feedback and engagement space, a lot of attention has been focused on how to reward employees, resulting in recognition-based platforms. Sys Arun,

“Our platform is heavy on the analytics piece where we have built strong analytical, machine learning models for attrition and churn prediction and employee segmentation.”

He has invested Rs 1 crore in the business and is currently signed in with a large retail group and a hotel chain. The company works on a per-employee -per-month basis with multi-year contracts.

According to Markets and Markets, the HCM solutions market is currently $11 billion and expected to reach $17.49 billion by 2020.

Modern day Saas-based HCM platforms are becoming very popular. Hyderabad-based DarwinBox has signed on several corporate clients to manage the employee life cycle. “The DarwinBox team is making HR easy and is taking away the problem of having multiple software for HCM. It is one cloud-based platform that manages the entire life cycle of an employee,” says Jayant Paletti, Co-founder, DarwinBox.

There are companies like inFeedo, Flint, TINYpulse, and Hyphen in the USA which are similar to n!Factorial. This company is hoping to generate large revenues starting next year. “We spent almost 15 months to make the product robust and have been live for a few months now,” says Arun.

With this product, employee feedback can become streamlined. If a chemical engineer and computational biology researcher can see the way human beings behave, then there is certainly a need for organisations to use this technology to understand their employees better.