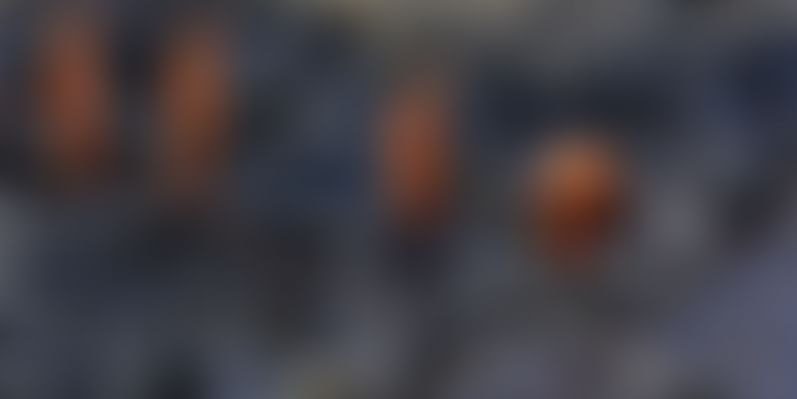 It took the government five days to admit that there was an oil spill from a collision between two tankers. What is worse is that there is no central agency tasked with what to do in such an event.

It has been six days now since an oil spill began spreading off the coast of Chennai. Volunteers have been collecting sludge with their bare hands and putting them into barrels mounted on trucks for disposal.

It’s a sore sight, one that shows how ill-prepared India is to combat oil spills. Though officials at first denied that such a spill had occurred from a collision of two ships, they soon scrambled volunteers in bright orange jumpsuits after it washed ashore near the famed Marina beach.

Of course, oil spills are rare, and one has never before threatened India’s seashore in such a magnitude as the vast pool that is slowly spreading towards the southern city of Chennai over a 30 km radius, destroying marine life and much of the coastline.

For Chennai, this could not have taken place at a worse time, coming on the heels of the 2015 November-December floods and last year’s rains that had inundated parts of the city. The incident, though much smaller in magnitude compared to the infamous 2010 BP oil spill in the Gulf of Mexico, is still a major cause for concern. In the BP case, which occurred after an oil platform discharged millions of barrels into the sea, the petroleum company eventually found itself paying hefty fines to the tune of $53.8 billion.

The Chennai incident has put the spotlight on preparedness just as Finance Minister Arun Jaitley’s budget emphasised the government’s desire to improve inter-modal transport that included the railways, highways and waterways.

According to port officials, on January 28, two cargo ships at the Ennore coast off Chennai collided, resulting in the oil spill. The mishap occurred when the M.T. B.W. Maple, with an Isle of Man flag, was leaving after emptying Liquefied Petroleum Gas and the M.T. Dawn, loaded with petroleum oil lubricant (POL), was on its way to berth at Ennore. The mishap and the subsequent seepage of oil also blackened the sea, which led to concerns of environmental damage. Soon, the state grabbed national eyeballs when dead turtles and fish ended up along the coastline.

The extent of damage

Apart from the Coast Guard, personnel from the Tamil Nadu Police Coastal Security Group, the state pollution control board, the fire and rescue department, the State Highways, the Port Trust Corporation, local panchayats and volunteers from students to NGOs have joined the massive clean-up operation.

The Marina and Elliot’s beaches, Chennai’s famous hangouts for the young and old alike, have become oily and slushy.

At present, no significant oil patches are observed seawards from Ennore to Mahabalipuram. Only sheen of oil can be seen at some places, which is likely to clear in one or two days. Tremendous progress has been made towards sludge removal, the release added.

Despite the visible damage caused, the authorities still claim that there has been no damage to the environment.

There is an oil spill after the incident on January 28. Officials, including those from TNPCB and Fisheries, were deployed by the government to look into the situation, E. Sundaravalli, Tiruvalluvar District Collector, said matter-of-factly, even as barrels of sludge were wheeled away for disposal.

Later in the day, she said that her team had assessed that around 20 tonnes of oil spill still needed to be cleaned up.

Meanwhile, Fisheries Minister D. Jayakumar and senior government officials inspected the area after reports emerged that some people were selling dead fish collected from the beaches. Already, the sludge has acquired a political colour, with the opposition DMK wading into the slush to demand compensation for fishermen.

Initially, the port authorities were in denial. Then, after three days, they admitted to an oil spill and they are trying to contain it. But the government agencies have not come together to clear up the mess. It is a big threat to marine ecology, the environment and fishermen's livelihood, DMK Rajya Sabha MP Kanimozhi said.

While the state government looks to the Centre, it is clear that India is underprepared to deal with such scenarios. The National Disaster Relief Force, the nodal agency for rescue and relief operations, has not been mandated on what to do in the case of an oil spill.

It is time India has a proper policy to deal with oil spills and their impact, especially with stress on water transport , Congress Rajya Sabha MP Renuka Chowdhury said while briefly mentioning it during a discussion on the budget.