Prashant may not have cleared his board exams, but he is bringing an organic revolution to his small village in Gujarat 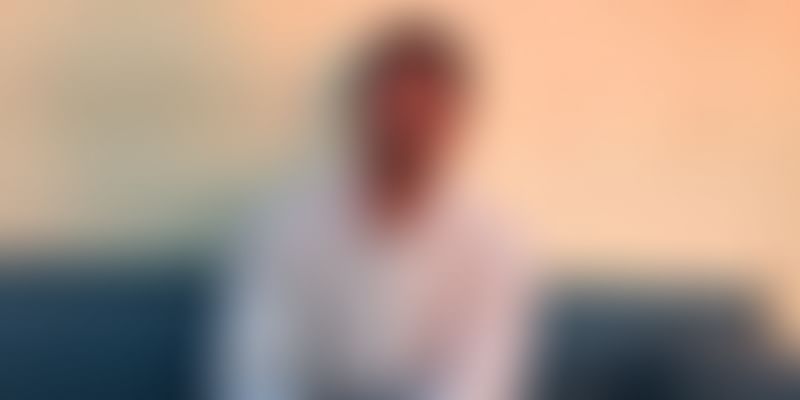 Prashant Jogiya grew up in a small village called Aadityana near Porbandar in Gujarat.His family had high hopes pinned on him till he was in Class X, considering he was good at studies. But very soon, he lost connect with the education system and decided to not slog at it any longer. He quit school and started to explore life.

Over the last few decades, little-known Aadityana has been put on the map of the cement industry by Hathi Cement. A rich source of limestone and other stones, the land in this region has been extensively mined in a step towards a ‘modern’ economy. Many people have set up small industries around the natural resources of the region and families without the resources are restricted to rely on farming. Prashant’s family in also involved in the industry and manufactures paints, distemper and provide ancillary services. Naturally, this was an industry Prashant was pushed into but he soon ran away from it all after a few months. He then tried out working at a few industries in Porbandar but none of these stints lasted for more than six months.

His family also had a piece of land where they did farming as a small alternative and this is where Prashant felt like trying out his hand. He was hardly 19 then but his family had already started losing faith in him. “I went to the farm. Dug a little here and watered the crops, but I wasn’t there completely. There was a lot of disturbance within me. There had to be something more,” he tells us while taking us through his farm.

For a few months, Prashant continued but everyone thought he’d soon give this up on as well. “I saw a lot of chemicals being sprayed and the entire process of farming felt very disconnected,” he says. He started to read a little in the newspapers and magazines and heard about organic farming. He connected with the concept and decided that he’d turn to organic farming. This was even a bigger point of ridicule in the village. A young lad who hasn’t ever done farming was going to do organic farming! 'Do you know the effort that is required?', 'Do you know there is no market for organic here', were some of the questions hurled at him. He knew there were difficulties but the path felt right.

Prashant stopped using chemicals on the little piece of land he was supposed to take care of. He turned to as many organic practices he came across but life was still far from being a bed of roses. There was no visible change in the field and the situation didn’t improve. “I was still not satisfied, there had to be a way somewhere from here,” he thought.

One day, he came across an article about making amrut maati and amrut jal, which do wonders for the soil. The article spoke about NatuEco farming method but didn’t have many details (Deepak Suchde is a popular figure in the world of natural farming and is credited to taking forward Natueco science of farming initiated by Professor Shripad Dabholkar). Prashant read about the techniques and he recognised a way forward but had no clue about where to find out more.

Prashant cut a clipping and kept it with him for close to a year. “I used to ask everyone who spoke of organic farming about this man but no one knew anything about it,” he recollects.

The nearby Hanuman Ashram in Mocha, which is run by a French swamini who in herself is a mesmerizing story, became the turning point for Prashant. Jitu bhai, a friend of Deepak Suchde’s, used to visit the ashram and mentioned to the swamini that she could connect him to anyone from the village if they were interested in organic farming.

News reached Prashant and he ended up meeting Jitu bhai at the Mocha ahram. Prashant found his gateway to NatuEco farming and ended up visiting Deepak Suchde in Bajwada, Madhya Pradesh where his quest found an answer.

After two brief visits, Prashant had found a connection and the faith to stay true to his intention of natural farming. “Staying with baba changed me as a person and opened new doors for me. I now found a language to talk with plants and grow together,” says Prashant.

He now meditates before entering the farm and treats the entire ecosystem around him as one. “We don’t do any weeding or scare away the animals. The universe has its way of balancing everything and producing enough for everyone. If we can just let things be and exist as support instead of intervening so much, everything is available in abundance already,” he tells us over some fresh coconut water from the farm.

A validation came for him when once a certain pest attack had spread a disease in the coconut trees in the region. Agricultural universities suggested injecting a chemical in the roots of the tree to save them. All farmers did that but Prashant refused. “My family was fighting with me and warned me that the entire field will be wiped out but I had faith. I stood by my crops and prayed to the pests. I asked them not to go away since they’d be killed elsewhere but also not to destroy the coconut trees,” says Prashant.

And as faith would have it, his prayers were answered in seven months. The pests are still there but coconut trees started to flourish again. The other farmers couldn’t believe their eyes and still ridiculed the occurring but Prashant had seen a ray of light.

Prashant has been following NatuEco farming for close to five years now. The farm ‘Paras Sanjeevani’ produces organic coconuts, peanuts, papaya and other medicinal plants. “Early this year, we started a WhatsApp group for people in Porbandar who want organic produce,” says Prashant. Starting out with seven subscribers, the base is growing and Prashant is putting in extensive efforts to turn the tide towards organic farming in this little-known region.

Taking inspiration from him, many famers visited him from around but only one person, Vitthal, has followed his footsteps. “We’re still a long, long way from making any impact. My family is now starting to support me but there’s so much that needs to be done! We want to create a market and take this method of farming to as many farmers as possible. We want to make farming respectable again,” says Prasahant.

This young man’s story is one of hope and inspiration. In the middle of nowhere, someone gets this message of listening to nature and follows his heart, finds an answer and is now on his way towards realising it completely. There are many such stories across the world and if we all work towards creating an environment for such seeds to germinate, the world will flower into something even more beautiful.

Write to us at slowtech@yourstory.com to get in touch with Prashant and the organic farmers around Porbandar.