Citizens rev up campaign for better public transport in Bengaluru 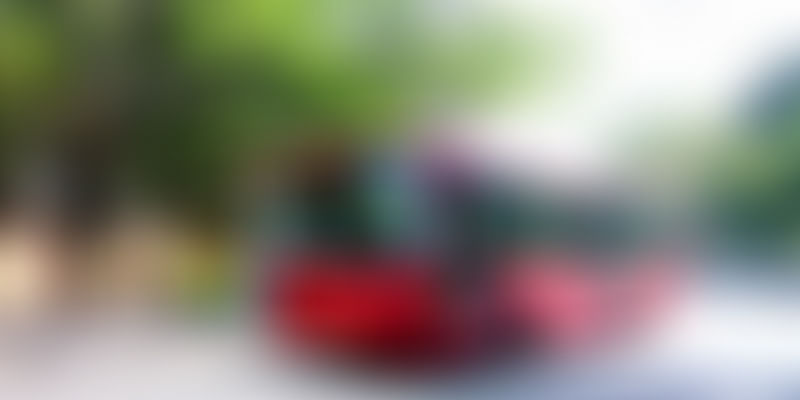 A massive missed call campaign is being organised to bring to the Karnataka government's notice the woes of 51 lakh commuters in Bengaluru who have to depend on an expensive but creaking state-owned bus fleet.

The citizens’ movement taking shape has two demands — a reduction in ticket prices and an increase in the number of buses on the roads. The second demand is meant to reduce congestion in a city whose vehicular population is two-thirds the number of its people.

Citizens for Bengaluru (CfB), an active community forum on social media, which has been calling for scrapping the proposed expensive steel flyover and introducing suburban rail for the city, has now espoused a movement titled ‘Half the fares, double the buses’.

The CfB campaign, in association with Bus Prayanikara Vedike, a bus commuters’ forum, asks commuters to give a missed call on a toll free number — 080 30474774. The movement is called #BusbhagyaBeku, a take on the state government’s penchant for naming all its schemes `Bhagya’.

The programme is aimed at decongesting the city by improving the services of the Bangalore Metropolitan Transport Corporation at lower prices and increased frequencies. Bengaluru’s 5,500 city buses that carry 53 lakh commuters every day are also the most expensive in India.

The ticket prices are equivalent to Mumbai but compared to services in that city, these buses are out of reach for a large slice of the workers who live in the city. From garment workers to everyone else, bus tickets and passes are costly. They are forced to walk 4–5 km as most parts of the city are not well connected. The high fares for short distances and the monthly and daily pass rates are prohibitively expensive.

Sneha M., a young woman who works at a startup in Indiranagar, is not averse to taking a bus, but agrees that for a regular office commute, the prices are illogical. “My office-to-home commute on BMTC costs Rs 12, but if I get in one stop later, it costs me just Rs 5!” she says.

A BMTC official explained that the difference in fares for negligible differences in distance is due to the stage system. In this, three to five bus stops are considered a stage and when a commuter wishes to travel to the next stage, the ticket is costlier as the fare from that stage is priced differently. This differential pricing is intended to keep the minimum fares low and to encourage more people to use the city bus, the official explained.

Commuters, however, are not convinced. They prefer illegal maxi cabs, which with their more or less flat fares, work out about 30 percent cheaper than the BMTC, which is the only agency allowed to run city services.

According to Pawan Mulukutla of the World Resources Institute, Bengaluru, who has studied mobility and sustainability issues, bus fares are highest in Mumbai at present, but Bengaluru has remained high for several years now.

“For the first 8-12 km, ticket prices for Mumbai and Bengaluru are similar. While Mumbai pulls ahead if passengers travel more distance, in Bengaluru the more one travels, the cost is lesser or the stage difference can be as low as Rs 2. But one should also remember that Bengaluru has no alternate transport system such as a fully operational Metro rail or suburban rail system,” says Pawan.

There is also the problem of the government not extending any subsidy. The BMTC pays a high amount in Motor Vehicles tax. There is no differentiation for the public sector transport provider when it comes to other tax components such as VAT, diesel cess, customs and excise duties, too.

Pawan also cautions that though GST has not touched fuel so far, it should be made favourable for public sector fleet operators if it is included in future.

“We are trying to channelise people's frustration with traffic and absolute lack of governance into a positive citizens' movement that not only opposes mindless projects but actively promotes sustainable mobility options for our city,” says Srinivas.

The campaign also aims to convince the government to add another 6,000 buses to the BMTC’s fleet, which will help reduce congestion in a city where, on an average, 1,600 new vehicles are being added daily.

It aims to compel Karnataka Chief Minister Siddaramaiah to make sufficient allocations to the BMTC to enable the entity to reduce the fare by half and double the number of buses.

“Such a move will ensure that bus travel becomes affordable for the urban poor and will ensure that many middle-class people who have moved towards two-wheelers and autorickshaws once again board buses. This will, in turn, bring down congestion and pollution and will remove the need for wasteful projects like the steel flyover and road-widening,” says Tara Krishnaswamy, another CfB member.

Vinay Sreenivas of the Vedike said volunteers spread the word during the weekend and the campaign would continue in the run-up to the state budget.