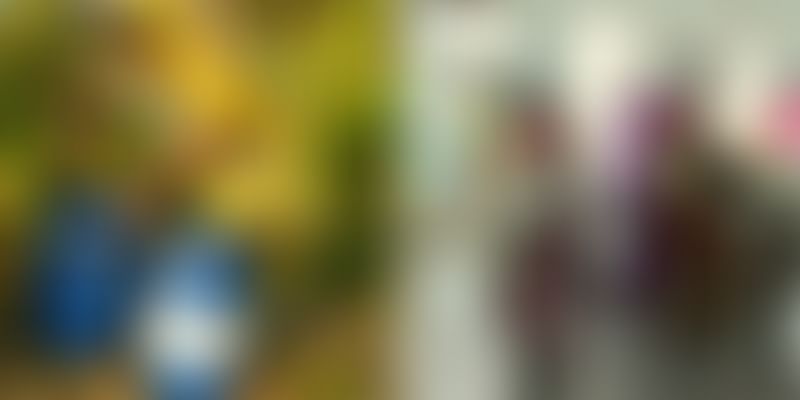 Following the Green Revolution in the mid 1960s, the use of pesticides in India has increased a few hundred manifolds over the last few decades. Although the period saw the boom of agriculture like never before, the flipside of this revolution still plagues many. Various studies have shown that people producing these crops using pesticides are more prone to cancer than people in any other region. While there are several risk factors in using pesticides, higher incidence to cancer remains a major concern for many.

Towards elimination of pesticides

Safe Harvest was formed in 2009, with the idea to make available safe and affordable food that is free from all kind of chemical pesticides. Safe Harvest grew with a vision to create market access for one lakh small and marginal NPM farmers and to reach out to 10 lakh consumers.

Safe Harvest is a conglomeration of eight civil society organisations that have been working towards and promoting NPM practices in various parts of the country. The founding organisations have been working with some of India’s poorest and most disenfranchised for the last three decades on complexly interconnected issues such as water, livelihoods, agriculture and the like. G. Balachander is the chairperson of the board and RanguRao, co-founder, Samaj Pragati Sahayog and ex-Chairperson, Working Group on MGNREGA, Planning Commission is the CEO of Safe Harvest.

“Safe Harvest is a result of the collective endeavour of these organisations to script a nationwide movement in sustainable farming through the adoption of NPM practices by farmers. Our biggest strength is the relationship that our partners have with the farming communities,” says Aditya Marvuda, Outreach and Communications Manager of Safe Harvest.

The most prominent case of cancer-prone region in the country is Punjab, where the highest number of cancer deaths has been reported. As many as 70 patients per day on an average travel on this train from Bathinda that has come to be known as the ‘cancer express’, and the region as ‘cancer belt’. An epidemiological study done by Post Graduate Institute of Medical Education and Research (PGIMER), Chandigarh, concluded that the incidence of cancer is higher in this area than elsewhere in the State. According to a 2007 State of Environment report, Malwa consumes 75 percent of the pesticides used in Punjab. Pesticides have entered the food chain. Studies detected pesticides — carcinogens like heptachlor and ethion — in the farmers’ blood here, as well as in fodder, vegetables, bovine and human milk.

The NPM idea has come up to promote sustainable agricultural practices and to enable linkage of these farmers with larger markets. “The farmers we work with rarely obtained a premium on their produce as they were unorganised, had poor access to markets, and could not manage to have their produce certified as 'pesticide-free'. This move, by providing an alternative channel for selling their pesticide-free produce, helped liberate many small farmers from the clutches of usurious local money lenders on whom these farmers would have to otherwise depend for credit towards input costs,” says Aditya.

Vision to create an NPM market

Today, Safe Harvest is working with a farmer base of close to 50,000. These farmers are members of 22 farmer producer organisations and are spread across 11 States of the country from whom Safe Harvest procures agri-commodities.

Safe Harvest sources the produce from three types of regions. First is from founding partners and organisations already working on NPM for a long time. Farmers associated with founding partners require only refresher training interventions. The second type of source is from organisations located in regions where farmers practice pesticide free cultivation. These partners generally do not have any experience in aggregation and procurement. Hence, to these partners Safe Harvest provides technical, financial and management support to carry out aggregation and procurement to enable purchase by Safe Harvest.

The third is from organisations who share the same ethos towards the benefits of NPM for the farmers they work with and the local ecology. “We provide extensive trainings to these organisations on NPM farming practices and protocols. Moreover, we assess the extent of dependence on pesticides in their production methods and work with them to develop crop-specific NPM package-of-practices. Procurement from them is not assured, until the practices have been adopted successfully by a sizeable number,” says Aditya.

Although there is resistance from farmers who are usually dependent on pesticides, Safe Harvest has been trying to promote NPM practices through its partner organisations. Some of the interventions at the farmer lever have played quite a role in increasing the number of farmers under NPM.

In addition to the risk factors to the environment and health, the use of pesticides is known to increase the overall cost of cultivation for the farmers. The practice of NPM methods and the efforts of Safe Harvest have, in a majority of the cases, led to a rise of 20 percent in farmers’ income. The company has also been aiding the farmers in transportation and storage of the produce. The farmers are also promised season-on-season, year-on-year procurement, thereby making sufficient time available to farmers for making suitable sowing and land use plans.

As of today, Safe Harvest has its retail presence in Bengaluru, Hyderabad, and Chennai with online option available in the cities of Mangaluru, Vijayawada, Visakhapatnam and Coimbatore. The company today deals in 53 products and 76 stock keeping units across six categories namely cereals, pulses, oilseeds, spices and herbs, flavourings and millets.

Safe Harvest is currently focussed on expanding in the cities from close to the sources of the produce, such as Gujarat, Madhya Pradesh, Uttarakhand and Maharashtra.