This 23-year-old’s Café X has robots serving you your favourite cup of Espresso! 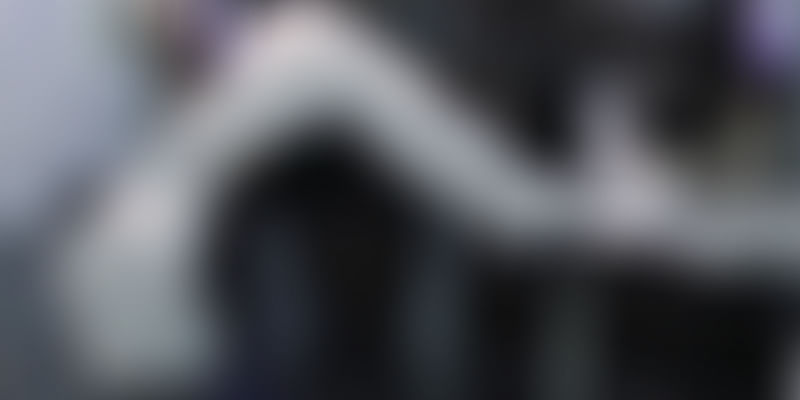 Isn’t waiting in line for that steamy cup of Café Latte such a bore? You could have scrolled through your Facebook newsfeed three times over and you’d still have moved only an inch forward. Well, that was precisely what Henry Hu, Founder of the startup Café X aimed to counter when he launched the company’s first robotic café in San Francisco’s Metreon shopping center on the January 30.

When you enter the café, you will be greeted by a squat white robot arm. Nicknamed Gordon, this Mitsubishi 6-axis industrial robot will whip up a perfect cup of coffee for you in a matter of seconds. Customers have the option of selecting the coffee beans of their choice and the quantity of milk, sugar, and cream they wish to add, through the use of an associated phone app. They can also pre-order through the same app and even schedule pick-up times while others place over-the-counter orders as well. To balance both kinds of orders, Gordon is designed to fix up about 100 to 120 cups in a single hour.

The 23-year-old, who dropped out of Babson College in search of a greater entrepreneurial dream, got the idea for Café X when he was visiting Volkswagen's factory in Wolfsburg, Germany in 2014. There, he saw hundreds of the plant’s robots making cars and wondered if he could extend the same kind of technology into making something simpler, like making coffee!

Surprisingly, Hu is neither a coffee connoisseur, nor an experienced roboticist. He states that the idea for this incredible experiment may have developed after he dropped out of college, but the seeds of his entrepreneurial dream were sown while he took technology and entrepreneurial classes there. After speaking to a number of tech professionals and startup gurus, Hu dropped out, sold his car, and borrowed from a friend’s family to start building his dream.

Once he started branching out his unique idea, he caught the attention of some of the big players in the market and eventually had his experiment backed by a $5 million seed round raised last year. These included names like Khosla Ventures, Social Capital, Jason Calacanis, Felicis Ventures, Silicon Valley Bank, and The Thiel Foundation. Before this, Hu had tested his technology in private, in a Hong Kong office building and at an unnamed Silicon Valley tech giant.

In June last year, Hu became the recipient of the Thiel Fellowship, which offers $100,000 to young people who drop out of college to pursue their entrepreneurial interests. His vision took a step further when he offered customisations as an option to Café X’s customers, who can have their choice of beans from AKA Coffee from Oakland, Verve Coffee Roasters from Santa Cruz, and Peet's Coffee from Berkeley.

The aim of the experiment, says Hu, is to not only reduce the time-crunch that people face while waiting to drink a quick cup of coffee but also to offer them greater varieties at cheaper prices. This is clearly indicated by the current set-prices of the products, which are set at $2.25 for Espressos and $2.95 for Café Lattes as compared to the general $4 to $5 at other joints in San Francisco.

As for potential explosions that may result from multiple orders made at the same time, Hu says that his team and he are planning on adding a few more robots to the counter – so to speak – to reduce the pressure on the only ‘staffer’, Gordon. While many have expressed their fear that this experiment is another pawn in the game of automation, where humans lose out to robots in terms of employment, Hu calls the fear misplaced and says that that it still something way off in the future.

“It requires fewer people to operate, but it doesn't mean we will have fewer people,” he told CNET. At the same time, he said that his experiment aimed to help alleviate the downsides to human staffers that café-owners have often confessed to him. “They have a difficult time hiring, training and maintaining their barista staff. It's actually a problem,” he added.

However, analysts like Forrester’s JP Gownder think otherwise. “In our forecast of employment in 2025, we predict 7 percent of jobs in the economy will be removed by automation,” he declared.

Currently in talks with several Silicon Valley giants, whose names he prefers not to disclose yet, Hu plans to expand and install several more Café X kiosks into the market, beginning with their very offices.