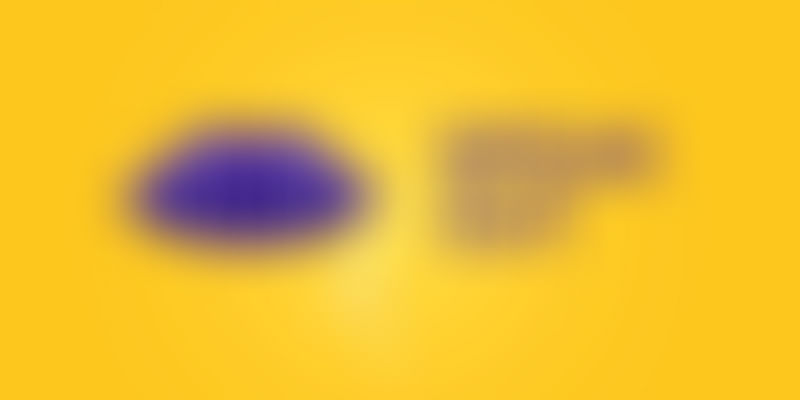 With the startup ecosystem polarised over the recent sexual harassment accusations by some women entrepreneurs, it is time to explore why women do not speak up.

Women always think twice before they put anyone, especially sexual offenders, under the bus. In fact, they think thrice, four times, even five until it is so late that they talk themselves into believing that they were the ones at fault.

If you have been following the recent multiple sexual harassment episodes involving investor Mahesh Murthy reported on social media, you may have noticed the undertone of the conversations that is steering the blame squarely on the doors of these women entrepreneurs.

For those of you late to the party, here’s a quick brief. On Saturday, entrepreneur Pooja Chauhan, who is the co-founder of Vayuz, posted on her LinkedIn page saying she finally gathered the courage to make public a lewd message from Murthy as a response to her Christmas greetings. Another entrepreneur, Wamika Iyer, Founder of FrshDay.in, too shared her conversation with Murthy that had made her uncomfortable because of its implicit sexual nature.

When YourStory reached out to Wamika, she said her conversation had taken place a year ago and at that time she had reached out to various media platforms to “expose” Murthy. “No one responded to my plea then. I can understand that he is a powerful man and has a lot of influence,” she told me over a phone call from Mumbai.

While working on her startup, Wamika was looking for mentorship and had reached out to Murthy as he is a “renowned VC who offers mentorship and funding to entrepreneurs.” She described the chat conversation (screenshots below) that she had with him that not only made her “uncomfortable but also demotivated her from pursuing her dreams.”

But when she found no support from anyone in the media or the startup ecosystem, she decided to lie low and continue with her work. “In May, I read about a woman entrepreneur recounting a similar experience with Mahesh Murthy that was reported in a digital media,” she says, adding, “again, I reached out for my story to be covered but I was discouraged.”

Finally, on Saturday, February 12, when Pooja wrote of her experience on LinkedIn, Wamika was inspired to speak up as well. And if you have noticed in the comments that Pooja’s post received, a number of women have shared that they have been at the receiving end of a similar treatment from Mahesh Murthy.

At the time of writing this, Murthy had apologised to Pooja, which she accepted.

Did we ask for it?

This is 2017, for God’s sake. Why are the young, independent women of today still afraid to speak out?

Still afraid that what they say will not be believed or at best be brushed off as trivial.

Last week, a young colleague sought my help regarding a voice message she had received on the night of Valentine’s Day. A male voice slurred a ‘happy Valentine’s Day’ to her. It was a recording of a few seconds, but it rang for a long time in my ear -- a creepy sort of after-effect making my hair stand on end.

I was furious, but I saw that tears had welled up in her eyes. She whispered, “Did I do something wrong here?”

After the initial shock had evaporated that it was a known personality who had left the late night voice message, I attempted a weak laugh -- ‘these things happen; he must be taking his chances; you know how it is; the society is more open now; there may have been cases where his advances have been reciprocated, blah, blah, blah,’ I went on. If this was my way of comforting her, it was not helping one bit. She sat there guilty-faced.

Is that all I had to say? It was almost as if I was alluding to the ‘you-must-have-asked-for-it’ argument. Making excuses for a middle-aged man sending messages to young girls in the middle of the night.

Last year, another colleague had filed an official complaint with the IIT Bombay authorities against sexual misconduct and stalking by an IItian. No action has been taken yet by the authorities, despite her outing him on social media.

What makes us -- the supposedly independent and strong-willed women -- to bury such incidents deep within our psyche and throw the key away? It’s like telling a man it is okay if the guy on the road punched your face because you accidentally hit his car.

At a time, when we are talking about participation of more women in the entrepreneurial ecosystem and encouraging them to dream big, incidents like these act as roadblocks. Yet, many women are so caught up battling the inherent gender biases prevalent in the system that they often ignore or brush aside cases of sexual harassment.

Should they be more worried that the investor is concerned that they will change their priority once they become mothers and neglect their business?

It is an open secret that many women entrepreneurs have been asked at investor pitches if they planned to get married anytime soon, or were planning to have a baby -- as the case may be. They have had to sign difficult term sheets, more complex than their male counterparts.

Term sheets, some say, that will pale such incidents in comparison.

No wonder then, the coming out of these women has polarised opinion. One comment by a woman referred to them as complaining “school girls”, asking them to “grow up.” There are other suggestions from friends and buddies that this is Murthy merely displaying his “devil-may-care-attitude” and not many can understand his “sense of humor.”

It is clear women are not finding this funny.

Wamika asks if this is what mentorship is like in the Indian startup ecosystem. “We encourage women to fulfill their passion but if there are perverts like him, then how would women pursue their dreams? I was deeply hurt by this kind of behaviour from a senior mentor in the industry," she says, adding, “If we do nothing about such cases and just stay calm thinking about the society, such people will continue to behave this way. It is a shame to have such experienced professionals in the VC industry, and it is our responsibility to stand up together and protest against such people and show them that money cannot buy everything.”

Murthy had since posted an unapologetic clarification on his Facebook page, which has now been pulled down. When YourStory contacted him, he said it was not deleted but had been set to ‘Friends Only’ view. Over a telephonic conversation, Murthy suggested that this was merely an opportunism displayed by the women. At the time of publishing, we had not received his email responses. However, he wrote back saying that he had instead written a piece on Medium "that should more than reasonably answer your questions."

Anahita Thukral, Manager at Axis Capital, commented that his explanation reminded her of the time when Trump’s “grab them by the pussy” statement was dismissed as locker-room talk.

“Kissing someone under a mistletoe without consent (especially someone you aren’t that intimate with) is not okay,” she notes. “To my fellow women talking about how women should ignore this kind of talk and ‘be tough’, let me remind you that we did not fight for our voices to be heard for this long just so we can put up with things that are clearly beyond the line of ‘professionalism’. Staying silent has almost never helped -- maybe talking about this might actually help both sides see the other side’s point,” she adds.

The startup culture built on its inherent ‘disruptive’ nature is breaking all the old rules and rewriting new ones as it goes along. The boundary of work and personal life is dissolving. Men and women work in close proximity for long hours, chill out at bars together and it is no surprise that they may find themselves in a zone that is later difficult to navigate.

The testosterone-dominated Indian startup ecosystem that takes its smoke breaks on Twitter lets the women down badly. The boys club rules here. Now, people are suggesting that like the casting couch, there perhaps exists an ‘investing couch’ too.

We’ve seen this in professions like legacy media, advertising, and of course, the film and entertainment industry. Recall Tarun Tejpal, Mahmood Farooqi, or even Phaneesh Murthy. It all started with ‘harmless banter and teasing’ which quickly turned into criminal sexual offense.

Terming it foreplay, veteran journalist and author Ammu Joseph says, “Despite the relative freedom enjoyed today and the rise in consensual relationships, the sexual jokes and innuendos do not seem to have disappeared.”

She adds that often, it is a case of powerplay where the woman is forced to back off because of the status and position of those making the advances.

Adds veteran journalist Laxmi Murthy, “Men operate on a buddy system, and often in such cases make the woman look silly, making her think perhaps she needs to pull up her socks and stop complaining.” She advises that women should instead counter it in their own style. Gather enough people with same concerns and provide a reasoned argument. “Be informed and put it out there,” she adds.

Sometime ago, I watched this interesting video that explained consent in a very simple way. It says,

“If you are still struggling with consent, just imagine instead of initiating sex, you are making them a cup of tea.”

Women say that men today cannot understand the concept of consent. Sure, anyone has a right to proposition, but if it goes on persistently, despite the other party’s ‘no’, then it is a serious matter.

And surprise, surprise. There is legal recourse at hand. Pointing towards the Sexual Harassment of Women at Workplace (Prevention, Prohibition, and Redressal) Act, 2013, lawyer Kanti Joshi, Convener, SASHA (Support Against Sexual Harassment), says,

“The aggrieved party, whether she is employed in the offender’s company or not, has the right to file a complaint to the anti-sexual harassment committee at the offender’s workplace.”

According to the law, organisations have to display the guidelines prominently and give a fair hearing to the aggrieved. In the event that the plea is not addressed to the satisfaction of the aggrieved party, she can take her complaint to the local complaints committee. However, this is easier said than done. Says Laxmi Murthy, “Most lawyers will push women to go for a criminal complaint which then becomes complicated.”

Every organisation with 10 or more employees is expected to have a committee against sexual harassment under the Vishakha Guidelines which is now the Sexual Harassment of Women at Workplace (Prevention, Prohibition, and Redressal) Act, 2013. Kanti says in the past three, four months, her organisation has been approached by many startups with requests to implement the provisions of the law.

It takes a lot of courage to call out a bully, especially the powerful and mighty, on a public forum. As the women say, it is always our word against theirs.

There is a Bantu word, Ilunga, that aptly captures the sentiments of the women in the startup ecosystem at present -- “You are ready to forgive and forget any first abuse, tolerate it the second time, but never forgive nor tolerate on the third offense.”