Are guidelines against sexual harassment in startups only on paper? 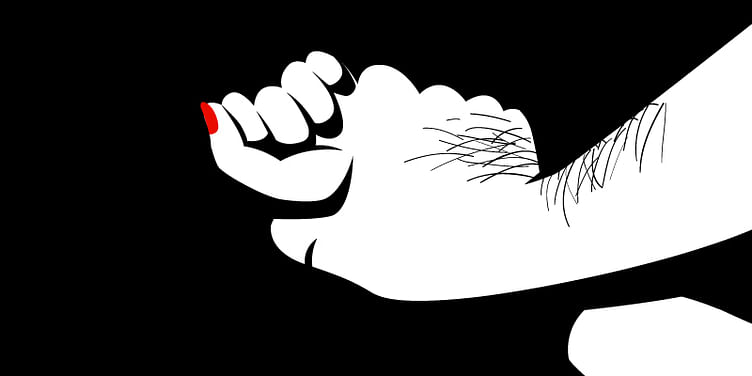 Following the recent incident of an Uber employee writing about how badly her complaints of sexual harassment at the company were received by the top management, we cannot help but wonder whether guidelines against sexual harassment are taken seriously by Indian startups.

“I was just sitting at my desk and trying to get through the ton of work that needed to be finished when I felt a hot breath over my shoulder. I was caged to my desk as my colleague’s chest pressed hard against my back, with his arms boxing me right in. The feeling was nauseating. From sexual innuendos to lewd remarks and off-handed comments, it was just too much.

What started out as passing compliments soon became suggestive remarks and pushes towards dates, which made me uncomfortable. Like any woman facing the incident, my first instinct was to report it. That, however, only led to my being ostracised by the whole team; considering that it was a team of men, the ‘bro-code’ was pretty strong.

This included excluding me from team discussions and statements like “We are being friendly, not sexually assaulting” being made. And the list is endless. It was like being a part of my own series of Mad Men.”

This isn’t an isolated incident. Such cases are not only seen in large corporations, but even in startups. And many believe that this is even more so in the case of organisations with more casual workplaces. Data suggests that the more casual the workplace, the more difficult it gets for employees to identify and protect themselves against gendered harassment.

What does the law say?

Every organisation by law has a sexual harassment policy in place and follows the Vishakha Guidelines. The Sexual Harassment of Women at Workplace (Prevention, Prohibition and Redressal) Act, 2013, received the assent of the President in 2013 and came into force in December that year.

While the enforcement has improved organisational compliance, according to a study by FICCI and EY, 36 percent of Indian companies and 25 percent of multinational corporations in India are not compliant with the Act.

The case of startups

A woman employee who has worked for a few e-commerce startups in Benglauru, on the condition of anonymity, says,

“We didn’t have any fixed mandate or guidelines shared with us. Everyone was friendly and knew about it, but there wasn’t anything formalised.”

And even in many cases where the rules and guidelines have been formalised, they are just on paper. A top HR executive in the startup ecosystem believes that in many cases, the compliances and committees come in as just a rule on paper and not in spirit.

Citing one particular incident, he said that when an employee complained about a case of sexual harassment, the internal sexual harassment team actually discouraged the woman and asked her to deal with it offline.

Good for the company as well

Another employee of a leading tech startup in Bengaluru, on condition of anonymity, said that even if there are policies and rules, they aren’t sure whether the message that sexual harassment is illegal and won’t be tolerated under any circumstances has been heard loud and clear.

“I am not sure if I can trust discussing this internally with anyone,” she said.

However, there are a few startups that follow the guidelines fairly stringently. T.N. Hari, HR Head at BigBasket, believes that creating a harassment-free workplace, particularly with respect to sexual harassment, is not just good for business, it is required by the law of the land.

He adds that companies that do not take this seriously do not fully comprehend the extent of the risk that they are taking. Preventive policies and redressal mechanisms are like insurance. You do not realise how important they are till there is an incident. And when there is an incident, the collateral damage to business and reputation can be unimaginable.

He says that at BigBasket, they are deeply committed to creating a harassment-free workplace, and have taken all the right measures to execute that to a 'T', including retaining an external expert to advise them and be a part of investigations.

“Every complaint is followed by swift investigation and action. We have let go of very senior people without the slightest hesitation. Continuous education is an important component of prevention,” he says.

The larger issue here is the fact that fewer people come out and discuss cases of sexual harassment at workplaces, because they believe that they will not be taken seriously. Another employee working for a new-age company, said,

“I tried to keep a low profile. It felt safer that way; talking about sexual harassment openly would only have brought more attention my way. And the incident wouldn’t have been resolved, it would have only become worse. I simply would have been isolated and made to feel worse about myself. It would have been career suicide.”

Maybe it is time startups begin to invest time in training their employees and managers on these guidelines makes a difference.

If you are being harassed at home or workplace and want to anonymously share it then please write to us at [email protected] and also fill the form here.