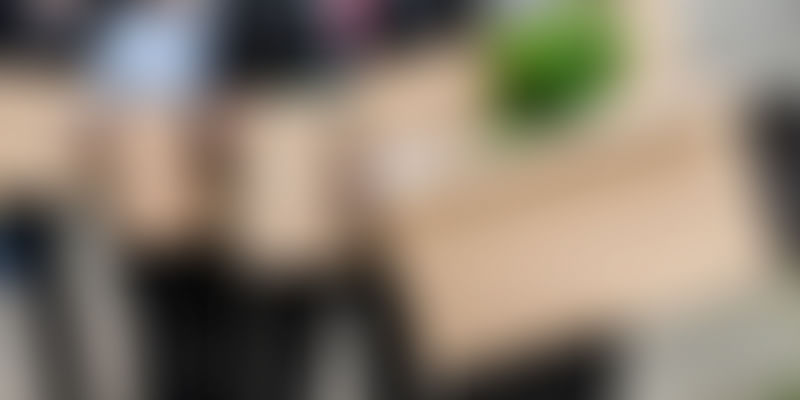 Rumours are doing the rounds that online marketplace Snapdeal is again laying off employees. This time, the numbers go up to 65 percent of the company's workforce.

“Snapdeal is laying off 2,500 people,” Unicon Baba, an anonymous Twitter handle that tweets inside information about the startup world, told YourStory after we reached out following his tweet on Friday morning. However, we were not able to verify this. Snapdeal had not responded to YourStory’s email at the time of publishing the story.

[Update: Snapdeal spokesperson has responded with the following statement: "A recent media report about job cuts at Snapdeal is speculative, evident from the number of "un-named sources" quoted in the report. It portrays a distorted interpretation of our on-going efforts in pursuit of our well established goals of efficiency, experience and growth. On our journey towards profitability, it is imperative that we continue to drive efficiency in our business, which enables us to pass on the value to our consumers and sellers. As in the past, and like all good companies do, we will continue to assess resource allocation in furtherance of our goals of enhancing customer and seller experience while driving high quality growth."]

However, multiple sources have told YourStory that the number of employees to be laid off is more than 1,000 and that it will happen before the end of this fiscal. So come March, will Snapdeal be half its size?

Late last year, reports had surfaced that Snapdeal was laying off 150 people in its Bengaluru office, in a move to cut losses by reducing expenses on infrastructure in regional offices. But both CEO Kunal Bahl and co-founder Rohit Bansal denied these reports. In fact, Snapdeal recently opened a flashy new office in Bengaluru.

A report in The Economic Times has stated that 5,000-odd contract staff employed by Snapdeal’s logistics arm Vulcan Express will be pared down as well as about 3,000 people on the rolls of the logistics company. The report adds that managers within the marketplace operations have been asked to “right-size” their respective teams.

But ‘right sizing’ is just a sugar-coated term for downsizing. If you want to grow 200 percent annually, you will grow the team accordingly. But if you are anticipating only 20 percent growth, you have to cut down on the staff too.

A source aware of the developments told YourStory: “Snapdeal does not have the pace of growth it wanted. They are letting go of people as they are in cash-control mode. Snapdeal might be transferring some of the workforce to a third party as well.”

Quite a few of Snapdeal’s senior executives have already left the company in the past two months — the most prominent being the exit of Sandeep Komaravelly, senior vice-president of Snapdeal’s c2c marketplace Shopo, last month.

Shopo shut down last week, within two years of launching. While Snapdeal has not revealed the fate of Shopo’s 200 employees, the rumours seem to give an explanation. A source that is aware of the developments told YourStory that a bunch of Shopo employees have been absorbed into digital payments platform FreeCharge.

A few days ago, SoftBank — Snapdeal’s biggest investor — wrote off around $475 million in the combined value of its shareholding in Snapdeal and taxi aggregator Ola. They have been two of the Japanese investor’s biggest investments in India.

Curiously, SoftBank’s other investment in India — real estate platform Housing which was merged with PropTiger last month — has also let go of 200 employees, believed to be the first of many more to come post their merger. They have reportedly given two months’ salary in advance to those terminated, according to media reports. But industry observers had seen this coming. “You don’t want to maintain workforce for similar functions across both companies. With PropTiger it was bound to happen as with any acquisition,” says an expert.

With the Myntra-Jabong alliance too, major changes are taking place — Myntra’s Chief Marketing Officer Gunjan Soni will now be Head, Jabong. A statement from Myntra has said that Gunjan, who was previously Partner at McKinsey & Company and Vice President at media conglomerate Star India, will now focus on setting the strategic direction for Jabong and drive growth and profitability for the business.

Myntra’s last remaining co-founder Ashutosh Lawania has also left the company to start his own venture, according to Myntra’s statement. He was in charge of supply chain management, which has now been handed over to Manpreet Ratia, former Chief People Officer and Head of New Initiatives. Prior to that, Manpreet was the Director of Operations at Amazon India. Additionally, Naresh Krishnaswamy, who has been with Myntra since 2012 and heads growth and revenue, has been elevated to the senior management team.

Corporate companies also go through such phases of what is increasingly being termed ‘right-sizing,’ the only difference being that it is not reported as widely as it is with startups. L&T fired about 14,000 of its staff members from April to September 2016 but it was reported only in November. L&T is a conglomerate; even 1 percent fired will mount up to thousands. They are more structured in the process — there will be people leaving voluntarily and non-voluntarily.

The last four years have seen fast growth for internet companies like Snapdeal. Now they are moving to profitability — shifting away from growth will inevitably lead to cost cutting and team cutting. Same is the case with Ola, where senior executives are quitting on almost a daily basis.

Snapdeal still has possibilities of acquisition by Alibaba. Before acquisition, usually, the company wants to show profitability. So Snapdeal is ‘right-sizing’ as part of its cost-cutting exercise — if not profitability, at least reduce losses.

In short, 2017 looks like the period for startups to, well, grow up.