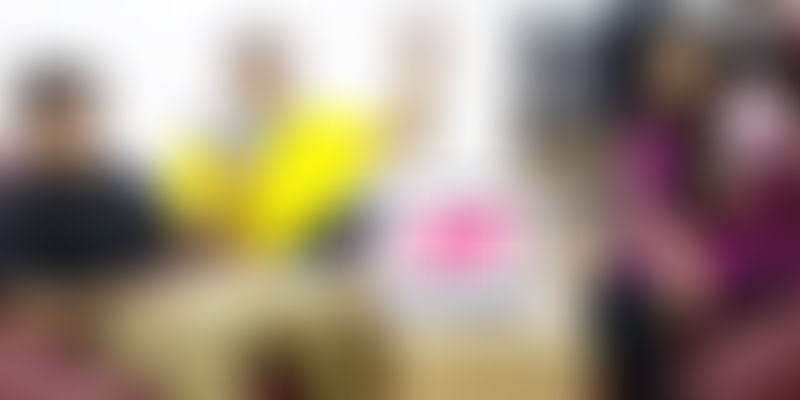 Founded in 2005 by Yogendra Vasupal, Rupal Yogendra and Sachit Singhi, Stayzilla operated in the travel and hospitality space and touted itself as 'India's largest homestay network', where users could research and reserve hotels and homestays across India. Earlier today, Yogendra, CEO of Stayzilla, said in a statement,

I would like to announce today that we will be bringing to a halt the operations of Stayzilla in its current form, and looking to reboot it with a different business model......New bookings on all Stayzilla platforms — website and app — are now suspended. Bookings with check-in dates on or before 28th February 2017 will be honoured. Any booking with check-in after that date will be cancelled and the guests will receive 100 percent refund.

He noted that while this had been one of the toughest decisions that he has taken so far, he feels that it is the right thing to do. The hardest part, according to him, though, is bidding farewell to the different teams, from technology and marketing to operations, sales and support.

Stayzilla had raised about $34 million across four rounds of funding, with the last being a $13.5 million Series C round in May 2016. Yogendra also made it a point to thank all of Stayzilla's backers like Indian Angel Network, Matrix Partners and Nexus Venture Partners, who had invested in the venture at different stages.

Leaving a dream unfulfilled is never easy. I know you'll will bounce back from here even stronger. Godspeed 🙏 https://t.co/7PyQ8X1QXX

Related read from 2013: Surviving sans funding for 5 years and raising two rounds in a year: Evolution of Stayzillaa

The next avatar for Stayzilla- 'A hassle-free distribution channel'?

While Stayzilla is halting operations in its current avatar, Yogendra noted that the future will see Stayzilla becoming a hassle-free distribution channel going out to the right audience, wherever they may be.

We will look to work closely with both online and offline travel partners to offer the best of Indian homestays to their valued customers. Our hosts still have a lot of needs that are unmet and problems that are unsolved. That’s something that excites me.

Yogendra sees co-operation and specialisation as the mantra for Stayzilla to go forward. He believes that focusing all their energies on the supply side will allow them to build on the core strength that they had developed over the last 18 months. Specialised solutions such as the concept of ‘Stayzilla Verified Homestays’, in particular, excite him. He says,

Originally conceived to increase trust, this (Verified Homestay) could serve as the benchmark for the entire nascent and unstructured industry. I believe that the market is at a phase where co-operation among players is going to be the most certain way in which we can create value for all stakeholders involved.

YourStory reached out to Yogendra for additional inputs about Stayzilla's future plans, but he wasn't reachable. We will update the story if and when he responds.

Yogendra noted that Stayzilla failed despite many successes, like having a clear lead, a lot of firsts, and being successful in building an ecosystem up from scratch pan-India. He then outlined some of their biggest hurdles-

The travel marketplace does not have local network effects

"We can’t really take a focused city-by-city approach in terms of matching supply and demand. The demand and supply for homestays was non-existent 18 months back, excluding a few small pockets."

As a result, Stayzilla had to invest in both sides of the marketplace, creating homestays and then driving guests to stay at them. Stayzilla claims to have reached a run rate of 8,000 homestays in over 900 towns , but this stretched their financial capabilities too far.

Yogendra believes that some of India's key macro trends further deteriorated their bottom line and ability to expand in a cost effective manner. He said,

India does not have a lot of public goods often taken for granted in mature markets, like logistics, tech-savvy suppliers, and online user demand.

He noted that they had to invest in educating people not only about the concept of homestays and using their product, but also about how to use the internet. All these investments too brought down their costs in the long run.

Deeper pocketed players like Oyo and Airbnb (which launched in India in 2012) operate in the travel and hospitality space in India, apart from some of the other budget hotel room competitors.

Yogendra noted that the discounting-based growth rampant in the travel industry since 2015 forced Stayzilla to match prices, and this made it such that the company couldn't even recoup their operating costs.

Way forward as a founder

Yogendra notes that the last 11 years have been a great learning experience.

The initial seven years were about having negative working capital, positive cash flow and a sustained ability to fund their growth. Those were the only metrics Stayzilla tracked. Looking at the cause of the current situation, he noted,

In the last three to four years, though, I can honestly state that somewhere, I lost my path. I started treasuring GMV, room-nights and other ‘vanity’ metrics instead of the fundamentals of cash flow and working capital.

Having run a venture for so long, Yogendra believes that the value of a business is subjective, like beauty. While there exist many benchmarks, true beauty is intrinsic and begins with the comfort one has with one’s skin. Similarly, while there exist many benchmarks for the valuation of a company, he believes its intrinsic value starts from inside and is tied very closely to the metrics that founders value and their comfort with that selection. He says,

The last year has been a focused attempt to get back to our initial, and stable, value system. However, 12 months was just not enough time to shift paths when we were already 36 months down a dramatically different path.

Yogendra now aims to look at this as a clean start and go back to the 'roots he is comfortable with'.