Stellaris Venture Partners raises $100 million, this is what they will do with it

Stellaris Venture Partners was founded by three former Helion-partners Ritesh Banglani, Alok Goyal, and Rahul Chowdhri. Two weeks ago, they had participated in Series A funding for Wydr (an app-based marketplace, which connects manufacturers, wholesalers, and retailers), along with Bessemer Venture Partners and Jungle Venture Partners. They have also invested in a SaaS startup, which is yet to be disclosed. Ritesh told YourStory that Stellaris plans to make six to seven investments every year for the next three years.

On the reasons to invest in SaaS businesses, Ritesh said: “Indian companies, over the last three to four years, have been able to crack the remote go-to market strategy for SaaS. Our companies are now able to sell contracts of up to $50,000 value, from India over phone or internet. The finish of the products has also improved significantly.” He believes that over the next 10 years, global SaaS businesses in India will create several billion dollar companies.

Stellaris will focus on tech businesses solving India-specific problems – especially in companies focusing on the next 300 million internet users in India, targeting small businesses in India that are available on smart phones now. “We are targeting vertical e-commerce apps with India-specific supply chains – like Wydr, which integrates the supply chain all the way to the brand, or in groceries all the way to the farmer.

Out of the 400 million internet users in the country, only 100 million speak English. But all the content and most of the services are mostly still in English. This has led Stellaris to invest in local language services. “We want to back those content companies as well as technology companies that are solving problems for the local language users. This could mean local language videos, chats, space apps, etc.,” says Ritesh.

According to Ritesh, emerging regulatory and infrastructure in India like UPI, Aadhar, GST, etc., provides opportunities for tech companies to create a much wider penetration of financial services across the country. “We want to back tech companies that are taking advantage of these infrastructural and regulatory layers created as public service and build applications on that, to make financial services accessible to a much larger market,” he adds.

Stellaris is also the first to launch a founder network with about 50 top entrepreneurs and business executives –including TaxiForSure co-founders Aprameya R and Raghunandan G, Indify founder Alok Mittal, Capillary Technologies founder Aneesh Reddy, as well as investors and business leaders like Kanwaljit Singh, Founder of Helion and Fireside Ventures, and Neeraj Agarwal, India Head of the Boston Consulting Group. Ritesh says that they will help in every stage in investment lifecycle – by referring interesting leads, co-investing, advising, and joining the boards of portfolio companies. 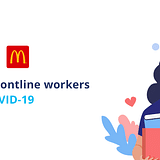