Martyr's daughter speaks out against ABVP, gets trolled by celebrities 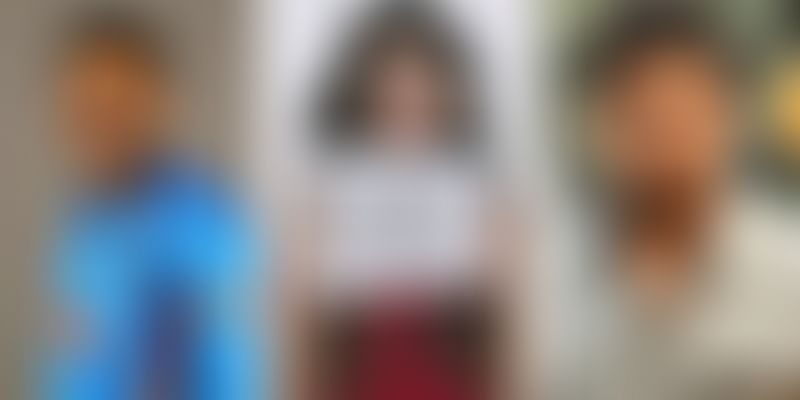 Recently, Akhil Bharatiya Vidyarthi Parishad (ABVP) was seen unleashing violence outside Ramjas College on realising that a JNU student, Umar Khalid, a PhD student leader, had been called for a seminar on 'Culture of Protests'. Twenty-year-old Gurmehar Kaur from Lady Shri Ram College (LSR) of Delhi University started a campaign against ABVP in response to that. She began this campaign on different social networking platforms such as Facebook, Instagram, and Twitter and urged other students to join in her effort.

This campaign soon gained momentum and led to students from different universities coming out and lending support. Students from Panjab University and Mumbai University, among others, soon started speaking out in support of the campaign against ABVP, called '#StudentsAgainstABVP'. Former students who are also deeply hurt and agitated by the recent violence have joined in the campaign.

The message on the placards the students are holding in the pictures uploaded on social networking sites is simple yet effective. It says that they are not afraid of ABVP and that they are not alone as every Indian student is with them. From the captions and the pictures uploaded, it is quite evident that the students are agitated at the restrictions being imposed on the freedom of speech and expression. They are speaking in support of democracy. Democracy is what we proudly boast of and still see it often being violated.

Amidst all the positive support, what was shocking to see was these two prominent and very loved people speaking against the girl who started the campaign. A year ago, Gurmehar had posted a photo online in which she had spoken in favour of India-Pakistan peace. She had said that war was responsible for her father's death and not a country. There were many who started criticising her for this old photo after the campaign started. She also received threatening messages. Celebrated cricketer Virender Sehwag also posted on a social networking site, speaking against Gurmehar.

And, we had another celebrity who was applauding Virender Sehwag for his tweet.

There were a few people who condemned both the celebrities for their tweets. Randeep Hooda, rather than understanding the situation better went on to make even more negative remarks. What followed was this series of tweets:

@virendersehwag what's sad is that the poor girl is being used as political pawn and it seems you are a party to it ..

@virendersehwag even if it was a "boy" it'll be the https://t.co/9K2bTa2QjZ on the other hand are being very judgemental.where is FOE?😂

Gurmehar had a very simple post put on her social networking site in response to all the negativity.

Don't call me a Martyrs daughter if that bothers you. I never claimed anything otherwise. You can call me Gurmehar.

The hope is that these two celebrities soon realise their influential position and make a statement after fully understanding the gravity of the situation.