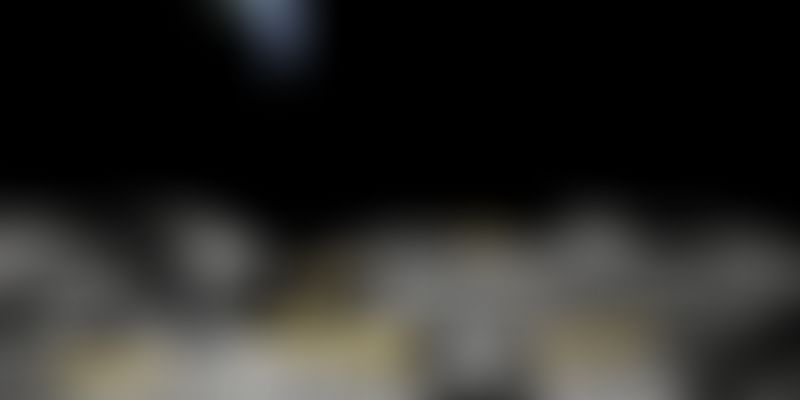 What if we told you that the next time someone dropped a filmy line about imprinting your name on the moon, they wouldn’t be joking? That’s right, you can now have your name micro-etched on the moon for a price. This is an initiative by Bengaluru-based space startup Team Indus, which is planning to launch a mission for December 28 this year through ISRO’s PSLV rocket. The deal with ISRO is to be signed earlier in September.

The mission will see the rocket travel 3.84 lakh kilometres from earth and make a soft landing on the moon on January 26, 2018. As a part of this mission, the company plans to micro-engrave the names of the public ‘donors’ on a 2x2 inch black aluminium cube. Along with the rover, this cube will be dropped on the moon by a spacecraft. The price for each name-tag is only Rs 500!

The company is also offering several deals for family-orders, which will allow families to make payments in a bulk. According to Sheelika Ravishankar, who works in the marketing and outreach team of the Bengaluru-based startup, the aim is to make the initiative a part of their crowd-funding effort.

The engineers behind the directive specify that the names of the donors have to be less than 24 characters for all practical purposes. On the macro scale, they are hoping to micro-etch about 1.4 million names onto the black cube and accordingly earn about Rs 70 crore in revenue. However, this number still falls short of the estimated overall cost of the operation, set at over Rs 400 crore.

According to Hindustan Times, Infosys CEO Nandan Nilekani, Flipkart’s Sachin Bansal, and automobile designer Dilip Chabria have reportedly begun to fund the project already. As a part of the recently signed commercial-launch contract for the moon mission with ISRO, Team Indus has requested for their specially-designed rover to be carried on the ISRO’s PSLV. Multinational conglomerate Larson & Toubro is also involved in the project, lending their assistance in terms of the rover’s design and structure.

While there are a whole range of challenges that accompany the launch of the mission, if the landing does indeed come clear, then Team Indus would become the world’s first private company to have made a soft landing on the moon. For this, the craft needs to land in a large dusty plain on the sun-lit lunar belly, the ‘Mare Imbrium’ (which is also called the ‘Latin for Sea of Showers’). While they expect stiff competition from Israel, they are hoping to make India the fourth nation after United States, Russia, and China to land gently on the lunar surface and unfurl its national flag.

Citizens across the country are excited over the possibility of having their name on the moon, and Team Indus is quite optimistic about the response to their project.

“In the future, when people start travelling to the moon, who knows, they may find this box and spot the names of their ancestors,” Sheelika told The Hindu.

Co-founder Rahul Narayan also revealed that a larger version of the black cube will be created soon enough, possibly a move to attract more Indians to support the mission. As of now, the company has received about 10,000 names from Indians across the world – a number they are sure will rise closer to the mission date.

Team Indus is the only Indian company to have won the coveted Google Lunar X Prize.