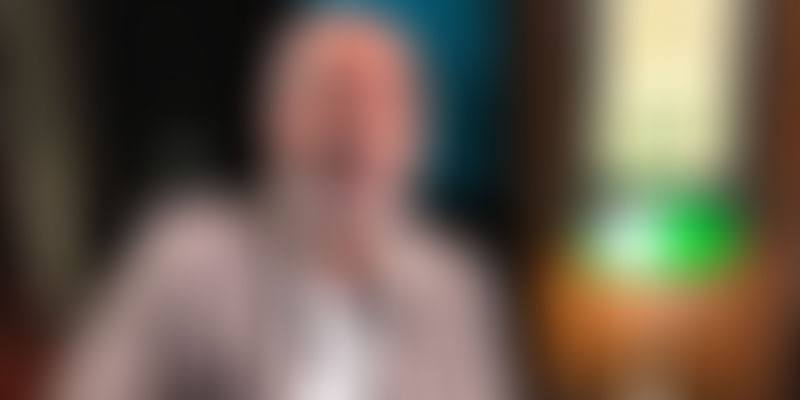 Akash, an engineering student at a college on Mysore Road in Bengaluru, is keen on learning the intricacies of stock picking and trading. He uses TrakInvest, an edutech and fintech company, to learn the ropes of trading and price movements in the Bombay Stock Exchange. He makes and loses money, notional, virtual money rather than the real kind, on the platform and quickly grasps concepts like price-to-earnings ratio and market capitalisation.

For the last six months, Akash has grown confident in stock trading and is very keen to become a trader himself. Currently in his final year, Akash believes that millennials will risk investing in the stock market provided that there are no middlemen handling their portfolios. He says that learning platforms like TrakInvest that use chatbots to coach learners are the future. The company was built with a purpose — to make Indians savvy with equity trading - and it uses bots as teaching mechanisms. "Here, there is no human intervention," says Akash.

On a mission to make Indians equity-savvy

Three years ago, Bobby Bhatia, a man with significant experience in insurance and finance, began building a product that would make every individual understand what trading on the stock market meant. Taking note of the dismal number of trading accounts in India, his idea was to create a platform that made it simple to learn stock trading, paving the way for every Indian to look at the stock market as an intelligent platform. Due to the absence of relevant information about the stock market, the average citizen has come to believe that the buying and selling of shares is only for those who can crunch numbers. Bobby wanted to turn this belief on its head, and thus, TrakInvest was born in 2013.

According to data available with SEBI, there are only 22 million demat accounts in India, a minuscule number when compared to the 350 million trading accounts in China. A total of 2,856 securities are traded with a total turnover of Rs 1,810 crore on a single day at the Bombay Stock Exchange, while its Chinese counterpart, the Shanghai Stock Exchange, trades ten times that much.

The problem in India is more cultural, and has to do a lot with trust - retail investors do not easily trust their hard-earned money in the hands of brokers. Another factor to consider is that the per capita income of Indians is still very low compared to economies like China — it is less than $4,000 per annum here, whereas China sees a per capita income of $12,000.

While there is no way to deal with the latter problem, the former one, that of investing here being dependent on stock analysts and brokers, who are the gateway for people to invest, can, fortunately, be dealt with. TrakInvest believes that if people are given information and trained on how to pick stocks for themselves, they would then make better investors. "What is lacking is information; there is a tendency for people to believe their neighbours or friends when it comes to the market. They do not understand it because they have no avenue to learn about it. Our platform gets them on track in this respect, aiding them in learning the merits of trading in a practical manner," says Bobby.

A meeting of education and finance

According to the Indian Brand Equity Foundation, the education industry is worth $40 billion, and the edutech market makes up 5 percent of that. It is a market that is set to only grow as the penetration of smartphones in the country improves. Meanwhile, on the fintech side, companies like FYERS, Finozen and Zerodha, which are app-based investment vehicles, help consumers trade without having to deal with a stock broker. The next step that they are likely to offer is for the individual to pick his own portfolio and be responsible for it. This is what TrakInvest wants to prepare the new retail investor for.

Bobby is yet to become a believer in robotics advisory, where bots make investment decisions and the individual listens to the machine.

"Robo-advisory is yet to take off. The narrative that robots will be able to tell the impact of certain events or price movements is still yet to fly internationally," he says. He says that while brokers cannot be completely taken away from the advisory side, he believes that over time, the millennial generation will naturally want to invest themselves.

Between 2013 and 2016, TrakInvest has integrated with the Indian stock markets, where people can learn to trade from. The trades that people buy into are real, with movements in the market being updated as they happen; the only difference is that users use notional money to learn the art of trading. "The platform can teach people to make their own independent decisions on investing, and if they get good at it, they do not need a stock broker advising them on asset classes that offer great returns," Bobby explains.

Sources say that the company has raised more than $1 million, and plans to raise its next round soon. However, Bobby does not want to reveal any numbers about the Singapore-registered business just yet. He acknowledges that while they’ve been earning revenues over the past three years, they have yet to achieve a profit, and goes on to state that they hope to become cash-positive by the end of this year.

TrakInvest is, at its heart, a chatbot with a database that understands how markets work. So, when a student or an upcoming analyst is on the platform, he or she can ask inane questions like how much the stock has fallen in two years and how it compares with stocks in the same genre. The bot also suggests investing patterns and trends in the industry. For example, it would explain the possible impact of Trump's policies on business.

There are also over 15 corporates that work with TrakInvest to train their employees. The company works on both B2C and B2B models. On the B2B side, it charges organisations based on the number of employees that are using the app. The company also has a course certified by the IISc on stock trading. It has tied up with close to 5 colleges in India to make students aware of investing.

On the B2C side, each trader can share his trading skills on social media. The company is yet to charge individuals on the platform. Bobby has also launched a similar experience in South East Asian countries. But he believes India can be a large market for TrakInvest because he can add millions of people to begin investing after training on the platform.

"Edtech and Fintech platforms need volumes and adoption to become viable businesses," says Naganand Doraswamy, CEO of IdeaSpring Capital, on the feasibility of such companies.

"Millennials need to invest in platforms that can guide them through investing, and there are a bunch of startups trying to capture that market," says Shashank Khoday, co-founder of FYERS.

While Bobby acknowledges the presence of competition, he believes that he can make it because he has 25 years of financial, investment and corporate experience behind him that helps him understand what sells and what doesn’t. His team of 25 people is all out to make this a large edutech company.