Only 8.5pc of Wikipedia editors are women. How do we fix the gender gap on the internet? 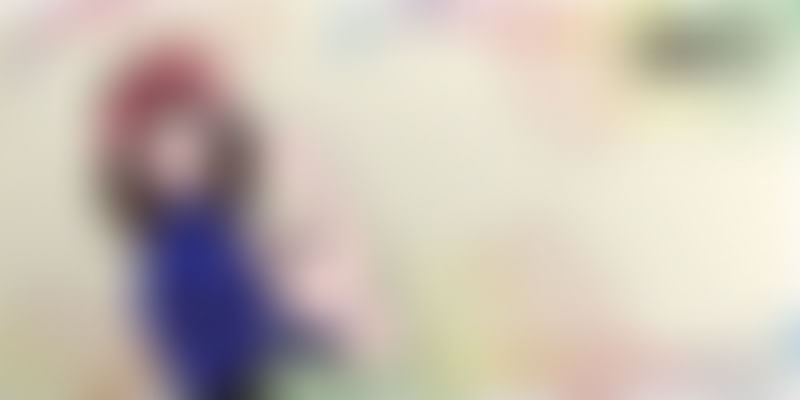 Women-related articles are generally shorter, more prone to deletion, and more likely to be peripheral pieces under male-centric articles.

I was beginning an introduction session at a college in Vijayawada. While my audience (mostly female students) was giggling, I wrote down a simple question on the whiteboard:

The response was some more shy giggling until some students slowly raised their hands. “Sports!” “Technology companies!” “Conferences!” “In governments!” “…When I am in my class.” There is no denying that we all observe the underrepresentation of women at some points and occasions in our lives. However, it is much harder to imagine and notice that Wikipedia, the most used online encyclopaedia and the 7th most visited website worldwide, also poses a problematic imbalance in its content and editor demographics.

In 2011, a survey carried out by the Wikimedia Foundation found that only 8.5 percent of Wikipedia editors were female. Since then, the awareness has risen; many have found the editor demographic imbalance is a strong reflection of what the encyclopaedia does or does not cover, how the written language and discourse were constructed on the pages, and how discussion flows on article talk pages[1].

For example, scholars discovered that women-related articles are generally shorter, more prone to deletion, and more likely to be peripheral pieces under male-centric articles. To elaborate, in the network structure of Wikipedia articles, women’s pages lack centrality as they often provide links and mention related male figures in their writing but not the other way around. A glass ceiling also exists for the notability criteria. The threshold for a woman to be “notable enough” (from the perspective of a male-dominant community) to deserve a Wikipedia page is higher than that of male figures. Thus, the lack of women editors and an already male-centric structure pose a threat not only to the diversity of content but also to the very definition of knowledge.

For years, the foundation and local communities have tried to discover the reasons behind the gender gap and solutions to it. Former Wikimedia Foundation Executive Director Sue Gardner posted on her blog nine reasons that are off-putting for women when they edit Wikipedia.

In India and other parts of the world, various reasons can also contribute to the problem. Awareness, for example, is the first barrier to be tackled. Many women did not know that Wikipedia is editable or that there are Indian language versions that they can contribute to. Internet access and facilities are a couple more reasons. In case someone does not have a personal computer, a woman is usually more cautious and skeptical when using a public internet café and staying out late. Similarly, families of young women editors can be more concerned about their daughters’ participation in men-organised/male-dominant communities, especially when there are offline (on-site) activities. The roots of the issue are not merely at the community level, but also sociopolitical and cultural.

Many events and initiatives have been carried out from local to global community levels. ‘Women in Red (WiR)’, for example, is a global initiative to bring more women-related articles online. It encourages editors to turn ‘red links’ (non-existing pages) into ‘blue links’ (existing Wikipedia page). The project has helped increase female biographies from 15 percent (November 2014) of total biographies on English Wikipedia to 16.75 percent (November 2016)[2]. In March, Wikipedia communities around the globe also celebrate ‘Women’s History Month’, when edit-a-thons (marathons for Wikipedia editing) are held to help create more women’s articles online as well as to recruit more female volunteers and spread awareness. However, is this enough?

“A new debate: what matters?”

As we are raising more awareness, integrating gender gap issues into the community’s strategy plans and coming up with more intervention ideas to reach more potential women editors, it is time to revisit the meaning behind the work. In my early research time, I was to believe that ‘retention rate’ (whether female participants will stay active after an event), ‘number of articles created’, and the ‘event continuation potentials’ are the key factors in determining whether an event can be called successful. But the ideas have slowly changed as I have got to reach more female participants.

As a matter of fact, Wikipedia is about voluntary contribution and negotiating for consensus in quality knowledge creation as well as maintaining a friendly and open environment for all. In other words, we can ‘nudge’ people into Wikipedia editing but we should not (and need not to) ‘push’ them to do it. Especially in the situation of a wide gender gap, we should not make women feel like they are tokenised in the process — that we are targeting them due to their gender and that they should contribute more because they are female, the minority. When asked about the existing problems in the current gender gap interventions, an active Wikipedian once explained to me:

“Say if you are writing the biography of someone then you should be familiar with and interested in that person’s work. That’s why sometimes those gender-specific edit workshops backfire... If you are creating a bio just because this person is a woman, then I think it is missing the whole point of Wikipedia.”

In my opinion and through discussions with several female Wikipedians, I have realised that there should be a new debate and investigation on how intervention goals should be set and what these actions’ long-term results would be. While focusing on the retention rate of a new Wikipedian after an intervention, we limit ourselves in the frame of time and numbers. We should, instead, understand more about new members’ experiences and feedback to pinpoint the good motivations and expected barriers for them. With this information, we should help establish the motivation in event follow-ups and to minimise their barriers as much as the community can. Secondly, article quality should be stressed upon —even if it takes more time to publish her/his first article, it is a much more fruitful learning experience to understand the responsibility of a Wikipedian. After all, low-quality articles not only do not contribute to Wikipedia content but also lead to more deletion, which can be a discouraging experience for those who are new.

For event continuation, we should guide the participants to community engagement and support them to carry out more event ideas that can suit their interests and goals. In short, it is about creating involvement, discussion, and a sense of community instead of continuously pushing events on our end and have the women be passive participants. When asked about how one can define a “successful gender gap-bridging event,” one of the active organisers told me:

“For me, it is when conversations are happening. It is when we have both men and women, and that we can openly have a discussion about the issue and the difficulties and how we want to see changes.”

To put it simply, I believe that we should look at experiences more than numbers, focus on quality more than quantity, and try to reach people (both men and women) to stimulate discussion more than being fixated on the contents needed to balance out the asymmetry.

How to fix the Wikipedia gender gap is never an easy question to ask, but what I am sure about is that Wikipedia and its communities should be empowering rather than result-oriented and that our learning still has a long way to go.

[1] A “talk page” is attached to each Wikipedia article (found on the top-left corner of an article), where editors can hold discussions and debates or leave comments during the editing process.