This café in Chennai is hiring burn-survivors as its staff, offering them a chance at a better future 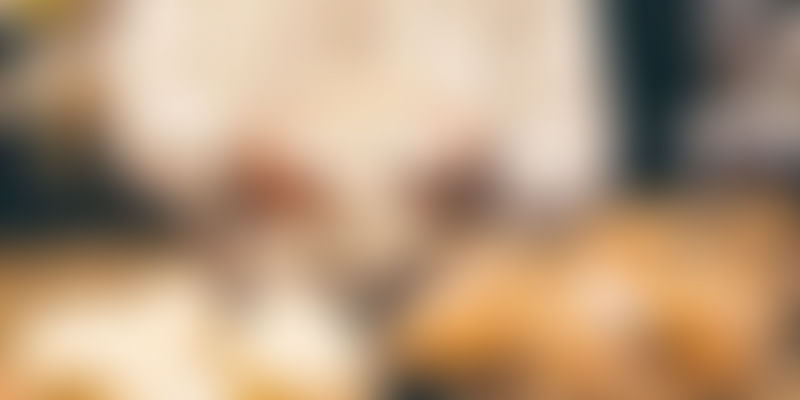 Society can be very cruel to those they deem as ‘different’. Be it a disfiguration or a disability, we’re the first to turn our heads away because it doesn’t resonate with our fixed norms of accepted beauty. Instead, subconsciously or not, we recoil from these individuals we deem ‘outcasts’ and even today subjugate them to living on the brinks of the same erroneous society.

However, people can surprise you. In the midst of this clear-cut divide between the ‘ordinary’ and the ‘misfit’, there are some individuals who break through this man-made barrier and reach out to the latter, bringing them back into a world that is rightfully theirs and encouraging them to live with grace and courage.

Such an instance of good will and hope is seen in this recently-opened café in Chennai, which hires women who are burn-survivors as its staff. thus offering them a new lease on a better life.

Some of these women were victims of attacks by others. Some had even immolated themselves, looking for an out to their despondent and then hopeless lives. Take, for instance, the story of 42-year-old Manjula. As she told The Better India, her past was fraught with abuse and derisive subjugation at the hands of her husband and in-laws. The horror she faced was enough for her to attempt self-immolation. Surviving the attempt, Manjula was left with burn marks all over her body, making her a social outcast in her own mind in addition to those around her.

However, today she works from 9 am to 10 pm at Writer’s Café, which opened its doors to these women and the hundreds of customers it has seen since on December 11, 2016.

“It feels super to be working here. All of us have forgotten our past problems and are moving on. We feel like we can do anything. We now have that confidence we didn’t before. We have been given so much freedom,” she stated.

Indeed, the same women who were looking to end their lives not long ago are now independent breadwinners for their families and respectable members of ‘polite society’ as we all know it.

This initiative is the brainchild and pilot project of entrepreneur and restaurateur M Mahadevan, in collaboration with the non-profit organisation International Foundation for Crime Prevention and Victim Care (PCVC), which receives the profits earned from the café. The organisation, in turn, dedicates these funds towards the well-being of other women having survived similar attacks.

Before these women are employed into the café, they receive vigorous training for three months, where they are taught how to make gourmet dishes and various exotic delicacies to meet the theme of the restaurant. For this, the organisation requested Silke Stadler, a chef from Switzerland, to fly into the state and train these women.

“It gives them a new lease on life. They are happier here, learning and earning. We provide them with training, employment and also mediclaim…all the facilities any general employee gets,” Karan Manavalan, the Unit head and chef, told Scoopwhoop.

Mahadevan delegates the charge of this initiative to Karan, who in turn spoke about how skill isn’t a necessity for hiring purposes in this realm. Rather, it is do more with the fact that the women in question have to be willing. As for Mahadevan himself, he confesses that his comradeship with these women arises from his own personal struggles.

“I come from a humble background, have known hunger, gone without a roof to stay, these feelings help you to build a platform to help your fellow humans,” he says.

The entrepreneur was happy to inform that the revenue earned from the various cafés and bakeries under his projects are enough to sustain them, a proof to its gradually-building popularity. This rising demand and increase in sales is pointed out by Karan as well.

“The response that we have seen from people is phenomenal. In fact, we have people who have already visited more than eight or nine times, which is really heartening,” says Karan.

As for the women themselves, they couldn’t be more thrilled about the fact that they are receiving an opportunity to not only live a peaceful ordinary life but also earn their own keep for the sustenance of both themselves and their families.

This heart-warming initiative by Mahadevan, Karan, and others has rekindled our faith in humanity, and we hope for many more of these in the future.