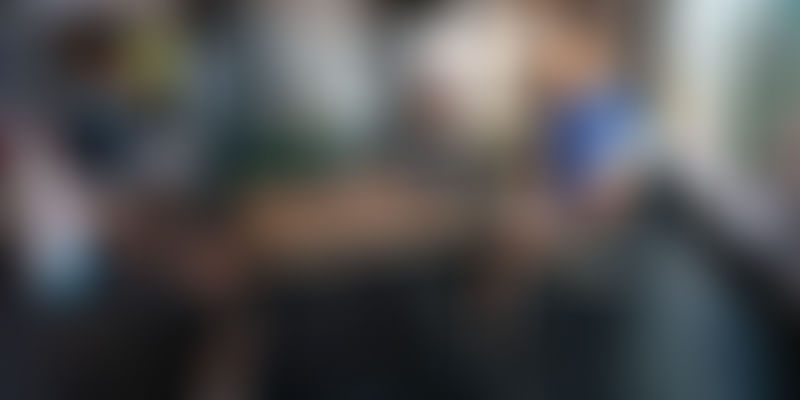 The Bike Affair’s mission is to ensure that a rider has fun riding a bicycle.

As the bicycle turns 200 years old, its usage has been reducing over the years due to an increased reliance on motorised transport. In the already small pool of people who cycle, those who use high-end gear ones are even smaller in number. So, it is quite natural for this small group of high-end cyclists, who cycle for the love of riding a bicycle, to find it difficult to get help to select and maintain their cycles. Even sourcing a spare when the bicycle breaks down becomes an ordeal in this case.

So, a group of software employees and enthusiastic cycle hobbyists in Hyderabad one day decided to open a store themselves to be part of the solution than to just complain about the issue of not having enough support to indulge their love for cycling.

It all started when Krishnendu Basu, a software engineer, took to cycling after he found a lot of free time on his hands. He spent the time exploring, cycling and going on cycling tours.

Along the way, he discovered new aspects and modifications to the humble bicycle, and was excited to find that it could have 18 gears in its modern form. Upon reading and learning more about the gear bikes, Krish bought himself a brand new gear cycle. All was hunky dory, until Krish realised that maintaining his bike was no cakewalk.

After a little bit of digging, Krish found out that although there are stores in Hyderabad that sell high-end bikes, few knew about the significance of each bike, or were aware about servicing the bikes, or even where to procure the spare parts from.

Krish (41) and Gokul Krishna (39), who were colleagues at the time, decided to find solution to this problem, and founded The Bike Affair in August, 2009.

Early on, Gokul and Krish worked part time at the store, putting in time mostly early mornings over the weekends. This way, they managed to deliver all the bikes for the first ten months. After about a year, both quit their respective jobs and started working full-time for The Bike Affair.

We were very close with the cycling community, and soon they started realising that we had a refreshing way of offering service. Our aim has always been to help a customer choose the best cycle for his needs. Initially, people would walk into our store asking for a mountain bike. Upon asking why they needed one, their explanations usually pointed to a typical hybrid bike, says Gokul.

Currently, The Bike Affair has two stores with seven people on board.

After being in the business for almost six years, Gokul and Krish began to understand that the local terrain needed its own set of bicycles designed and manufactured by the locals.

"Somebody designs the cycle, someone else makes it and then someone buys it in India as a distributor and then sells it to us as a retailer and then we sell it. If there are so many levels involved and you are at the lowest point, what we realised is that it is difficult to add value beyond a point. Our own experiences and interactions with customers gave us better clarity on what would better suit Indian riding conditions." says Gokul.

He used this knowledge and customised a bicycle that had better value. Thus came into being the very first custom-made bicycle brand from Hyderabad, Astr, in November, 2015.

Astr introduced custom-made 'fixies', which are perfect for Hyderabad's terrain. Fixies are bikes where the rear wheel doesn’t rotate freely when you stop pedalling and allows one to brake with the leg strength. Fixies offer more control and remain connected with the cyclist. Currently, the team has come up with two models, and is working on an advanced prototype for the third model.

We have played a significant role in the growth of these kinds of cycles, and the revival of cycling as a lifestyle activity in Hyderabad,” Gokul says proudly.

In addition to running The Bike Affair and Astr, Gokul and Krish also organise leisure rides to encourage new riders and long rides covering about 70km for regular riders. Recently, the team conducted a women-only ride to get all regular women riders in the city get to know each other, and also to encourage women riders in general.

The team is organising an Ooty Basecamp, which is a three-and-a-half day riding activity across some breathtaking terrain on Tamil Nadu's countryside.