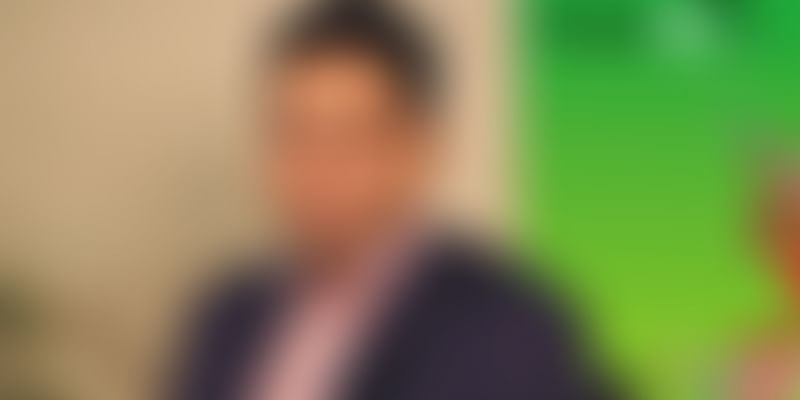 The business has hit Rs 100 crore in five years, thanks to banks wanting to back up data in a cloud-based architecture.

When, in 2012, Sridhar Pinnapureddy wanted to build a cloud-based architecture that could back up voluminous core banking data in multiple copies, his team from his previous company – CtrlS – thought he had lost his mind. They wondered why anyone would leave a Rs 250 crore data centre business and go after building copies of banking data on the cloud. "My entire marketing team thought I was taking a big risk. It was risky because of the regulations that I had to abide by to maintain data on the cloud," says Sridhar, Founder of Cloud4C.

Sridhar went to all the large Indian and global banks that were using his data centres and began to convince them about the merits of storing data in four copies without having to make any upfront investment. It took him a good year to win clients and kickstart big revenues. Once he convinced the top banks, he went on to sign up more than 50 financial institutions in 2013, now it works with over 2000 clients.

The name 4C is derived from its four copy cloud architecture, designed to provide the highest uptime, disaster recovery, and security. The company’s architecture is fully compliant with the best practices mandated by the RBI, SEBI, NYSE, and HIPAA.

"The cloud makes it easier in terms of pricing, and they have their data protected," says Sridhar.

Removing the fear of the cloud

How did four copy cloud emerge? Banks are fed up with issues arising out of technology obsolescence and re-investment of costs again and again, complexities arising out of regulatory needs, business continuity, and security needs. Over a period of time, IT infrastructure has become extremely complex, and even large organisations have challenges in addressing all these needs.

For example, a bank needs around 25 or so applications (such as ATM, Credit/Debit Cards, Mobile Apps/SMS Apps/Loyalty Apps, Business Intelligence, and ADF/NEFT/RTGS/Online Banking) to serve their business needs, apart from core banking and regular business apps like CRM/HR. To protect these IT applications from data loss and security breaches, banks usually have more than 40 controls using over 30 security tools.

To deploy and manage these applications requires engagement of a large number of vendors, SLS, and service providers, and an in-house team to manage them. Cloud4C's Bank-in-a-Box solution helps reduce this complexity by providing all the required applications on their banking community cloud, and manages their infrastructure and applications with a single SLA (Service Level Agreement). "We have partnered with major global software vendors for the same. We developed similar solutions for manufacturing, insurance, and healthcare providers," says Sridhar.

Now, all this is the power of the cloud. According to Gartner Inc, the public cloud market is $200 billion in size, with the market in India being worth about $1.5 billion.

Everyone from Tata Communications to Reliance Industries is getting into this business. But Sridhar has taken the revenues close to Rs 100 crore, and is now crafting a strategy to reach Rs 670 crore in five years. He says that he needs to work with CIOs of global banks to educate, engage, and enable the services of Cloud4C.

There are over 40 countries in the world that have the need for cloud services but do not yet have local cloud service providers who can perhaps provide them world-class solutions and capabilities to deliver robust cloud services for global enterprises. Besides this, all these governments have passed data sovereignty laws mandating that the data be located within their country. Cloud4C aims to fill the gap by being the first to establish a presence in these 40 countries and comply with the local laws by deploying their cloud infrastructure in those respective countries.

Over 2,000 customers are using Cloud4C cloud services, with brands such as PWC, Aditya Birla Group, Bharti Airtel, Exide Industries, Daimler Chrysler, and IndiaFirst Insurance being powered on their cloud.

"We are extremely happy with the services provided by Cloud4C. All our applications, which are mission critical in nature, have been successfully deployed on their cloud infrastructure," says Saurabh Gupta, GM-IT & SAP, 3B Fibreglass.

"The solution not only enabled our ability to withstand disasters, but also helps save our costs by 60 percent and above," says Swapnil Shirwadkar, Head – DC Ops & IT Projects, IndiaFirst Life Insurance

Building a business with banks is bumpy. In Cloud4C's case, they had three waves of development. The first wave had its share of issues in research and development – they had several customers who agreed to be a part of this innovation and were a part of the beta offering. These first customers were kind enough to highlight the issues faced with their cloud architecture – mostly in the form of performance and deployment challenges.

The second wave was about optimising the security, scalability/elasticity, and 4copy challenges – they took nearly a year between 2013 and 2014 to overcome these challenges. Then, they were faced with the task of convincing CIOs and decision makers to embrace the cloud, which they overcame through trial offers and deploying proof-of-concept solutions to build faith. The last and final challenge they witnessed was in optimisation of inbuilt features such as high availability, backup, and disaster recovery.

"There are not many people who focus on bank infrastructure in the cloud because it is highly regulatory, and that's where only domain knowledge players can make an impact," says Mohandas Pai, MD of Aarin Capital.

There are IaaS (infrastructure as a service) companies like Google, Microsoft, HP Cloud, C A Technologies, GoGrid, Verizon, and Amazon, but what they provide are vertical-agnostic services, where data services can be built by the business. The domain knowledge is clearly with Cloud4C to scale up operations.

"Cloud-based data backup services need work in data centres that give 100 percent uptime and should be available at all times," says Naganand Doraswamy, CEO of Idea Spring Capital.

Sridhar says the company is profitable, with most banks making payments on a recurring monthly basis, and the company has signed long-term contracts. He is well on his way to building a large cloud-based business.