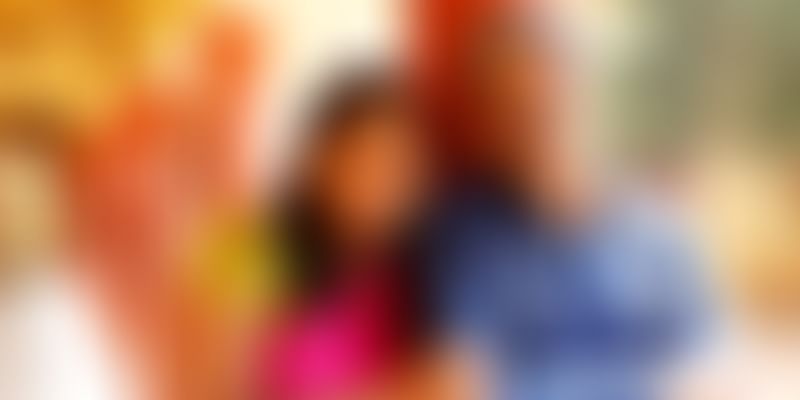 Reaching out to the children in the lower socioeconomic strata who need congenital heart disease diagnosis and treatment is vital because their families are daily wage labourers who can barely afford to eat a meal a day.

Access to good healthcare and medical services is often a costly affair in India. Despite the support and affordable treatment provided by government hospitals, 78,000 infants in India continue to die each year due to congenital heart disease (CHD).

Although the number of deaths is alarmingly high, the disease has failed to get widespread recognition. Due to lack of awareness and the high costs involved in the surgeries, families from the lower economic strata often fail to get the required treatment on time, resulting in early child deaths.

Witnessing several such cases first hand, Dr Gopi Nallaiyan, a Paediatric Heart Surgeon, refused to continue to feel helpless. With the support of his wife, Dr Hemapriya Natesan, he set up the Little Moppet Heart Foundation which aims to provide financial and medical support to every child who suffers from CHD.

An attempt to change the inevitable fate of congenital heart disease

According to various studies published by the US National Library of Medicine-National Institutes of Health, two out of every 100 children in India are diagnosed with CHD. This disease, identified as a defect in a new born’s heart structure, is widespread and the treatment costs about Rs 1.5–3 lakh. Further, due to the lack of awareness combined with the ill-equipped medical help at government-run rural healthcare facilities, parents often face difficulty is getting the right treatment at the right time.

“Reaching out to the children in the lower socioeconomic strata who need CHD diagnosis and treatment is vital because their families are daily wage labourers who can barely afford to eat a full meal a day,” says 36-year-old Dr Gopi.

Most rural health facilities are well-equipped to handle outpatient department and minor surgeries. Given the complicated nature of this heart disease, most CHD cases are referred to healthcare centres at the district levels. However, Dr Gopi, who has performed over 500 surgeries across the country, says that most tertiary and district medical centres are also unable to handle CHD.

Due to lack of infrastructure and doctors, parents are forced to shuttle between different hospitals, thereby, fatally delaying their treatment. Moreover, most families cannot afford to lose several working days in search of medical specialist and free treatment. Hence, the children’s lives are left to fate and their inevitable passing away is accepted.

Elaborating further, Dr Gopi says that in 2015, he met a bright six-year-old girl with an inevitable fate – an early death. Though the child was diagnosed with congenital heart disease when she was six months old, her parents didn’t know what to do next. They went to Chennai to explore further treatments options and were left shell-shocked by the costs involved in the surgery. By the time they approached Dr Gopi, her condition was inoperable and chances of her survival were negligible.

Hence, after witnessing several stories from similar patients and being a father to two little children, Dr Gopi and Dr Hema decided to start an NGO, Little Moppet Heart Foundation.

“It wasn’t an easy decision to quit a well-paying job and start an NGO, but I had to stop feeling helpless and continue watching the lives of these bright, beautiful children being snuffed out by CHD.”

A foundation which has a heart in the right place

Founded in 2016, the Little Moppet Heart Foundation has conducted five camps since November last year and Dr Gopi has successfully performed 15 surgeries. The sole aim of the organisation is to spread awareness about CHD and more importantly, providing free medical and surgical treatment for the underprivileged children so they can lead a healthy and happy life.

The organisation hosts health camps across Tamil Nadu to screen children and identify patients with CHD. Not only does the organisation provide free treatment for the child, but the couple also conducts counselling sessions for the families – educating the parents about post-surgery care and the precautions in order to improve their overall quality of life.

Further, through awareness campaigns, the organisation intends to inform young parents and pregnant women about the widespread nature of this disease. “We want to spread the message that CHD is curable and it is super important that it be detected and treated early,” says 34-year-old Dr Hema, a Medical Doctor and Founder of My Little Moppet.

The organisation believes that whether rich or poor, every child’s life is precious, and underprivileged children should not be denied a chance to lead a long and healthy life because they can’t afford the treatment.

Based in Tamil Nadu, The Little Moppet Heart Foundation have screened approximately 4,200 students through the government school health screening system and have touched the lives of more than 800 individuals within a span of just five odd months. However, Dr Gopi explains that diagnosis of the disease is just the beginning and due to the lack of facilities in higher government medical centres, parents are often advised to avail treatment themselves.

The couple wishes to help families across India and work especially in the states which have an underdeveloped healthcare system. However, funding and availability of trained doctors at rural area remain a major challenge for them.

“Our vision is to not only take The Little Moppet Foundation camps to all these rural areas, but we also envision a robust referral system where the parents are helped in every step till their child gets the right treatment at the right time,” says Dr Gopi.