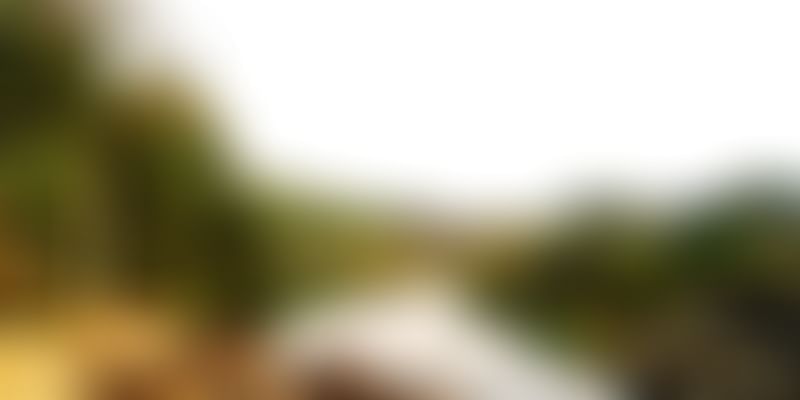 While the Central Pollution Control Board's recent study highlights the problems with rivers today, it does not have clear-cut recommendations or actions to resolve them.

The sewage generated from 650 cities and towns situated along the 302 polluted river stretches in the country has increased from 38,000 million litres per day (MLD) in 2009 to 62,000 MLD in 2015. Sewage Treatment Plants (STPs) have been unable to cope with the sewage that has increased from 26,200 MLD in 2009 to 38,000 MLD in 2015. In fact, the study claims that this discharge of untreated sewage and industrial waste into rivers has emerged as a major cause of pollution in 16 of the 40 interstate rivers in the country.

What else does the study reveal?

The CPCB study looked at the water quality with respect to indicators such as Bio-chemical Oxygen Demand (BOD), Dissolved Oxygen (DO), indicator of pathogenic bacteria (Total coliform) and Total Dissolved Solids (TDS). It found that the water quality was gradually deteriorating and not prescribing to the required quality standards, thus making the river waters unfit for any use.

Total coliform count is a quality parameter that is indicative of the sanitary condition of the water in terms of the presence of bacteria that can cause diseases such as diarrhoea and typhoid, among others. As high as 85 percent of the locations that were tested had a total coliform count way above the prescribed safe limits.

DO is the amount of free oxygen found in the water. Very high or low levels of oxygen can be harmful to aquatic life and also affect the quality of the water. Twenty-one percent of the river locations had water quality that did not ascribe to the prescribed standards.

Which rivers are most polluted?

Could pollution worsen the disputes over sharing of interstate river waters?

Indeed, recent evidence shows that water pollution could become a contentious issue between upstream and downstream states that share common rivers. For example, Tamil Nadu and Karnataka are already at war, with Tamil Nadu having moved to the Supreme Court seeking to restrain Karnataka from letting untreated sewage and industrial effluents into Cauvery and its tributaries. Worry is being expressed over the polluted nature of river Bhima in Maharashtra that flows through Solapur and then into Karnataka.

Conflicts could get more complicated because of these water quality concerns in addition to the existing quantity concerns, with further limits on the availability of water resources. Recent news indicates that the war between Tamil Nadu and Karnataka is worsening because of poor rainfall in the catchment areas of the Cauvery leading to the fear of water scarcity.

What is the CPCB doing to deal with the problem?

One of the functions of the CPCB under the Water (Prevention and Control of Pollution) Act, 1974 is to coordinate activities of the state boards and resolve disputes among them. The study undertaken has been one of the steps to resolve the disputes between states in relation to river pollution by trying to understand the extent of deterioration of the rivers in the country and prevent the flow of highly polluted rivers from one state to another.

The report says that the CPCB has already taken steps to deal with the situation. As one CPCB official told the Times of India, the states with identified polluted river locations have been sent letters with directions to the concerned state PCBs to deal with the pollution issues in their respective states.

Efforts by the CPCB: too little, too late?

The report does not go beyond mentioning the polluted rivers and suggesting actions like issuing notices, nor does it seem to reflect on the issues around the present state of water conflicts. Even the recommendations that it makes seem to be nothing more than lip service, without suggestions for any constructive mechanisms that demonstrate how to actually bring about the changes that it suggests.

Dharmadhikary argues that it reflects the lack of political will on the part of the Central and State PCBs to find a solution. As a result, the actions undertaken only include issuing of notices, which do not serve any purpose as most are not taken to a logical conclusion. "The Pollution Control Board could at least set an example by taking up the case of a single industry and taking it to a logical conclusion. That might also help other industries to understand", he says.

Experts are also critical of the findings of the report. Parineeta Dandekar from SANDRP raises serious questions regarding some of the report's findings that indicate that rivers such as the Bhima, Krishna and Wardha have 'good water quality at every location'. Indeed, evidence from Maharashtra shows that Bhima and Krishna are some of the most polluted rivers in the state. Wardha is severely polluted due to acid mining discharge by Western Coal fields. Even the Cauvery has been reported to have very poor quality water as it enters Tamilnadu, which has led to Tamil Nadu taking Karnataka to the Supreme Court. She argues that the findings of the report are highly misleading and raise serious doubts regarding the way in which the study has been done and also the usefulness of the report for states to monitor pollution of their rivers.

The report mentions that the rivers do not have enough water to dilute pollutants. Experts argue for the need to have a complete re-look at how not only interstate rivers, but all the rivers in the country are managed, as many of the rivers have little water due to the construction of big dams over them or large-scale water diversions.

Dharmadhikary argues that a poor understanding of the treatment process undertaken to clean rivers leads to incompletely treated pollutants being dumped back into rivers thus creating the necessity to track the whole pollution chain to address the problem. A wider, holistic conceptual plan that includes all these issues needs to be broken down into smaller processes that can be tracked individually.

Joy argues that proactive steps such as the establishment of better quality monitoring mechanisms, better coordination between CWC, CPCB and SPCBs that monitor rivers across the countries must be taken that will help bring out better data on rivers, and the establishment of regulatory mechanisms for upstream and downstream states.

The relationship between upstream and downstream states sharing a river is often asymmetric as actions of the upstream state can impact the one downstream and not vice versa. Joy says, "We should have mechanisms to incentivise upstream states to prevent polluting its river waters, maintain environmental flows of rivers with support from the Centre and also penalise states if they fail to curb the pollution with compensation for the affected. However, all this is only possible if institutional mechanisms are made to work jointly and transparently".

Meanwhile, discussions among upstream and downstream states over pollution of water sources continue to grow, with reports of fresh notices being served to state boards to control the pollution levels of their rivers. With freshwater resources declining, more and more rivers turn into sewage carriers. Also, the monsoons continue to evade us, and debates on the dangers posed by the use of untreated sewage water from rivers for agriculture rage on!