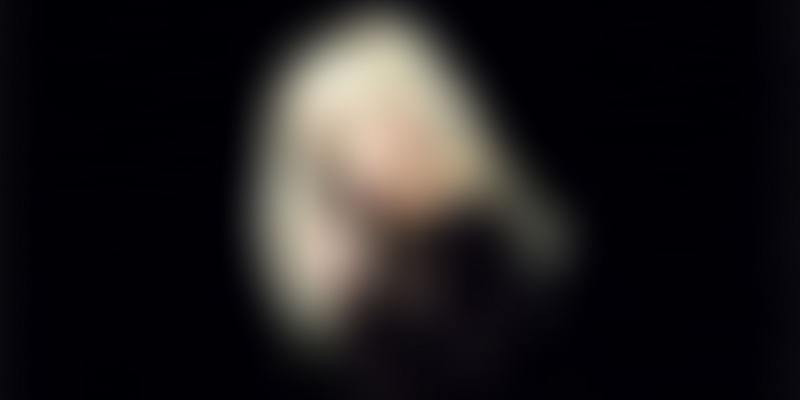 Lady Gaga has certainly been the recipient of more than her fair share of censure. Daring to be different in a world governed by conformity and pre-determined boundaries can automatically get you ostracised, especially if your antics challenge the norm and give root to the dreaded question – ‘Can I also be different?’

Fight it as much as you will but society still largely conforms to the idea of the perfect girl and perfect boy, of what they should look like, how they should speak, who they should interact with, and the many other frustrating factors of ‘shoulds’ that are forced on us from the very minute we hit puberty. Lady Gaga was no exception to this erroneous rule. Born into an upper-middle class family of entrepreneurs, she spent her childhood indulging in privilege at an upper-east side mansion in Manhattan, not realising that one day she’d be hit by a spell to stand for a greater cause and message.

Being enrolled in a private Christian school among the crème-de-la-crème of Manhattan’s elite, Gaga’s budding desire to shock her peers led to a series of isolated lunches, name-calling, and black-eyes. A teenage Gaga realised very early on that the worst attacks come from within a closed society that is candidly intolerant of those brave enough to challenge the system.

Following this, Gaga indulged in the somewhat predictable nuance of the life of a rebel – running away from home, camping out in a tiny bedroomed apartment, dancing tables to make money, and consuming a whole lot of drugs. However, her break came when she caught the attention of the iconic R&B star Akon, who signed her on to his own label.

Since then, it’s been platform after platform for the iconic Lady Gaga, open to professing her ‘uniqueness’ to the world, and all the happier to show the finger to those who chastised her for it.

“I could give you a million reasons why you don't need to cater to anyone or anything to succeed. Be you, and be relentlessly you. That's the stuff of champions,” she said, as a pointed message to those body-shaming her following her Super-bowl performance.

Wrongly accused of being a symbol of ‘self-objectification’, Gaga on the contrary had an important social message for every meat-outfit she sported or for every body part she flaunted. In an interview with Ellen DeGeneres, Gaga answered the widely-speculated question of why she wore an outfit made of meat for her popular shows. In this particular instance, she had appeared at the show with four servicemen and women who had been dismissed from their jobs for being homosexual, although the ‘official’ reason on paper was deigned something else entirely. To Gaga, her dress had been a part of a statement:

“If we don't stand up for what we believe in, if we don't fight for our rights, pretty soon we're going to have as many rights as the meat on our bones.”

As this dynamic woman turns a year older today, we examine why, against all odds, Gaga is the embodiment of a powerful and inspiring icon for the youth of today.

“Being a lady today means being a fighter. It means being a survivor. It means letting yourself be vulnerable and acknowledging your shame or that you're sad or you're angry. It takes great strength to do that.”

A popular article by Judith Jack Halberstam, a Professor at USC, first suggested the idea of a ‘Gaga feminism’ – a new era of contemporary feminism, which as she defines it, “is a politics that brings together meditations on fame and visibility with a lashing critique of the fixity of roles for males and females.” While most old-school professionals in this field have strongly devalued it for ‘encouraging objectification’ that they believe Gaga represents, it has still made quite a mark on the younger generations of women, who have looked towards Gaga’s casual dismissal of propriety with great motivation.

Adherents to this kind of contemporary feminism also go beyond the bounds of glass-ceilings, wage-gaps, and professional bias. They extend their activism to the throes of everyday life, of women being objectified and judged every day, for the way they dress, the way they speak, and even the company they keep. Gaga’s purposefully flamboyant actions of wearing ridiculous meat-plastered outfits, declaring her bisexuality, and her warped presentation of beauty has paved the way for young girls to finally believe that they don’t have to conform the incredibly difficult beauty standards that society has been inflicting on them. Her dramatic statements have helped them nurture a confidence to speak for what they believe in without fear of reprimand.

“I heard my body is a topic of conversation so I wanted to say, I'm proud of my body and you should be proud of yours too. No matter who you are or what you do.”

Body shaming is one of the greatest and most subtle ways of wrecking an individual’s confidence. An analysis by the Centre for Advancing Health states that students who are made to believe that they are overweight are likely to be more prone to depression and suicide-attempts. Gaga has been a victim of body-shaming for almost all of her career. But as she has stated in countless interviews, she couldn’t care less. Her philosophy is that you are the only one who has a right over your own body and by default, the only one who has an opinion on it as well. This brave and self-taught philosophy has been reflected in her music and on her person, both of which has inspired young girls to rise up in the fight against body-shaming and embrace and love their bodies and selves, just as they are.

Lady Gaga may have been called a number of things – some kind and some not – in her journey to stardom. But she knows better than anyone else who she is and what she represents, a blessing she wants to pass on to the rest of the women across the world. Simply put, her message is this – just own it!