From corporate banker to CEO of her own production house, the journey of Prashanti Malisetti 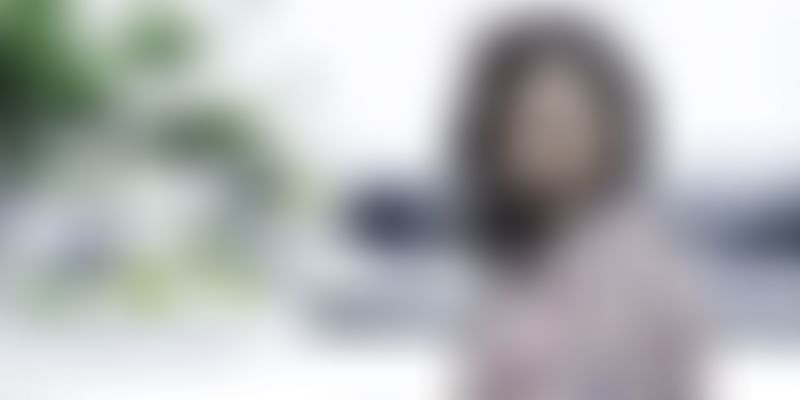 Prashanti Malisetti is the 32-year-old founder of Pixel Pictures, a leading production house in South India.

“Many of my earliest memories revolve around watching elders make functional decisions on a daily basis. Unlike cities, where many wastages of living are an acceptable fact, small town living is different. I learnt to appreciate the small things in life,” says Prashanti Malisetti, CEO, Pixel Pictures.

Hailing from a family that ran multiple businesses, including film distribution, Prashanti spent her early childhood in Pithapuram (East Godavari district, Andhra Pradesh), in a large joint family. Finishing her MBA from Symbiosis, Prashanti began her career in a bank.

But once she was done with her MBA and settled into the job, Prashanti realised that it was not really what she wanted to do with the rest of her life. She says that while the job was professionally satisfying, it didn’t give her the creative freedom and expression she needed. Having participated in extra-curricular activities and worked in various groups, she found that it was there that her passion lay; the work made her feel more alive. She says,

“Stage, sound, artists, camera, edit, and compiling soon became everyday words. I realised that though the kind of programmes and events were changing, production was still done from a traditional perspective. There was a great degree of mismanagement of talent and communication because some people on the field were clueless when they were asked to incorporate last minute changes that had been decided by the management.”

She found that production houses were essentially responsible for developing content, but had no control over the format and storytelling itself. However, the success of the show depended on the content. So, shedding her corporate banker hat, Prashanti went knocking into sets of production houses armed with a folder full of plans to prove she could make a difference.

“I got an opportunity to volunteer on the sets of ‘Luck unte Lakshmi’, followed by ‘Deal or no Deal’ in early 2008. These shows gave me the confidence to experiment and hone my skills to take my steps into production,” says Prashanti.

Soon, she chose to enter the television production industry with a game show format. She ended up founding Pixel Pictures in 2012, and it made its premier mark in 2013 with the success of ‘SaReGaPa little champions’ for Zee TV.

When Prashanti started Pixel, it was a really exciting time in South Indian television. The industry had just woken up to reality television, and there was a lot of interest in adopting international shows in India. “The industry, for the first time in a very long time, was open to change – in content and in production values,” says Prashanti.

Changing with the times

However, the turning point came in 2015, when Prashanti got the opportunity to visit Cannes, France, for the MIPCOM event. This visit changed her outlook on production. The month-long event gave her the opportunity to meet international television masterminds, format producers, and distributors.

“It was a great experience to hear several keynote speakers sharing their experiences and the challenges faced in production. There were several helpful workshops as well, which dealt with various aspects of production. It was a great learning experience. It helped me prepare ahead for some of the changes that happened in the Indian television industry, which put Pixel ahead of the pack,” says Prashanti.

It was then that Prashanti realised that anyone with a camera could now make a video and upload it on YouTube to create a frenzy; in the face of this explosion of visual content, actual shows with good, planned content are very important. A show’s content is bigger than the artists, and show makers need to remember the ethical value of it.

When Prashanti launched Pixel Pictures, production houses were typically large, established houses that had been around for decades. Investment was hard to conceive for first-timers in this industry. So, Pixel was started with personal funds, because Prashanti believed in this dream of building her own company, one that would be different and pay importance to every step of the creative process.

“Profitability came much later, because this exercise of reshuffling funds between shows is a continuous process. So yes, there was sweat, blood, tears, and several sleepless nights,” quips Prashanti.

Content became easier when they acquired ethical production rights for the shows. She adds that they are proud of the first season of ‘Minute to Win it’, produced for the local audiences both in Kannada and Malayalam individually.

Prashanti believes that a large part of the success of the shows has been due to nativising for the local culture and audiences who watch the show. For example, they roped in mega television celebrities in Kannada on Colors TV to play against both the clock and each other to win. The special championship version of the same show was played for the charities they (celebrities) represented.

Even today, the ride isn’t simple. At the age of 32, and with just over four years of production under her belt, Prashanti believes that the biggest bias she faces is her age. She says,

“Many expect the leader of the production house to be older; they look beyond me when I enter the boardroom, and I’ve faced several instances where I’ve been asked if my ‘boss’ would be joining us.”

The disappointment or surprise lasts for a while, at least till they are 30 minutes into the meeting. But once sentences are repeated, and the vision laid out, attitudes begin to undergo a change.

Production houses are like any other business; you just need an aptitude to be more patient than others and have a good set of backup plans for each plan. Prashanti says that she was inspired to be a producer and determined to tackle the first challenge of making the business more organised.

Bringing in a new format

The traditional TV production houses lacked organisation hierarchy, though the television channels did not. Her vision was to lead Pixel in the ethical route of production, and with that came an abundance of legal stones to climb and trademarks and copyrights to procure.

“Formats in non-fiction were the genre space created for Pixel, and many pilots were created till channels started accepting our version of concepts. The team that you pick is vital to create the content you envision, and the challenge is to find capable shoulders to lean on to complete the same,” she says.

Television is growing, with a diverse audience to cater to. Prashanti adds that the platforms are also changing, with audiences increasingly moving towards the mobile platform rather than conventional television medium. With HD and now HD+, technology and equipment is are also changing, and players in the field need to adapt to move forward. The concept of watching television for 45 minutes or 23 minutes is also bound to change.

She believes that shorter length in programming is gaining more viewership, and that youth programming has potential for growth. At Pixel, the team claims to be experimenting in the areas of infotainment, digital content, and documentary-style storytelling, and will probably venture into the realm of seasonal programme productionas well in the future. They are also considering expanding into new geographical areas.

Explaining all the hard work that goes into her work, Prashanti says,

“Internally, we have a very informal culture of work. That changes when we approach the channel and other vendors. Every shoot involves gruelling schedules with long hours, where individual reasoning is well tested; at such times, it is important to deal with things with patience and maturity.”

Contrary to films, Prashanti thinks television is driven from a strong female gender perspective. A lot of the content is aimed at women, and it is important to have a woman’s perspective here. She adds that, today, there are several young women producers, and the number is only increasing by the day. The different genres of content that are available on television have created various new avenues for new producers, regardless of gender.

“I have always looked up to pioneer producers like Ekta Kapoor, and closer to home, Radhika Saratkumar. Their strength and grit inspires me, they have laid precedence for women producers like me to express ourselves and grow independently in this industry,” says Prashanti.

She also believes that women are inherent managers. From a young age, women constantly juggle multiple roles and expectations, and it makes them great at multitasking. This can make them great managers if they learn how to translate that skill into their professional lives.

Prashanti’s advice to women producers is this,

“To women producers, I would tell them not to be afraid to experiment, to create. The industry has never been so open to innovation. Learn, imbibe anything and everything, even it seems useless at the moment. Everything has a purpose when you are an entrepreneur. An openness of vision is important for a producer. Try to voice your opinions, even if they are unconventional. Make a start of being heard, just to get used to the feeling. Be brave in your thoughts, even when no one else can see your vision. Have a clear vision and drive that concept clearly, the show is important in production, and is always much bigger than the people behind it.”