200 slums in Pune are open defecation-free, thanks to these valiant Safai Sainiks 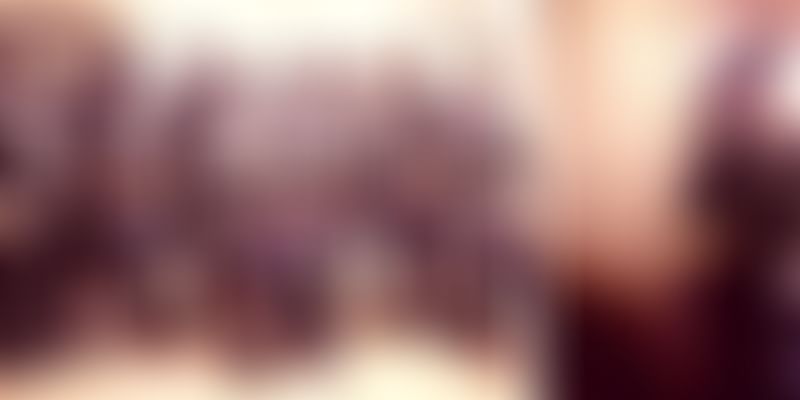 ‘These men are our warriors in the war against indignity.’ Close to a hundred Safai Sainiks have been working round the clock to give back to the urban poor their dignity.

Each morning, a group of men clad in khaki rise with the sun and set out to the battlefield. The war they’re waging, however, isn’t against any army. These Sainiks brave the enemy that is unhygienic and poorly maintained community toilets, and have dedicated their lives to a swachh Bharath, a cause no less noble than that of the army.

Swapnil Chaturvedi, or the ‘poop guy’ as he is fondly called, is the founder of Samagra, an organisation that has been providing sanitation services for the urban poor for four years now. Talking about his battalion of Safai Sainiks, Commandos, and Brigadiers, he prepares me for a surprising status quo. “These Sainiks are very happy and love what they do,” he says. In response to my silent disbelief, he adds, “You will know when you talk to them.”

And sure enough, when Gautam Kumar sits before the screen, awkwardly formal for a Skype interaction, he says, “Madam, mujhe bahut khushi milti hai is kaam se (I get a lot of happiness from this job).” Gautam was one of the first Safai Sainiks to be recruited, and has been leaving toilets with a shine since 2013. He has now been promoted to a Safai Commando, and along with 94 other Sainiks, he cleans three facilities twice a day.

“I get a lot of support and love from the basti (community), and children come to me and ask how I clean toilets so well,” he adds with a smile. Gautam used to work in a hotel, but once he began interacting with and helping these communities, and receiving respect as a Safai Sainik, he dedicated his time to Samagra.

Tushar Rajesh enters with bravado, contrasting the timidity of Gautam. When asked how he does what he does, he says with a confident smirk, “Mein toh bas laga rahta hun (I just keep at it).” Tushar says that he’s been cleaning government toilets since he was 15 years old, and has grown up watching his father do the same. “He didn’t want me to get into this. He wanted me to study and get a better life,” he says, adding, “But I’ve always liked doing this, and I’m good at it.” He adds with the same confidence that he saw no shame in accepting the fact that this is what he wanted to do for the rest of his life.

How these valiant Sainiks came about

Swapnil was an electrical engineer in the US when his connection with India, ironically, strengthened. “You become a patriot once you’re out of the country,” he says, laughing. It was during a visit to India that he realised that the many problems plaguing the country have no chance of reaching a solution because, as he says, “we are walking with horse blinds”.

So, on his return to the US, determined to do something about it, he started pursing a double degree in design and management. It was during this course that he was introduced to sanitation, and he realised immediately that this was his calling. He soon dropped out of the course, however, as he found that it had no scope for practical applications. Immediately following this decision, in 2009, he forewent a cushy job and a green card and returned to India for good.

When Samagra kicked off, Swapnil spent two years experimenting with different strategies to introduce better sanitation. Finally, in 2013, he was struck with the solution when he realised what was missing in his approach.

“Even if there are toilets, people don’t use them because they’re not clean. And with no sense of ownership, why will they keep it clean?” Swapnil’s approach became more inclusive of the community and their social context, but more importantly, it became inclusive of their psychology.

Samagra now provides “Loorewards” in the form of discounts on products such as sanitary napkins, mobile top-ups, e-commerce, and banking services as incentives for people to use their toilets and pay to keep them clean. This approach of tapping into human psychology and understanding what people really need opened his eyes to the concept of Safai Sainiks.

Safai Sainiks in the making

“We already knew that there was a lot of stigma attached to cleaning toilets,” he says, explaining why all their hired cleaning executives left the job in the beginning. “We knew that this is not a job that’s aspirational and that the money earned here can be matched in any profession. But what we didn’t realise then was the intrinsic motivation and the whole dynamics of how a cleaning executive operates.”

Swapnil began concentrating on providing a platform that could empower his employees. “We worked doubly and triply hard to create a place where experiences are created for them, where the incentive is highly emotional in nature.”

And thus arrived the ingenuity that is the concept of Safai Sainiks. By changing the vernacular, Swapnil saw a phenomenal change in the way his employees responded to their profession. They were no longer ‘cleaning executives’ or ‘Mehtars’ or ‘safai Karamcharis’. They were Samagra’s, and India’s, Sena. “This is a war against indignity and uncleanliness, and we realised that these men are our warriors,” he says proudly.

Sunil Gupta, Samagra’s Associate working closely with municipal corporations and local politicians, too brims with pride when he explains how these Sainiks work. “They know that people are dependent on them. They will clean no matter what, be it night or day. ‘If not us, then who?’ is their attitude,” he says.

No less than an army

The change in vernacular was all that was needed to create a complete Fauji backdrop. These men undergo seven days of comprehensive training that helps them learn everything from understanding themselves, their partners, and their teams to discipline, the importance of punctuality, and quality of work. “Just like in the army, we leave no man behind. If someone is upset, we make sure they get all the support they need,” he says.

These Sainiks are now proud to be associated with their work, and the communities they work for treat them with equal respect. “The joy on their face when the community people genuinely thank them is priceless,” says Sunil. Swapnil stresses that this emotional independence has also given them the chance to work as entrepreneurs who provide their services to independent facilities.

“Not a single person has left us in the last eight months,” he says, talking about Samagra’s attrition rate, which reduced from 60 percent to 40 percent to zero. For Samagra, this is a reflection of the success of this unique approach.

Swapnil is looking to build his army up from 100 to 1,000 Safai Sainiks. Samagra is, after all, a growing organisation. It caters to 200 slum communities in Pune currently, and plans to expand to six other cities. For this, public support is essential, socially and financially, and so, Swapnil is currently crowdfunding for his Sainiks.

“Keeping the toilets clean is something we cannot do alone,” says Tushar. “There are still many people who don’t want anything to do with us. All we ask for is your support,” declares this fearless Sainik.