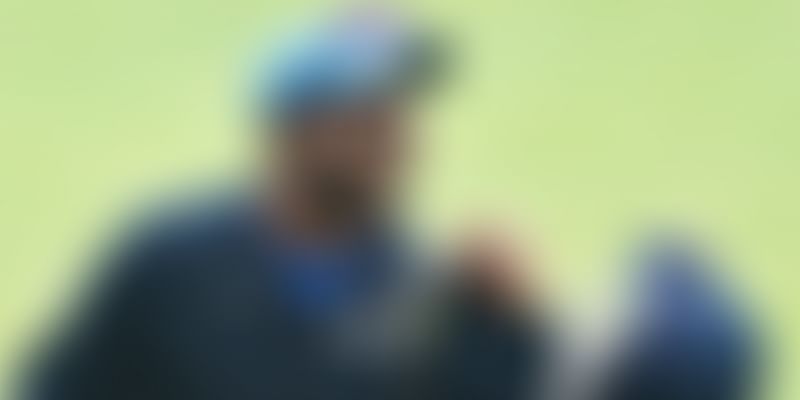 Born in a middle class Rajput family to a watchman, Ravindra Jadeja did not enjoy many privileges in his childhood. His mother had passed away when he was just 17, and his sister took it upon her shoulders to support the family in whatever way she could, eventually getting her mother's job as a nurse. Even today, Jadeja is very close with his sister, and she is someone with whom he shares everything.

Ravindra Anirudh Jadeja, the star all-rounder of the Indian cricket team, was born on 6th December, 1988, in Navagam Ghed, Gujarat. The family used to live in a one-room flat that was allotted to Jadeja's mother Lata, who was a nurse at a Government Hospital. It was a huge thing for his mother back in those days, because of the taboos revolving around women going to work in the Jadeja family. His father, Anirudh Jadeja, was into plenty of odd jobs that pulled in a little more money for the family.

Though Jadeja never quit going to school, he was already too much into the sport before the age of 10. He was often bullied by older boys, who never gave him a chance to bat. He used to cry every night before going to sleep. Mahendrasinh Chauhan, a policeman by profession who was also a small-time cricketer, used to coach young cricketers at a place called Cricket Bungalow. He had a technique of teaching flight for spin bowlers by making a boy stand in the middle of the pitch and ask the bowler to bowl over his head. Chauhan changed Jadeja's cricketing life completely, for he was extremely strict with discipline.

Jadeja was given the option of either getting selected at the Cricket Bungalow or being sent away to an army school. Managing to get into it, he started off as a fast bowler, and later switched to a mainstream left-arm spinner on the instructions of Chauhan. Jadeja had a problem of walking in his sleep, and he was often disciplined by Chauhan, who slapped him. There was even an instance when Jadeja turned out to be an expensive bowler in a match, and he ended up taking five wickets by the end of the game, only after Chauhan slapped him in the middle of the pitch, in front of everyone.

According to a report by Cricket Monthly, Chauhan said,

He made his first-class debut in the 2006–07 Duleep Trophy, where he plays for West Zone. He plays for Saurashtra in the Ranji Trophy. In the year 2012, at the age of 23, he became the eighth player in history of cricket, and the first Indian, to make three triple hundreds in domestic cricket, joining the likes of Don Bradman, Brian Lara, Bill Ponsford, Walter Hammond, W.G. Grace, Graeme Hick, and Mike Hussey.

Shining well in the 2008-09 Ranji season with 739 runs and 42 wickets, he was selected for the international team. He scored a 60 not out in his debut against Sri Lanka in an ODI series. He has been involved in a lot of match-winning performances for India ever since, proving himself to be an efficient all-rounder for the national team. He made himself a valuable player in the 2013 Champions Trophy triumph. He was the highest wicket taker of the tournament with 12 wickets. He was the world number one bowler in ODI cricket by August 2013, making him the only Indian claim the top spot after Anil Kumble in 1996.

He was bought by the Rajasthan Royals team for the first season of the Indian Premier League (IPL) in 2008. In 2013, during a test series against Australia, Jadeja put in an exceptional performance for the team, and a flood of jokes started going viral on social media platforms, comparing him with Rajnikanth; this was followed by teammates like Mahendra Singh Dhoni, Suresh Raina, and Ravichandran Ashwin making funny tweets about Jadeja, which he took very sportingly. He has been quite an icon for jokes on social media ever since.

Speaking about him with Rediff, his sister said,

Ravindra often brings expensive gifts for Padmini (his second sister) and me. And also for dad. His greatest gift to all of us has been the honour and pride that he has brought our family and our beloved city of Jamnagar by playing for the country. Every day and night, I pray for his success. I am sure he will bring many more laurels to the country in the days and years to come.

From getting slapped by his coach for discipline to being the best all-rounder for India in cricket, Ravindra Jadeja has come a long way, and we hope to see more of his heroics in the years to come.

Ravindra Jadeja got married to Rivaba Solanki on 17 April, 2016.