The rise of chatbots in businesses 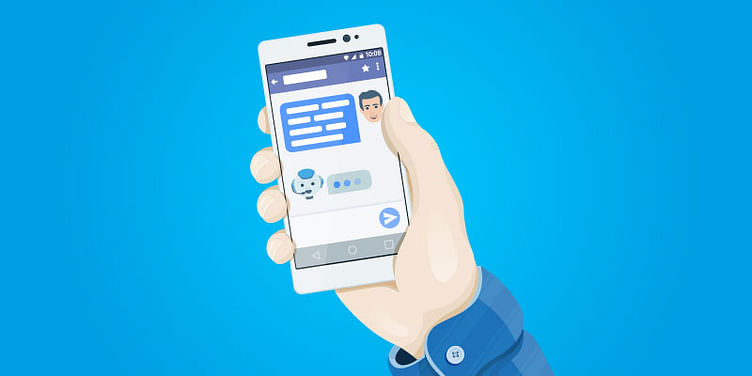 Advancements in artificial intelligence when combined with proliferation of various messaging apps, is fuelling the development of ChatBots which can carry out various kinds of tasks such as scheduling a meeting, reporting temperature, assisting users buy a new gadget, etc. This has lead businesses to invest heavily in the chat economy. The bot revolution is still in early phase, but the enthusiasm is clearly growing rapidly among customers and businesses. Lets take a look at some of the ChatBots already build and being used by businesses.

Bots and Bot Stores are one of the biggest trends to watch out for in social media, especially social messaging apps. What are these bots? You can think of them as some kind of tool that you can message and it will reply back to you accordingly. For example, I want to buy what I bought yesterday. An e-commerce bot will look at what you bought yesterday and buy them automatically.

The trend of auto conversing bots inside messaging app is called conversational economy. They allow you to do many more things that mobile apps already do, and are more convenient because you don’t need to download a different app each time and you use them through a chat interface.

Technology analysts have forecasted that bot stores will be the biggest incoming after the Facebook Messenger and the biggest thing since the rise of app stores and we couldn’t agree more. In fact, it’s actually going to get much bigger than that. For example, Telegram, a messaging app with over 100 million active users, has launched a bot store with many features. You can find bots in apps that allow you to play games, message, or shop online. Bots will be the future of the way we communicate, shop, travel, book things, and use other services. We may even go to the extent of saying that, in the future, we may forget the traditional websites we use as bots will be the new websites.

2016 was the year we all started using chatbots. It turns out that messaging platforms are actually the killer app for smartphones. In 2015, more than 1.5 billion people used chatting apps. Additionally, almost 70 percent of all app usage comes from just 200 apps. This means that most apps go unused. A lot of developers believe that it will be a lot easier to get users to just chat with the chatbots than to download an app, login, learn to use, and then try to remember what it was that they wanted to do in the first place. Now, let’s see how bots can be used for business.

Bots are a communication framework that allows us to order whatever we want. This means that it reduces the number of apps on your phone. For example, you need not have Uber app on your phone, you can simply message Uber with “pick me up from so and so location”. There are so many such integrations that need to be done in these bot stores.

What is a business bot?

It is basically a text-based service that allows users to perform tasks like scheduling meetings, ordering a product, booking a flight, etc., all via text. If you are an e-commerce company, a business, or a brand and you are not considering using bots as one of your strategies, you definitely need to rethink in order to be competitive in the market.

Here are some examples of business chatbots that are gaining traction:

Kudi: is a chatbot for people to pay bills and pay each other via messaging. It presently lives inside Facebook Messenger and will soon be available in Skype. It helps users transfer money, buy airtime for their phone, pay bills, and stay on top of their bank accounts. More info: https://kudi.ai

eBay ShopBot is a chatbot on Facebook. It helps you shop for gifts on eBay.

There are five big players, that we know of, who have already got into this game: Facebook, Google, Amazon, Apple, and Microsoft. Microsoft even tested its new AI chatbot, “Zo”, in December 2016. Microsoft aims to make computing systems that run on conversations between users and their computers.

Chatbots are going to be the next big thing. This opens doors and many opportunities for developers to build simple chatbots.