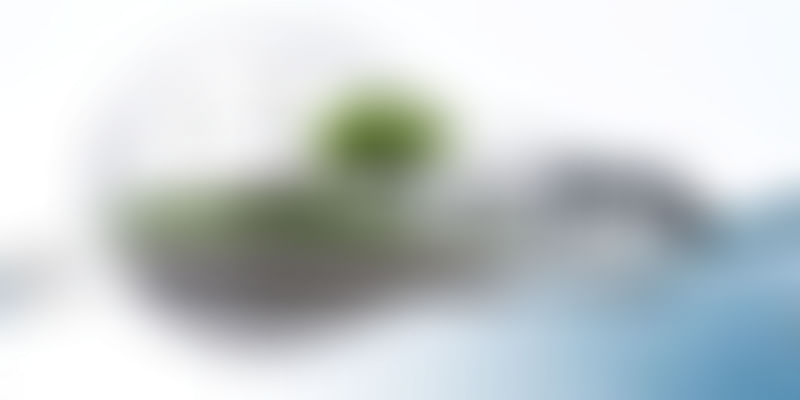 This story is sponsored by Condé Nast.

Did you know that if harnessed properly, the sunlight that the earth receives for just one hour is enough to meet the world’s energy requirements for an entire year? With the demands of a rapidly increasing global population, which is dependent more than ever on energy to power every aspect of life, there is a vital need to develop renewable clean energy sources.

According to a January 2017 report in ‘The Economic Times’, India’s energy consumption is set to grow 4.2 percent annually by 2035, more rapidly than all major economies in the world. India has also been Asia’s second-biggest energy consumer since 2008, and overtook Japan in 2015 as the world’s third-largest oil consuming country behind the US and China. Never before has there been a greater need to focus our attention on developing sustainable, clean energy sources.

It may come as a surprise that India was the first country in the world to set up a ministry of non-conventional energy resources, as early as the 1980s. As of September 30, 2016, India's cumulative grid tied renewable energy capacity (excluding large hydro) reached about 44.24 GW ­– 61 percent of the renewable power came from wind, while solar contributed nearly 19 percent. With increased environmental awareness, it was only a matter of time before businesses decided to leverage the growing demand for clean energy sources.

Register here to get an exclusive invite to the first-of-its kind #makethefuture accelerator.

In a bid to help nurture this spirit of entrepreneurship, Shell has launched a programme, with the support of WIRED Consulting, to help energy entrepreneurs in India bring their ideas to life. This first-of-its kind #makethefuture accelerator for Indian startups aims to encourage and accelerate the development of bright ideas that can help provide cleaner energy solutions. This event, which will coincide with the inauguration of Shell’s new technology centre in Bengaluru, will give Indian entrepreneurs a unique platform to test their ideas against some of the world’s leading technologists and entrepreneurs.

Malena Cutuli, Group Head of Integrated Brand Communications & Capability at Shell, said: “Shell recognises that some of the best ideas come from outside our business, which is why we are helping a few of the brightest innovators to accelerate the development of their bright energy ideas. I am optimistic that the innovations by these young entrepreneurs who have really immersed themselves in the conversation around the future of global energy will inspire us in the most significant way.”

This exclusive day-long event will feature talks, breakout sessions, and an exhibition that will showcase the latest cutting-edge technology being developed by Shell. With talks by industry leaders including Rahul Narayan, Project Lead, Team Indus; Naveen Tiwari, InMobi; senior executives from Shell including Yuri Sebregts, Executive VP Innovation & CTO, Shell, and Nitin Prasad, Chair of Shell India, attendees will get the inside track on how to collaborate with governments or other private sector companies, and build effective business relationships.

There will also be talks on how to scale up one’s business from local markets to a global scale. All these events will be interactive and will feature brainstorming and strategy sessions.

Other highlights of the session include a Battle of the Innovators where three shortlisted startups – Smart Joules, Carbon Masters and Graviky ­– will pitch their innovations to a jury of senior leaders from Shell. They will be evaluated on parameters such as innovation, sustainability, disruptive nature of entry, and impact to India. The winner will walk away with a Rs 10 lakh prize, mentorship, and the opportunity to further develop their idea. The three startups will also be a part of the ‘Shell Make the Future’ programme to be held in Singapore.

The event will be a serious networking platform for innovators, venture capitalists, researchers and established companies in the clean energy space. Attendees will get the opportunity to sample the latest cutting-edge technology from Shell, in addition to seeing what 10 leading startups in the clean energy space are working on. It will also be an unprecedented opportunity to interact with the top management at Shell, who are constantly on the lookout for newer innovations in this area.

The accelerator will be held in Bengaluru on March 30. You too can get an exclusive invite by registering here.

What are you waiting for? Sign up to be a part of a positive change, for India and the world, while making your business a success.