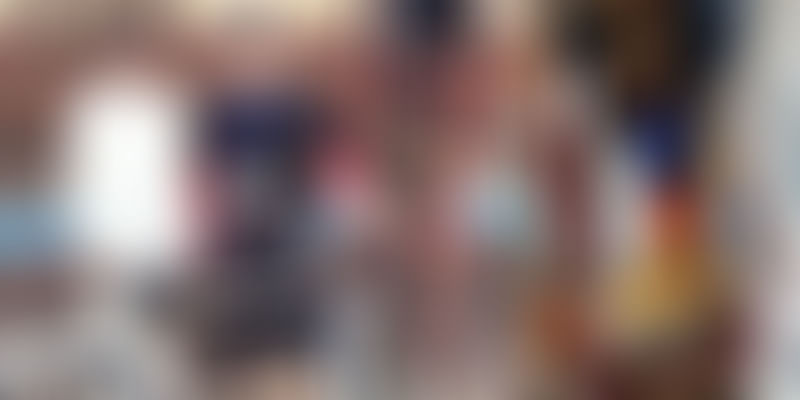 Rakesh Anand Bakshi believes that the bicycle has the ability to change a person’s life.

Santosh, a daily wage worker, resides in Umbraj, a small village in the Satara district of Maharashtra. He has three daughters, five, seven, and eight years old, all of whom study at Umbraj Zilla Parishad School.

Santosh’s father passed away when he was in class 8. With the financial burden falling upon him, he was unable to study further, taking up jobs at various construction sites instead.

A bicycle will help him travel to work sites without any dependence on public transport, which he finds both unreliable and expensive. By riding to work, he will save Rs 20 per day, he says.

These are just two of the many people who have benefited from Rakesh Anand Bakshi’s social initiative.

In early 2012, during one of his bicycle trips in Mumbai’s Bandra locality, Rakesh, a scriptwriter, director, author, and son of the late Bollywood lyricist Anand Bakshi, had an experience that made him reflect on his way of life. Having stopped for some tea at a local stall, he offered the chaiwala some money to get his bicycle repaired.

For the chaiwala, a sum of Rs 800 was a huge deal, since his livelihood pretty much depended on his bicycle. “I then realised how much we as privileged people can do for these people, who work so hard to earn such meagre wages. Come to think of it, I would probably have spent that money on a movie ticket or something, but the same money had the power to change this man’s life,” says Rakesh.

Rakesh started interacting with more people whose livelihoods depended on bicycles. He spoke to chaiwalas, milkmen, and vendors, with a desire to help people in need, and started Bicycle Angels later that year.

Rakesh feels that as somebody who comes from a place of privilege, one needs to do whatever one can to help out people in need. “You do not have to be a millionaire or travel far beyond your house to help someone. Step out, observe, and you will find someone worthy,” says Rakesh.

Rakesh started off by collecting funds from his close friends, who were happy to donate money for a noble cause. Gradually, the cause started getting more attention and individuals were sponsoring bicycles for people in need. Rakesh used these funds to either buy people new bicycles or refurbish existing ones.

Bicycle Angels and Finolex Industries Ltd., in association with their CSR partner Mukul Madhav Foundation (MMF) organised a cyclothon from Pune to Ratnagiri from November 21–26, 2016.

In addition to donating bicycles to men whose livelihoods are dependent on them, Rakesh also helps donate crutches, wheelchairs, and bicycles to women in need.

At the ADAPT (Able Disabled All People Together) school in Bandra, kids who suffer from cerebral palsy are helped out by Rakesh with his donations of crutches and wheelchairs. “Why is it important to help these special children? There are many reasons. One of them being, I believe, our ability to be able to move with ease from one spot to another, which makes us reach our desired and varied destinations in life. That is why we donate bicycles and wheelchairs and walkers. Because one wheel at a time and one step at a time will help us journey more than a thousand miles,” says Rakesh.

While these wheels are offering a new lease of life to specially abled kids, somewhere across the country, they are also lending wings of freedom to women. Rakesh shares the story of a middle-aged woman in Gurgaon, whom he bought a new bicycle for.

A daily wage worker like many of the beneficiaries of Bicycle Angels, the woman had to travel a few kilometres to find work. The bicycle not only helped her reach her destination faster but also offered her protection. She shared with Rakesh that men were hesitant to approach women travelling by bicycle as it was difficult to drag somebody with a certain momentum into the bushes.

Rakesh and his generous donors have helped 188 recipients so far. As of now, Rakesh looks out for workers in need of bicycles and refurbishing on his daily cycling trips, and hopes to benefit many more people in the time to come.