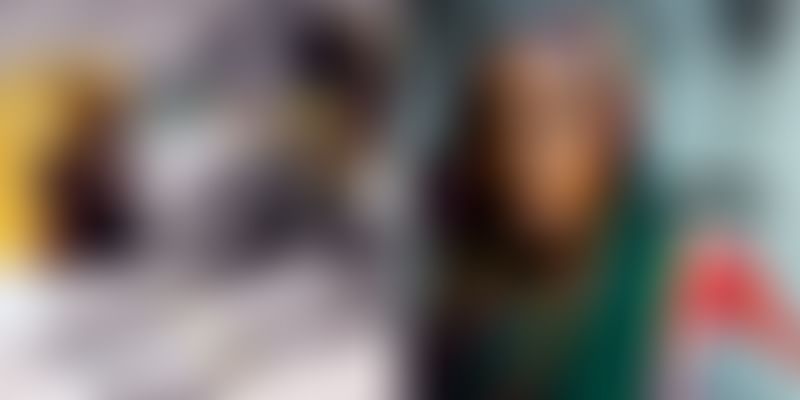 Devadasi is a woman who is considered given in marriage to God. These women dedicated to God once held high social status and were well respected. But now they are nothing more than sex slaves.

Imagine women having control over their bodies and sexuality. As in, getting to choose their partners (yes, in the plural sense, not a single partner for eternity and beyond), and more importantly, having the choice to decide if one wants a partner or not in the first place. Add economic independence to the mix, and you have the Devadasis of medieval India.

Devadasi – Who is she?

Devadasi or Devaradiyar means “servant of God”. These women were dedicated to God and were considered given in marriage to God, meaning that they could therefore not marry any ‘mortal’. Nevertheless, they were free to choose partners, from among married and unmarried men alike. These relationships could be long and stable, or just for a short period of time. But in no way were these women economically dependent on their partners. They learned music and dance, and as many as 64 types of arts. They would dance and sing in temples or in front of royalty and earn gold and land as a reward. Some chose to dedicate themselves only to God and stayed without a partner all through their life.

The tradition of Devadasi culture can be traced back to as early as the 7th century, particularly in southern parts of India during the reigns of the Cholas, Chelas, and Pandyas. They were well treated and respected, and held a high social status in the society. It was common for them to be invited to be present at or initiate sacred religious rituals. As long as the temples and empires flourished, so did they.

Devadasis of modern India – Who are they?

At present, Devadasis are nothing more than sex slaves or child prostitutes who are dedicated to temples when they are as young as four or five years old. Almost all of them are Dalits, with a majority belonging to the Madiga and Valmiki castes, two of the most underprivileged castes in India. The Devadasis of modern India are largely concentrated in parts of Karnataka, Andhra Pradesh, and Maharashtra. They are called Mathangi in Maharashtra, Jogini or Mathamma in Andhra Pradesh and Telangana, and Devadasi in Karnataka.

The children are forced into becoming Devadasis by their own parents, because these girls are their only source of income in most cases. A lot of these families aren’t even allowed to enter or stay in the villages. They are ostracized because of their caste. Hence, inevitably, all of them are either illiterate or have received very little education, with no means for a stable income. The only jobs they can get are those of street cleaners or sewage collectors. Parents are therefore forced to act as pimps for their daughters and dedicate them as Devadasis in the hope of finding a means of survival.

Irrespective of the size of the family, because of poverty, they most often find themselves living in a single room or under a thatched roof. Hence, it is very common for the entire family to wait outside, while the girl is inside gratifying the sexual needs of men in order to earn money. In a society where a girl child is often a liability, turning them into Devadasis is how patriarchy works to transform them into assets.

How does one become Devadasi?

A huge number of girls who become Devadasis are dedicated to the goddess Yellamma, who is otherwise known as Renuka, Jogamma, or Holiyamma. And the dedication happens most often in the Saundatti festival that takes place in the Yellamma temple in northern Karnataka.

The Saundatti festival, which is also known as the Yellamma Devi Fair, happens on many occasions from October to February, with the girls given in dedication from November onwards. Parents choose a day that is convenient for them and that they consider auspicious. On that day, the girls are fully clad in green during the ceremony, and older Devadasis give them in dedication to God.

Once the girl attains puberty, her parents inform the community, which in turn helps them find a landlord or someone wealthy to “take” the girl. The man, in return, takes care of the financial needs of the family, partially or fully, as long as he uses her for sex. There is a huge demand for girls who are virgins, and they are paid more than the others.

What happened to the legal measures?

Both before and after Independence, the government enacted laws prohibiting the dedication of Devadasis. It has been more than 20 years since the practice was banned across India.

However, according to the National Human Rights Commission, in 2013, there were as many as 450,000 Devadasis in India. Another commission led by Justice Raghunath Rao revealed that there are about 80,000 Devadasi women in just Andhra Pradesh and Telangana.

The people involved in the practice are either not aware that laws are there in place prohibiting it or choose to ignore them. Given how economically vulnerable the communities involved here are, the laws are probably not going to be helpful as long as the attempt is just to criminalize and prohibit the Devadasi system. This is evident from the stark difference between the number of Devadasis being dedicated and the number of people who have been charged under the act. Instead, providing these communities with basic education and making them economically empowered, along with sensitisation, would be the ideal way forward.

The girls become Devadasis at a very young age, when they have no idea what it means to be one. The girls attain puberty when they are 11 or 12 years old, and they get their first sexual partner before they turn 15. At such a tender age, they are usually clueless about protection measures, nor do they have any knowledge of sexually transmitted diseases.

The Devadasis are prone to AIDS and other health issues at a young age. Eventually, they also give birth to children, which makes it impossible for them to get out of the system even if they want to, with additional mouths to be fed. On the other hand, giving birth to kids and aging also makes these women less desirable as younger women enter the supply chain of the Devadasi system.

Women as young as 30 are often considered old for the profession. As they do not have anything except their bodies to sell, they end up selling them wherever they can. This also means having sex with lorry drivers and random men on the road for just a meagre amount of twenty or thirty rupees. These men, in turn, carry and spread HIV through India’s extensive road network. In a never ending vicious circle where everything, including caste, class, and gender, plays against them, the Devadasi system continues to haunt us.

The video given below gives a detailed account of the struggles faced by Devadasis, not just about the women involved in the system but also about men who choose to become Devadasis and why they do so. Though the video is five years old, it is still relevant because of the questions it raises and the way it captures their lives.