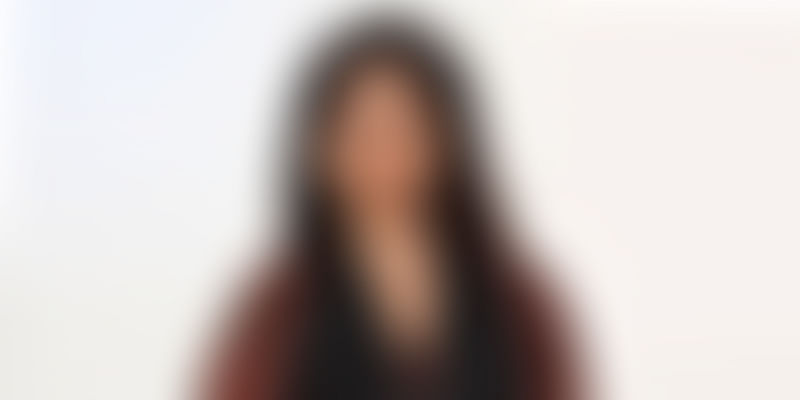 Dr Shikha Sharma didn’t let failure deter her the first time round and went on to start a healthcare startup and raise funding too.

What you eat is what you become—that’s the mantra behind Dr Shikha Sharma’s NutriHealth, which offers comprehensive health and diet management programmes. Clubbing technology and Vedic nutrition, Shikha provides personalised advice to help people realise their potential for well-being.

While working as a junior cardiologist, Shikha learnt that most patients in the ICU had no idea about the root cause of their heart problems. They were also likely to relapse into unhealthy eating after treatment. She started with nutrition advice but, in a country where the majority's attitude is “jab hoga tab dekhenge” (we will see when it happens), there weren't many takers. So she repackaged it as weight-loss consultations and it worked. This led her to start NutriHealth Systems in 2012 and subsequently raise funds in 2016.

This is not Shikha’s first attempt at starting a business—her first initiative, set up in 1995, “tanked badly” and was her first real failure.

Shikha, a Kashmiri Pandit whose family hails from Srinagar, settled in Delhi when she was very young. Having completed school from Modern School Vasant Vihar, she received her MBBS degree from Maulana Azad Medical College (1987-1992), New Delhi.

“At home, the environment was very encouraging and empowering for girls and hence we were given equal opportunities and responsibilities. In fact, I distinctly remember that I was not only taught how to drive a car but also how to change tyres independently. At an early stage, there was no mollycoddling and we were encouraged to take decisions.” This has held her in good stead and helped her overcome challenges in life.

Bitten by the entrepreneurial bug after she completed college, Shikha knew it would be healthcare for her but was unclear about the specifics. So, in the meantime, she joined GB Pant Hospital in New Delhi as a junior doctor.

She finally started a venture in 1995 but it didn't work. Undeterred by its failure, she tried again in 1998. “This time I tasted success by pioneering nutrition consultation as a business. I set up a chain of nutrition clinics across Delhi (eight at that time).”

Finding it difficult to scale beyond eight clinics without compromising on quality, Shikha pivoted the model to a telenutrition centre (like a telemedicine centre). With no knowledge about technology and lacking the resources to hire a tech person, she started learning on her own. “I managed to teach myself the basics so I could turn my brick-and-mortar establishment into a telenutrition call centre. That was my eureka moment and with it, everything came together more successfully, right from digital marketing to client servicing in a centralised fashion.”

In 2016, after receiving Rs 12 crore in Series A funding from Singapore-based OneHealth Ventures, the company was rebranded as Dr Shikha’s NutriHealth. The funding was used for developing technology to enable the team to deliver services through voice, video, and their app.

Shikha says, “As a clinician with a brick-and-mortar establishment that has transitioned to the current model, NutriHealth's revenues have grown from Rs 12 lakh annually to Rs 10 crore (trending).”

NutriHealth has a telenutrition centre with over 175 people including doctors, nutritionists, and technologists. “We believe in women empowerment and this is evident from the fact that our service team of nutritionists and doctors is all-women. Our employee strength has also grown almost 75 percent after the funding,” she says.

Marriage of modern and traditional

The business-to-consumer model revolves around direct sales to people and looks at correcting lifestyle disorders by providing a coaching and counselling programme at the consumer's convenience. Every client is assigned a personal doctor and a nutritionist. After counselling, clients are given customised diet plans based on their lifestyles and health conditions. The mobile app helps track clients’ progress as well as choose recipes they like. Clients can reach out to their nutritionist and doctor over phone or Skype.

The venture is based on the concept of nutrigenetics, which combines modern medicine with the principles of ayurveda. NutriHealth analyses blood test reports and prakriti—body type—before designing and prescribing diets.

“We offer various products that help consumers in their quest for a healthier lifestyle and we also serve as the backend partners for hospitals and polyclinics looking to outsource their nutrition services and optimise their costs,” says Shikha.

Dr Shikha claims that NutriHealth has so far serviced more than 50,000 customers and manages over 2,00,000 calls every month. The organisation has an active base of over 3,500 clients at any point who subscribe to its three-, six-, or 12-month services. NutriHealth's mobile app, YuWow, has an active customer usage of about 85 percent and the organisation gets over 40 percent new clients through existing, satisfied clients, informs Shikha.

In addition to nutrition counselling services, NutriHealth has expanded into smart connected devices and is exploring opportunities to reach out to a larger audience.

“I want to make the company the most trusted brand in the healthcare space and make a name for technology innovation in the segment. We aim to become the Intel of nutrition advisory within India—a one-stop shop for all nutrition advisory and research within the country,” she says.

She has now tied up with Deloitte Touche Tohmatsu India for the next round of funding.

Shikha is aware of the challenges that will come her way but she has seen enough tough times to be deterred by them. The environment she grew up in has made her a fighter and as someone who never shies away from challenges, she is gearing up to scale and grow her venture further.