Here’s how Facebook, Google and LinkedIn retain their best employees 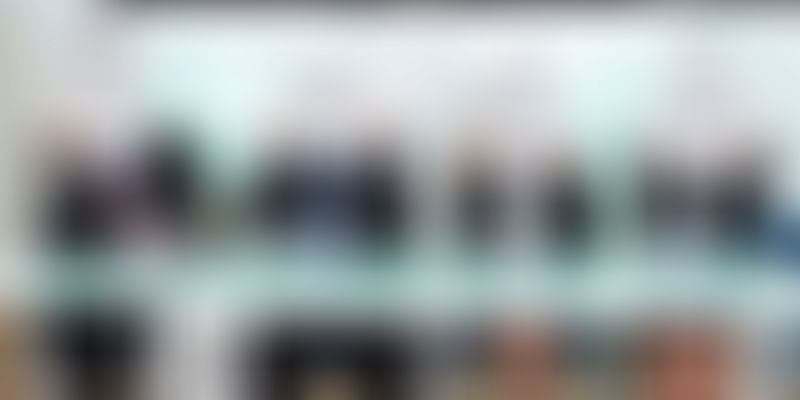 One of the toughest challenges faced by hiring managers is to retain the talent they have so tactically selected from the vast number of contenders. As Michael Kerr, an international business speaker and author of The Humor Advantage, tells Business Insider, “Finding top talent is a costly and time-consuming enterprise to begin with, so holding on to them for dear life has to be a priority.”

However, companies often fall short of delivering measures to ensure an employee’s long-term stay in the company. In turn, they expect absolute company loyalty from their employees, without officially committing to providing job security or professional development.

As a result, employees begin to scout the market for new openings, where they hope to receive greater returns, not in terms of money but employee benefits. According to a Gallup report, this is the reason why less than one-third of US employees have been engaged in their jobs and workplaces in the past 15 years. The same report states that across the world, only 13 percent of employees working for organisations are engaged in their work. It is thus natural that they begin looking elsewhere.

To this end, CEOs, senior recruiters, and general managers of leading companies have planned to introduce measures to prevent their best talent from leaving. For instance, here’s how Facebook, Google and LinkedIn do this:

Laszlo Bock, the SVP of Google's People Operations, tells Bloomberg that the primary reason why employees remain in the company is not money but for the quality of their team or the value-level of the work they are doing.

Quality of the workspace

Google has a high-screening recruitment process, owing to the fact that the company now holds a multibillion dollar brand name, which cannot be besmirched by adding ineffective people to the team. As a result, it is generally assumed that the overall talent of Google is one of the best across the world. Being a part of this pool of talent and learning from it plays a major factor in determining employee retention in this company.

According to Bock, “People want to do more than just make a buck. People want to do something that means something.” For Google’s employees, the idea that the work they are doing is meaningful and important to its users helps increase their productivity fivefold. As long as they are encouraged by their managers to imbibe this wholesome feeling and work towards it, their morale remains high, as does the quality of their work.

Facebook has a unique way of ensuring employee retention. It conducts ‘check-point’ performance reviews on its employees every six months to see whether they should be assigned additional responsibilities and accompanying compensation packages for their good work. As for those who haven’t been performing up to the mark, instead of being penalised they are given additional incentives to improve the quality of their work.

“It's a process that is designed to recognize, acknowledge, and show appreciation for people who have done really great work. And it's designed to ensure that you are getting feedback from all of the people that you work with most regularly,” Facebook's VP of People, Lori Goler, told Business Insider.

The Company’s 12,000 global employees have access to internal proprietary software that allows teams to be on the same page. Through this, mangers find it easier to stay up to date on their employees’ progress and also offer guidance to them accordingly. Co-workers, too, can use the software to give each other ad-hoc feedback which, most of the time, works advantageously to the overall productivity levels in the company. In this way, employees are either given their due recognition or suggestive attention in terms of their work.

Employees are also asked to evaluate themselves, after which the managers of the various concerned teams sit together and come up with new opportunities and compensation packages to stellar employees. This encourages them to remain and do better in the company.

“A business without trust and loyalty is a business without long-term thinking. And a business that isn't investing in tomorrow is a company already in the process of dying. It's time to rebuild the employer-employee relationship,” LinkedIn Cofounder and Chairman, Reid Hoffman, told Business Insider. LinkedIn, thus, aims to retain its employees by officially recognising and assuring them of their valued contributions to the company. They do this by building a ‘mutually-beneficial alliance’ between the employers and the employees.

To Hoffman, the process of employment should be an alliance – a mutually beneficial deal, with explicit terms, between independent players. To this end, he claims that the company has implemented a series of new measures which ensures that its employees are well-informed of (a) how the work they are doing is adding significantly to the overall output of the company and (b) how the employers and managers cultivate a co-dependent relationship with them for the same.

As it is commonly perceived, the success of a company depends on its people. So as someone calling the shots, make sure that you’re giving yours a reason to stay back for it.