Kochi-based edtech startup is eyeing over 10,000 institutions in 3 years 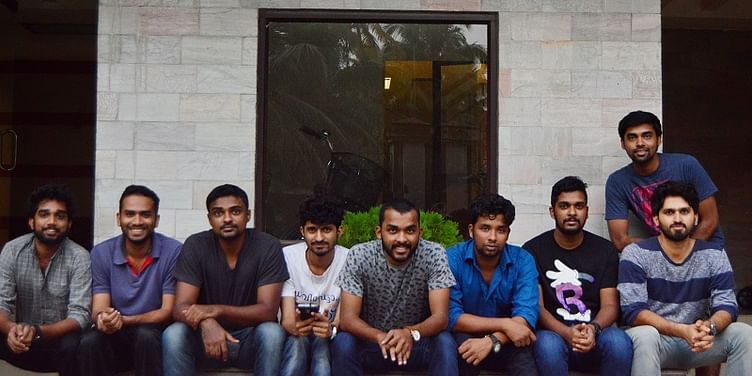 Entri is a plug-and-play platform that helps students prepare and learn for their competitive exams.

Most of us today live in a technology bubble. From the way we consume and order food to the way we travel, everything has transformed. Many believe it’s time the way we learn changes and transforms as well. Despite several ups and downs, this is one of the main reasons why the edtech sector sees different startups cropping up every now and then.

Within edtech, the test preparation and exam space is another segment that includes startups like Toppr and Embibe. It was in this segment that Mohammed Hisamuddin, who had previously co-founded SMSGYAN and helped it garner more than 10 million users, along with Rahul Ramesh, who founded the Kochi Python group, decided to enter.

The duo had met through a common friend. Looking at the test preparation market, they decided to start Entri in Kochi. It works as a plug-and-play learning system for teachers and students. With Entri, students get a web and mobile app through which they can take unlimited exams in a chapter, use study cards to become strong in a concept, take mock exams by their teachers and compete with their friends.

Entri, Mohammad says, is designed to be a platform that can be adapted to any category of exams. It is intelligent enough to maintain a detailed, constantly updated profile of every user and knows what kind of a regimen each user should go through for optimum progress in the least amount of time.

An institute, on the other hand, gets a dashboard through which they can get cumulative and individual student reports, custom mock exams, and other useful features. Currently, the team consists of 13 members.

He adds that their current focus is on the brick-and-mortar coaching industry. Entri is one of the startups that has been selected for the three-month programme of Boston-based edtech accelerator LearnLaunch. With the aid of this accelerator, Entri has received a seed funding of $170,000, mentorship, coaching, and all the tools needed to build a strong edtech platform.

“We started as a test prep platform for Kerala state engineering and medical entrance exams. Interacting with teachers and coaching institutes, we built a dashboard for them through which they can create custom exams for their students. We kept on developing other useful features for teachers and students which make teaching and learning more efficient inside an education institute.”

However, the team found that students and teachers in India aren’t comfortable using technology. They also felt that there was a need to access quality training. Mohammed adds that there wasn't one Eureka moment as such, but the beginning of Entri is a direct result of years of frustration with the way things are in the education field.

So far, Entri has tied up with 64 institutes, 420 teachers, and 35,000 students. Students have attempted over eight million questions. In the past year, the team claims to have clocked Rs 43 lakh in revenue.

One of the largest players in the edtech space is Byju’s, which already has an investment of over $140 million in its kitty. Since edtech is believed to be a recession-proof sector, few investors hesitate in pumping money into the space. Since 2007, over $1.1 billion has been pumped into the space, as per a report by Kaizen Equity Fund.

Tutoring, the largest segment in parallel education, is expected to grow at a CAGR of 15 percent, from $11 billion in 2014 to $16 billion in 2017, while test preparation will grow from $2 billion to $4 billion at a CAGR of 25 percent during the same period.

According to the Kaizen report, edtech is one of the largest capitalised spaces in the country with an annual government spend of a whopping $63 billion and an annual private spend of $56 billion.

However, the space isn’t easy. Matrix-funded Purple Squirrel ran a rather rough patch and had to shut operations. Also in the K-12 and test preparation space, most startups will need to compete with biggies like Byju’s.

Mohammad, however, believes that they are different. He says that while most edtech startups in India are trying to disrupt educators, Entri is enabling them with technology.

The team believes that in future teachers and students will all have at least one smart device with them. Mohammad adds that they are building a tool that will seamlessly connect these devices which in turn will help them teach and learn better with the help of data.

The team charges institutes based on the number of students they have signed up on their platform. Entri has an annual and monthly plan for them.

“We will be launching courses for more exams soon. This month we are launching a course for PSC exams. We are targeting 10,000 institutes in the next three years,” says Mohammad.