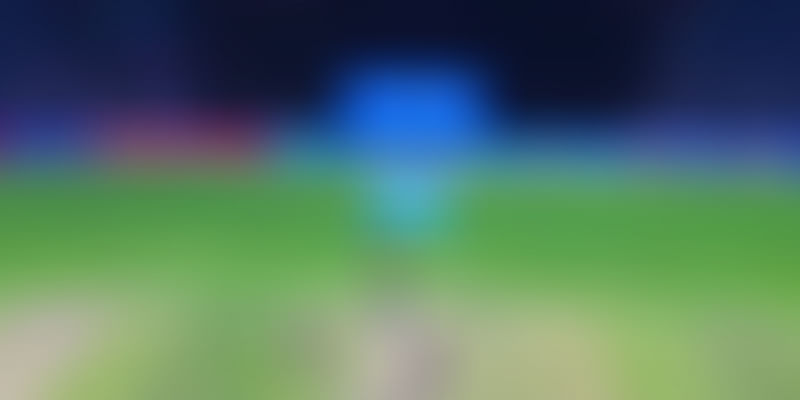 The IPL is in its 10th season this year and with each successive year, cricket’s equivalent of Mardi Gras seems to grow bigger, better, and richer. While the list of stars and sportsmen keeps growing, what sparks a lot of interest and debate is the escalating number of title sponsorship requests the tournament gets each year. Sponsors seem focused yet again on having least some part of Indian cricket’s overflowing gravy train. Recently, however, another interesting trend has been noted, i.e. the rising number of startups pursuing sponsorship and partnership dreams in the IPL. Brand image building, more and more customer acquisition, or just enjoying the constant attention, what is it that drives today’s otherwise often cash-strapped and bleeding startups like moths towards the lamp?

The IPL opened its sponsorship gates in 2008 by signing partnership agreements with Hero Honda as an associate partner for $22.5 million, PepsiCo as its official pouring partner for $12.5 million, Kingfisher as the umpires’ partner for $26.5 million, ITC as hotel partner, and Kingfisher as airline partner. Besides, the agreements with DLF, Hero Honda (now Hero Moto Corporation), PepsiCo, Kingfisher, Vodafone (telecom partner), Karbonn Mobiles, Citi (banking partner), and Volkswagen also formed a significant part of the central sponsorship team and 60 percent of this wealth was distributed to the franchises. Since then, the IPL has always been laden with sponsors.

This year, although demonetisation had impacted numerous sectors, the IPL seems unaffected, with all the brands from last year having returned. The IPL’s ninth season recorded a 254 percent increase since its inaugural season in 2008 with a growing reach of 361.2 million viewers and an 88 percent increase over the season prior to it. Such remarkable viewership statistics have resulted in an increasing number of sponsors in 2017.

Telcos, smartphone makers, and e-commerce giants looking to hit it out of the park

It all began with the exit of PepsiCo, which held the IPL title sponsorship rights for five years (2013–17) for Rs 396.8 crore but ended up quitting abruptly. The relation between cricket and sponsorships was dominated by the colas, the sporting goods makers, telecom, and electronic giants. It was then Vivo, a little-known Chinese mobile phone manufacturer, that grabbed the title sponsorship deal for 2016 and 2017 for Rs 160 crore last November. What followed was a trend that seems to be here to stay — the entry of nimble and medium startups in the IPL domain, who too wanted to enjoy their share of opportunities along with the heavyweights like Amazon, Vodafone India Ltd, Ceat, wire-maker Polycab, Yamaha Motorcycles, Vimal Pan Masala, MakeMytrip, Parle Agro's Frooti, Voltas, and YES Bank to connect with their target consumers.

This year, e-commerce giant Amazon, Chinese mobile handset maker Vivo, and MakeMyTrip have retained their contracts as sponsors, whereas homegrown brands such as Micromax and LYF have become sponsors for six out of the eight teams participating in this league with Karbonn Mobiles merchandising for Delhi Daredevils and Gionee flashing on the Kolkata Knight Riders jersey.

The year 2016 witnessed both new and established startups like Amazon, MakeMyTrip, FreeCharge, Ola, Shuttl, Oxigen Wallet, Zomato, Foodpanda, Faasos, Swiggy , CASHurDRIVE, and AskMe cashing in on the cricket season. Like previous seasons, this year too startups sensed a profitable opportunity to grab the attention of the IPL’s viewers. In fact, they are among the list of the 14 major sponsors.

Apart from startups investing to become associates and sponsors by opting for ad spots on television during the IPL, there are startups that are strategically trying to get maximum mileage through the IPL season. Snapdeal-owned digital payments platform FreeCharge, which has signed a two-year deal in 2015 to take the rights as a ground sponsor for the IPL, has handed it to the Kishore Biyani-led Future Group to conserve cash for their core businesses and extend their runway. Mumbai-based mobile gaming company Nazara Games has signed a three-year contract with Royal Challengers Bangalore to launch an IPL cricket mobile game that will feature Virat Kohli, among other cricketers from the team. Meanwhile, even early-stage startups like Rooter, a mobile app developer that connects sports fans, enabling them to interact live with each other during a match, has joined the IPL race by strategically partnering with Gujarat Lions to exponentially increase fan engagement for the Rajkot-based team.

Concluding my thoughts: greener is the grass for startups this year!

Indian startups with their sufficient flow of funding are ramping up their association with the league to improve their brand popularity and market share in the country. They are spending heavily either on TV campaigns, as team-level sponsors, licensing, and merchandising or for leveraging multi-screen mass media experiences during the IPL season to gain a high top-of-the-mind recall. For them, the IPL is a risk-free investment as the cricket extravaganza’s viewership and ratings keep growing every year.

Although the economy this year may have been a little tough on these brands, the cricketing property’s risk-free nature and reach are sufficient to attract startups to them. Either through a strategic partnership or through monetary partnerships, however little they are investing, chances are that the ROI will be significant and the mindshare captured will yield great results in the days to come.