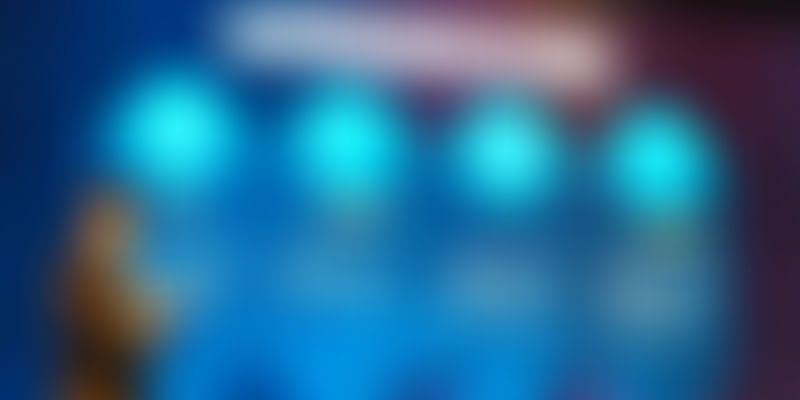 Intel is bullish on AI and India because of the easy access to data and talent. Here is how they aim to channelise it.

Intel India on Tuesday hosted its first Artificial Intelligence (AI) Day in India, with representatives from the government, the industry, and the academia gathered to discuss the potential of accelerating the AI revolution in the country. Intel had earlier hosted similar ‘AI Days’ in the USA and China and aims to head to Japan next, as part of its global roadmap.

The event involved sessions on AI ranging from ‘Why AI matters’ to a focus on the nitty-gritties of natural language processing (NLP) and machine learning (ML) and also on how Intel aims to be part of the AI revolution. Here are some of the key highlights from the sessions and the media briefing that followed the event.

AI and the search for data

Andrew NG, who previously led the AI division at Baidu and who also led the Google Brain Project, had recently said, “Just as electricity transformed many industries roughly 100 years ago, AI will also now change nearly every major industry.”

As India undergoes rapid digital transformation, the data centre and the intelligence behind the data collected will enable the government and industry to make effective decisions based on algorithms. This means increasing opportunities for using AI in the country.

To make this happen, Intel India is collaborating with companies like Hewlett-Packard Enterprise, Wipro, Julia Computing, and Calligo Technologies by enabling them with AI solutions-based Intel architecture. Prakash also noted how new-age smart technologies and sensors will collect extremely large volumes of data by 2020. While citing other examples, he said, "By 2020, a self-driving car will generate 4TB of data per day."

To engage students, researchers, and developers, Intel India announced a developer community initiative — the AI Developer Education Program, targeted at educating 15,000 scientists, developers, analysts, and engineers on key AI technologies, including deep learning and ML. Through 60 programmes across the year, ranging from workshops, roadshows, user group and senior technology leader roundtables, the initiative aims at increasing know-how for the adoption of AI via technical sessions involving the use of ready-to-deploy platforms and tools for solution development. Prakash added.

Our collaboration with the industry and the academia will help democratise AI, by reducing entry barriers for developers, data scientists, and students. In India, we are targeting the BFSI, telecom, and e-commerce sectors, across high-performance computing (HPC), big data, and Internet of Things (IoT), all of which are complementary to AI.

While the AI space is still at a nascent stage in India, Intel notes that some sectors like e-commerce and research, which were already leveraging data analytics, are now in the process of leveraging AI.

Professor Pushpak Bhattacharya, Director, IIT Patna, took the audience through a brief session on NLP and ML and explained how many of India’s top institutes have been doing cutting-edge research and development in AI, distributed computing, network security, and social networks by leveraging data-driven machine learning, as well as knowledge- and deep-learning-based methods. He noted,

Research and academia are great platforms to initiate AI into the society. Our research groups are currently working on implementation of evolutionary algorithms in parallel environments, and using Intel-based platforms and software tools to deploy, parallelise, and optimise systems.

DN Narasimha Raju, CEO, National Institute for Smart Government, who was a panellist at the AI Day, remarked that the government has got access to a lot of structured as well as unstructured data, which they aim to leverage in the goal of a Digital India. He said,

Digital transformation is at the heart of the government’s endeavour to connect and develop India. As high-speed networks get established, a number of disruptive changes can happen. These changes will impact productivity. Data analytics and ML can automate processes across e-Governance, research, and the private sector.

It is recognised that the potential of AI is high in sectors such as healthcare, disaster mitigation, and financial services. In order to realise this potential, there is a need to impart and develop the required skill sets in a major way. As I understand, Intel India is engaged in this effort and its proactive approach in skill imparting and solution development in the area of AI by utilising local talent and collaboration will contribute significantly towards the adoption of AI.

The future potential of AI

Intel considers AI to be the fastest-growing workload in the data centre, growing at two times the overall computing market. By 2020, the industry expects more servers running data analytics than any other workload, and analytics predictors will be built into every application. With the aim of staying ahead of this curve, Intel announced its AI strategy last year with the goal of achieving peak performance, democratising, access and maximising societal benefits.

In 2017, Intel estimates that it powers 97 percent of data centre servers running AI workloads and offers a flexible- yet-performance-optimised portfolio of solutions. Backed by its unified approach to AI, Intel aims to be leading the AI-computing era through its end-to-end hardware and software that is designed for building AI applications across different industries. During the Q&A sessions with the press, Nidhi, though, clarified that Intel's key focus at this stage is to help other companies power their AI technologies and not to launch its own AI applications like Apple's Siri or Microsoft's Cortana.

Intel also believes that its collaboration with companies such as Google, and the company’s acquisitions, including Saffron, Movidius, Nervana Systems, and Mobileye, further its AI capabilities, giving it an edge, especially at a time when embedded computer vision is becoming increasingly important the world over.

AI and the future of jobs

Intel also noted that last month, they had announced a cross-Intel organisation — the Artificial Intelligence Products Group (AIPG) — to align Intel’s AI efforts, and rally the industry around a set of standards for AI that ultimately brings down costs and makes AI more accessible to more people, and not only institutions, governments, and large companies, as it is today.

Addressing concerns from the media about the impact AI could have on the future of jobs, Pradeep Dubey, Intel Fellow & Director Of Parallel Computing Lab, Intel Labs, believes that AI will have an overall positive impact and help us lead better lives. He said,

AI is the biggest compute opportunity mankind has now. Machines are great at crunching numbers and humans are generally good at decision making.

Pradeep noted that machines, in general, can monitor stuff around the clock with relatively high accuracy. Humans, however, are less reliable at crunching numbers and even decision-making abilities are not standardised and vary from person to person.

Talking about the future of jobs, Pradeep believes that the Indian market has a lot of sectors like education and healthcare where there is a lot of room for both people and machines to work together. Talking about the growth opportunity in India, he joked,

In most countries you either have only problems or only data, but India is one of the only countries with both easy access to data and many problems.

Intel also aims to set up an applied AI research lab dedicated to exploring architectural and algorithmic approaches to inform future generations of AI. This includes a range of solutions from the data centre to edge devices, and from training to inference.