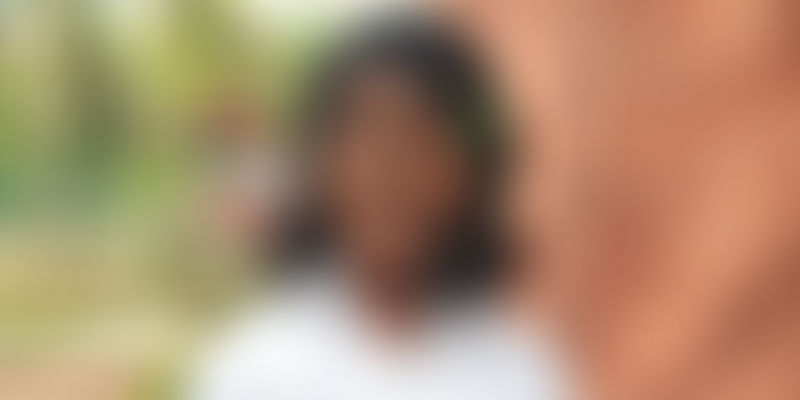 Kavya Vignesh and her team are the youngest to represent India at a robotics competition in Denmark with their unique solution to save bees.

Kavya Vignesh, a class seven student of Delhi Public School, New Delhi, likes art, dance, and singing as much as she loves robotics. A good education is not just about robotics or pursuing STEM; it's about doing everything that holds your attention and makes you curious and eager to learn more.

During one summer vacation, when Kavya was nine, her mother enrolled her in robotics classes with RoboClub and since then there has been no looking back. Kavya is 12 now, and her team Supercalifragilisticexpialidocious is India’s youngest ever to qualify for the First Lego League (FLL )-European Open Championship (EOC) that will be held in Denmark in May.

Though the team's name Supercalifragilisticexpialidocious is a mouthful, it rolls of Kavya’s tongue easily. “The name was suggested as a joke but somehow stuck and to keep the consistency we carried the legacy forward. It means simply awesome or amazing,” she says.

To compete in Denmark, the team needs money for their prototype, travel, and other expenses. Unlike other parents, Kavya's parents were supportive of crowdfunding and hence she took the crowdfunding route to raise money for the team.

Kavya and her team will be a part of the FLL, a robotics competition where almost 200,000 children aged between 9 and 16 years from 60 countries will participate.

The team is made up of six students and two teachers. All are associated with the RoboClub of which Kavya has been a member since she was nine.

FLL introduces a scientific and real-world challenge for teams to focus and research on. The robotics part of the competition involves designing and programming LEGO Mindstorms robots to complete tasks. The students work out solutions to the various problems they are given and then meet for regional tournaments to share knowledge, compare ideas, and display their robots.

The project that Kavya and her team are working on is called the Bee Saver Bot which removes bees safely and carefully without harming them or humans.

Kavya says, “Whenever people see a beehive in their houses, they call the pest controls and burn the hive. That kills about 20,000-80,000 bees. So we thought of building a solution that can safely relocate the beehive without harming the bees because more than 85 percent of the world’s crops are pollinated by honey bees. Every third bite of food comes from a bee pollinated crop or animal that depends on bee pollination.”

As a part of research, the young team visited a bee keeping farm and training centre in Uttar Pradesh and learned all about the bees and built their Bee Saver Bot. The Bee Saver Bot takes down beehives without harming any humans or bees in households or high-rise buildings.

The prototype that they are working on and need to have ready for the competition in May is a quadcopter — a flying drone with a 3D camera which scans the hive and the area around it and gets 3D measurements. The measurements are then fed into a CAD-CAM software which designs the shape of the enclosure which is needed to cover the hive and the bees altogether. Kavya explains that the design is fed into a wood-based 3D printer, which prints a biodegradable, breathable, and reusable enclosure. The quadcopters go up again near the hive. Two arms enclose the hive completely, while a third arm uses a sharp blade to slice off the hive from near the wall and seal the enclosure. The enclosure is now transferred to a vehicle to be transported to the nearest bee farm.

Called the Lightning McQueen, this red colour robot will be built with Lego Mindstorms EV3.

Explains Kavya, “We are using EV3 large motors, colour sensors that are used for line following, gyro sensor to take accurate turns, and pneumatics for multi-tasking. The pneumatics are just like hydraulics, they store the air in them and then use it for various tasks. Our robot consists of simple mechanisms such as gear mechanisms, incline planes, and lever mechanisms. We did so to minimise the use of motors during the tasks."

Kavya has been working on this along with her school work. Initially, the team used to have a weekend session of two-four hours a week but as the competition gets closer, they practice five days and 18-24 hours a week on an average.

Her work has received attention from the government too.

After the prototype shows its prowess in Denmark, she wants to reach out to the government authorities working with the bees in India and collaborate with them and ask them to use their Bot Bee Saver.

She is hopeful of winning the competition and has one important message for all the parents out there:

Don’t worry about your children, let them follow what they want to do and see them succeed.