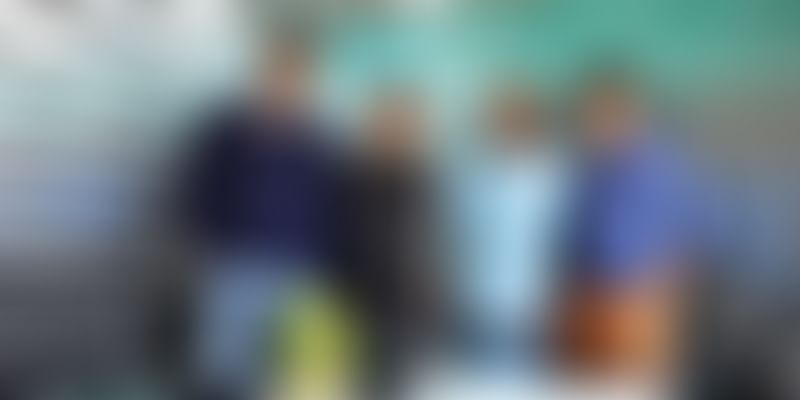 Forty-five-year-old Dr Puneet Agarwal, Head of Unit and Principal Consultant, Neurology at Max Super Speciality Hospital, observed a bottleneck in doctor-patient interaction in the course of his practice: patients who were unable to reach him immediately had to wait for the next available appointment.

He felt that this was unfair to patients, more so for his international and outstation patients. He found that such a situation arose due to lack of a proper communication channel. To bridge this communication gap, he got together with the other co-founders from diverse backgrounds and launched Konsult, an online doctor consultation platform that focuses on post-consultation follow-up for patients and second opinions.

Puneet discussed the idea with 28-year-old Anshul Mittal, a public health lawyer with a specialisation in intellectual property law. Anshul, who had worked extensively on laws relating to access to medicine and public health, liked the idea and joined as a co-founder. Later, Kailash Sati, who had earlier worked with organisations like BILT and Koovs, came on board to head operations, while Itiranjan Mishra and Harry Naik joined to head technology and marketing, respectively.

The team felt that access to quality healthcare was one of the biggest problems faced by the people in India. Anshul adds that while a majority of India’s population lives in tier-II and tier-III cities and rural areas, most of the qualified doctors are concentrated in metros and tier-I cities.

This leads to a lot of inter-country movement for accessing healthcare. On the other hand, there is a huge capacity crunch – the number of patients per doctor in India is way above the global average and, therefore, there is a dire need to augment the existing system to drive efficiency.

One way of increasing efficiency and saving time and money is by expanding the reach of healthcare. Studies indicate that more than half of all consultations can happen remotely and the estimated market potential for such consultations is around Rs 350-400 million per year.

Working along the challenges

The challenges include both post-consultation follow-up with one’s own doctor as well as first consultations with new doctors (second opinion).

“Konsult is a step in this direction – it lets users find and choose their preferred doctor and connect to them instantly over a call/chat in real time with automatic payment being linked to the duration of the consultation,” says Anshul.

He mentions that the team is building a business that has high entry barrier, since online consultation is a totally new concept for Indians. "We had to carve a niche where the market is impervious. It takes a lot of time to build trust and educate the audience. The mindset of the users has to gradually change," says Anshul, adding,

“For this, we took the aid of technology to build a platform that is complex and at the same time very easy to use. One of the co-founders is a doctor himself and in the pilot stage, we interacted with around 50 doctors to build and refine a product which solves a real problem without imposing an additional burden.”

Getting doctors on to the Konsult app was quite challenging as well. However, the team was able to onboard over 1,000 doctors within six months. “We first focused on building a credible doctor supply side and now our doctors encourage their patients to use the app for follow-up consultations leading to a natural product push,” says Anshul.

Workings of the platform

The platform acts as an interface between doctors and their patients. Usually, after the first OPD visit, there is no channel for the patients to consult their doctors remotely. Data shows that more than half of all follow-up consultations can be done remotely without the patient being physically present. “Hence, the patient-not-present (PNP) market is a huge opportunity and focus area for us,” says Anshul.

Konsult also lets patients and doctors share medical documentation for review and opinion through an in-built chatting interface. The platform helps first-time patients wishing to consult the best available doctors over a call and also for taking second opinions especially in the case of chronic and serious ailments.

The platform also has an offline model that is targeted at audiences who do not have smartphones or good internet connection.

The offline channel offers the same services as the app-based solution except that it doesn’t need the app or the internet. Select doctors are assigned virtual extension codes which they share with their patients who do not have a smartphone/internet.

These users buy recharge coupons and consult the doctor through Konsult’s IVR-based system. “This also works really well for rural patients. We have done a pilot field study with around 50 doctors and the solution is now market ready and up for deployment,” says Anshul.

During the pilot phase, the team concentrated on building and refining a robust tech platform and incorporating doctor feedback to improve the product. Thereafter, a new version of the app was launched in May 2016.

Since then, the team claims to have onboarded 1,200 leading specialist doctors from Delhi NCR and served more than 25,000 patients. “January saw in excess of 12,000 transactions and more than 20,000 engagements. In 2017, we have also launched a user concierge and doctor recommendation service which provides localised advice on best doctors, treatments and costs,” says Anshul.

Konsult directly competes with Sequoia and Tencent-backed Practo, which has Practo Consult on its platform that enables the patient to communicate with doctors, and even consult before actually visiting a doctor. There is also Lybrate, which is in the doctor discovery space.

Anshul adds that their approach to healthcare is very different from other players in this segment, and lays stress on trust and transparency.

For this reason, they let their users choose from hundreds of qualified doctors on the platform based on their qualifications, location, and experience, etc. This is different from the old world model which worked on a panel-based system, with a few doctors at a call centre, and the user is connected to one of them randomly based on availability.

“We do not charge any fee for doctor onboarding; instead, we have a revenue sharing arrangement with our doctors which are in sync with the standards in the healthcare industry. On every transaction that happens on Konsult, the revenue is shared between the doctor and us,” says Anshul.

Konsult has raised two rounds of seed funding from angel investors. The company is currently raising a pre-Series A round.

“The idea is to add 10,000 doctors in the next one year and scale marketing to add customers on the second opinion front. We are also moving towards a demographic expansion with increased focus on outstation and international patients,” says Anshul.