The next big idea on keeping talent engaged 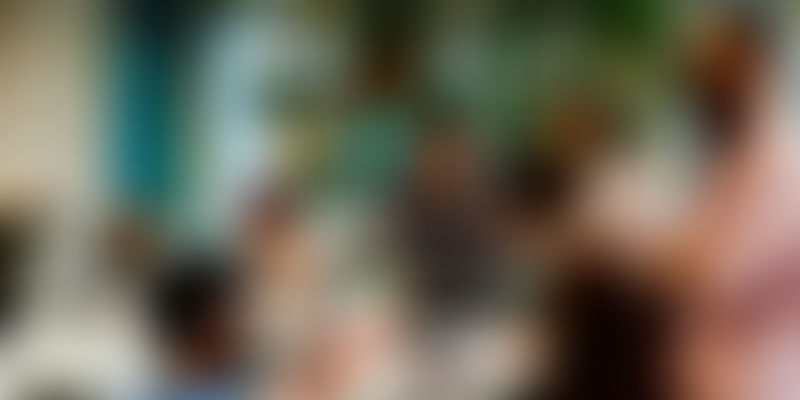 Engaged employees are 44 percent more productive than those that are merely satisfied. However, it is no easy thing for a manager to keep employees engaged.

When people update their profile pictures, they wait with bated breath to see if anyone noticed. The first few likes have to come in quickly. If people have to choose between getting unflattering comments and no responses, they would rather take it on the chin than have to wilt away in the face of no one noticing that their profile photo had been changed. In the workplace, things are strikingly similar. People put in their best, learn new things, and think of clever things to say and do. More often than not, the colleagues, and worse still, their managers, don’t notice. This is the talent engagement conundrum.

Organisations have to worry about three major talent challenges. The first is how to woo talented people to come through the door so that they can be hired. The second challenge arises once they have been hired and assigned a task; the organisation has to keep them from losing interest in the task and the company, it has to keep them engaged. The last challenge is all about developing the people to maximise their potential and grow their talent. Of these three, engaging people is the hardest. A manager once told me, “Talent engagement is like being a stand-up comedian every day. You are never sure which jokes will get the laughs.”

If someone has been hired to do a job, shouldn’t they just do their job? While a lot of employees will do the bare minimum they need to do to keep their jobs going, there is a small percentage of employees who hit the ball out of the park. They file for patents, contribute more, and are evangelists for the brand. According to Bain and Company, companies like Apple, Netflix, Google, and Dell are 40 percent more productive than the average company. That amounts to a disproportionate impact on the bottom line.

Teachers report very high levels of satisfaction and engagement because they believe that they are making a difference to the lives of students. People in helping professions echo the sentiment. Being able to do a job may make people successful, but making an impact makes a person feel valued. Knowing that one matters can be a great trigger.

Is engagement the cause or effect?

Does a higher level of engagement improve performance, or are high-performing employees more engaged? According to research, although improved organisational financial and market performance follows high talent engagement, the reverse is also true. In fact, gains in financial and market performance tended to boost certain aspects of employee engagement more than the other way around. Employees who are part of a winning organisation naturally tend to walk with a swagger, and are more engaged.

Steve Ballmer spent $75 billion on R&D and acquisitions over a decade, but had very little to show for it. The same Microsoft is now regarded as one of the most innovative companies in 2017. The difference lies in the style of Satya Nadella. He described the change in mindset by saying, "The learn-it-all will always trump the know-it-all in the long run."

Over the years, I have looked at engagement surveys and learned from effective people managers what makes them so. Managers who are able to engage their team members often share a few behaviours:

Being ignored by the boss is likely to make an employee 15 times more actively disengaged than engaged, according to Gallup. The boss just knowing the projects the team members are working on, meanwhile, makes the employee seven times more engaged. That does not mean micro-managing the team. Effective managers define the end results and let the team members choose the path that will get them there. Social media is getting many of us used to the dopamine high of constant affirmation and engagement. Effective managers are more like skilled community managers. They know the human being as well as their task portfolio.

Working on goals that are challenging is a high. Sometimes, the vision of the company can inspire employees. But on a day-to-day basis, employees need to have their larger goals broken down into goals that they have to deliver in the short term. Mountaineers are not just inspired by the goal of reaching the peak; they are equally excited about the journey and the hardships they have to endure.

At the Beijing Olympics, the most impressive victory for Michael Phelps was the world record he set at the 200 metres butterfly event. As he dived into the pool, moisture entered his goggles and blinded him. He could not see his competitors. Nor could he see the end of the pool and calculate how many strokes would get him there. A miscalculation could cause an injury. Most people would lose their nerve in such a situation. His coach, however, had prepared Phelps for such an event, making him swim in the dark when he was training. It was that experience that told Phelps that he needed 21 strokes to complete the event. He did that, and went on to win the gold and set a world record. That is what a great manager can do to prepare his team members for success.

An engaged employee is 44 percent more productive than a satisfied worker, but an employee who feels inspired at work is nearly 125 percent more productive than a satisfied one. We are moving to a phase when machines will use artificial intelligence to allocate tasks and follow up with team members. That routine and repetitive part of the manager’s task is going to go away. What is left behind may be way harder – to engage the team by inspiring them.