9 years and 4 funding rounds later, Practo rebrands itself as a one-stop healthcare platform 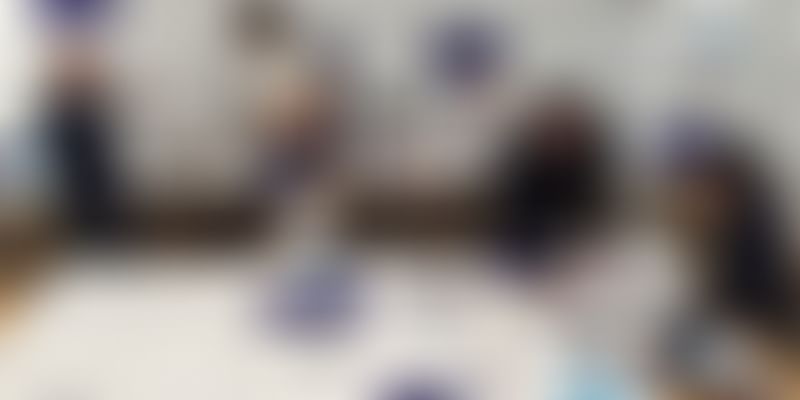 Practo, the healthtech company, today launched itself as a complete healthcare platform that focuses on appointments, consultations, health records and insurance. For this, the team worked with the New York-based agency CGH.

"It was the year 2009 and the world of startups was very different. Bootstrapped and one and a half years into the business, a small yet tight team managed the show. There were times when the going was tough, and yet the important thing I had to do as an entrepreneur was to put on a brave face.

"But late at night in our Mumbai office, I would remember walking to the coast opposite and feeling the weight of the efforts. At these low points, when I would be asking myself 'what next?' the only thing that kept me going was my absolute unwavering belief in my vision," reminisces Shashank ND, Co-founder and CEO, Practo.

Focusing on the complete healthcare gamut

“When we first started in 2007, we had Practo Ray, a SaaS platform for doctors. Our branding and positioning focused on that. But now with us focusing on everything to do with healthcare, whether it is consultations, discovery, record-keeping, and even insurance, we felt that we needed our brand to reflect that change clearly.”

The new branding has in fact been in the works for close to two years now. The Practo team has been working with New York-based graphic design firm Chermayeff & Geismar & Haviv (CGH) to create its new identity – Your Home for Health.

The idea, Varun says, is to ensure people know that there is a single, trusted, and familiar place where consumers can find doctors, book appointments, chat online with doctors, order medicines, get lab tests, store health records, and read health articles written by doctors. Shashank mentions,

“The branding also focuses on the additions that we are working with the insurance and payers on the platform. It helps us focus on the platform strategy and represent that on our positioning and our brand.”

Shashank also adds that telemedicine is growing as a large use case on the platform, which grew from consultation and chats. Varun says - the patient who comes to Practo is already distressed.

“It would be a better consumer experience to have him or her look through everything on one platform — medicines, appointments, insurance, and even read up articles that have been written by expert doctors. The branding emphasises on that.” Shashank also believes that medical tourism in India is a big bet, and Practo is currently closely looking at the space.

But eight years ago we lived in a different world. Doctors, Shashank says, have always been tough nuts to crack. While today most people in the healthcare and healthtech segment have heard of Practo, in 2007, Shashank and Abhinav Lal would wait outside clinics and hospitals, biding their time.

But that also meant the duo would spend time looking at the space around them. He explains,

“My product insights never came from an office. I got the pulse of the space by observing what the patients were doing and talking about in those very clinics. The process was very subconscious. I needed to look through the cracks to find out the problems in the market.”

Practo saw a 10 percent drop in patient visits and appointments after the demonetisation move, but Shashank clarifies that they were back on track by December. Remember their first customer ever, Shashank says,

"The first doctor we met was in one of the most populated areas of the city and it was very difficult to reach him. It was a very crowded and small clinic. There were a multitude of thoughts running in my head at that point in time, the most prominent one being, 'what am I doing here?' But when I met the doctor, we realised how passionate and open about the problems he was. We were hitting some dead ends, and the insights we got gave us the needed push. When we went back with our product, he immediately wrote a cheque and gave it to us. I will never forget the positive response we got.”

Currently, Practo is focused on all the stakeholders in the healthcare segment — insurers, pharmaceutical companies, medical device companies, and even patients. Varun adds that being a one-stop shop, the idea is to ensure that access, which currently is difficult in India, becomes easier.

Also on the supply side, the idea is to build new services on top of Practo’s platform and deliver a superior healthcare experience for both the providers and the consumers. Currently, on the B2B side, Practo provides healthcare providers with Ray, Qikwell, Insta, and Querent. Practo had acquired Qikwell and Insta along with Fitho and Geni last year.

When asked if there are any more acquisitions intended for this year, Shashank says, "Not at the moment." He adds that healthcare consumes a large portion of their time. In the RoC data, Rs 133 crore of Practo’s sales came from their Singapore-based company Practo Pte.

The early days were all about understanding the space and working towards making the product useful to the doctor at every stage. Today, after nine years, Practo has a team of over 1,500 people.

“The idea to build healthcare technology is to make life more convenient and automated for doctors and their patients. There can be a lot of impact created with a small and nimble team. You can have scalable systems if you build technology,” adds Shashank.

Southeast Asia and the world

Currently, for Practo, Southeast Asia is a high-growth market. Shashank adds that Singapore, the Philippines, Malaysia, and Indonesia are growing faster than India. It is a market Practo is bullish on, and they even believe that they can be leaders in the Southeast Asian markets.

While Brazil is a large market with high healthcare needs, Southeast Asia nevertheless is growing faster than any of the three locations – India, the Middle East, and Brazil. Though Practo is yet to launch a consumer side of the platform in the Middle East, Shashank says their enterprise business is growing significantly in the region.

In September last year, Practo had launched its operations in Indonesia. The team had claimed to have over 6,000 doctors on its platform, covering over 75 percent of all clinics across Jakarta. The platform also has a presence across major Southeast Asian countries like Singapore and the Philippines.

For Practo, Shashank had emphasised the need for a similar mobile and smartphone penetration as the key to expansions in different geographies. If one were to look at the Latin American markets, there is an estimate that states that by 2019, 245.6 million smartphone users will be present in the region. Close to 84 percent of this share will be from Brazil, Chile, Argentina, Mexico, Colombia, and Peru.

While the Southeast Asia market might be booming for Practo, Shashank nevertheless believes India is a stronger and bigger bet. He adds,

“India has huge potential for innovation and it also has huge potential for making money. We are seeing a strong revenue pool in India. But I believe that it will take longer in India. The startup ecosystem in the US is much more used to a shorter lifecycle of founding to IPO. In India, the average time itself is longer. It needs a longer gestation period as the growth is slightly smaller and there is a need to do several non-scalable things, as there is a penetration distribution problem we need to focus on feet-on-street. And if you compound this with healthcare, which is a complex beast, which is known for its slowness for change, it will take a little longer.”

Over the past two years, the healthcare segment has seen significant players. Whether it is Sequoia-backed 1mg, Tiger-backed Lybrate, Netmets, Matrix-backed Myra, Bessemer-backed PharmEasy, the consultation, the online pharmacy and discover space is fast growing. This is because the ratio of penetration of patients to doctors is far lesser.

“Healthcare in India is a large and slow problem. But at Practo we are positive that we will be able to make the change and much-needed impact,” says Shashank. The new branding is also Practo’s way of entering as a serious contender in the global markets in the far future.