Over 20k injured, abandoned animals have found new life, thanks to this Delhi-based NGO 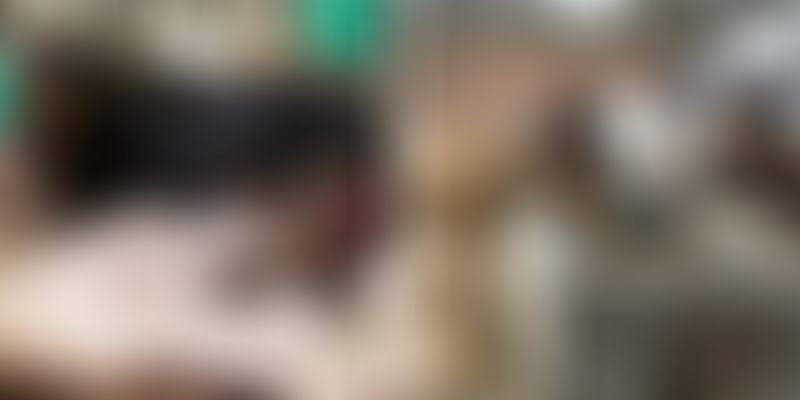 From providing shelter to medical care, Friendicoes SECA has been working towards animal care since 1979.

This is the story of an organisation that refused to turn down an animal even at the verge of shutting down, when it was struggling to find its feet, a couple of years ago.

This is the story of Friendicoes, a Delhi-based NGO that has been working towards animal welfare since 1979.

From ‘kindness club’ to Friendicoes SECA

Sometime in the 1970s, a group of school kids got together and started a ‘Kindness Club’ for distressed stray animals in a space provided by the then Prime Minister of India, Indira Gandhi.

The idea of the club was to do something constructive to make the lives of street animals and working animals better and alleviate their suffering. In April 1979, the club was registered as a society and Friendicoes SECA (Society for the Eradication of Cruelty to Animals) was born.

When Friendicoes registered itself, animal welfare was not an area of priority nor a consciously-thought-out movement. Hence the organisation was born out of a passion for serving animals and this emotional impetus continues to inform and power Friendicoes even today.

The space under the Defence Colony flyover is a place that accommodates nearly 150-200 animals at any point of time. Friendicoes has a policy of never turning down an animal in need, even at the direst of conditions. The organisation has been known to withstand the financial crunch and work towards animal welfare relentlessly.

The organisation, in its early stages, found that funding was not as challenging as getting the message out that animals needed care and a sanctuary of sorts from the stress and trauma of life on the streets, and that compassion need not be rationed out with the inevitable opposing of human needs to animals’ needs.

“The questions we had to answer usually revolved around explaining that animals had emotional needs and sensitivities and we were ethically bound to care for them. As the number of animals increased and we started the spay-neuter project for strays and got older and more popular, our two biggest challenges became space and funds.

“Even with five ABC (Animal Birth Control) hospitals and a lifetime-care sanctuary, we pine for several things: a place for old-age dogs and cats, where people can leave old pets and have them live their few remaining days with dignity rather than throw them in the streets like worn out shoes; an adoption home separately for adoptable animals; a puppy shelter to take care of injured pups and abandoned or orphaned ones... there is no dearth of challenges when one is engaged in animal welfare,” says a member of Friendicoes.

Friendicoes was at an all-time low for funds and on the verge of shutting down some of their most essential services at the time.

Friendicoes primarily rescues domestic animals such as dogs and cats, horses donkeys and cattle. Animals are provided with medical assistance and shelter. The city clinic caters to the pets and an IPD (indoor patient department) takes care of all the strays and abandoned pets that come to Friendicoes with injuries or illnesses.

The organisation operates a helpline and ambulance service for injured street dogs and cats. Abandoned and abused dogs, cats, horses, donkeys, and cattle are rescued and brought into the shelter facility. The shelter facility has close to 1,000 permanent animals.

The mobile equine clinic, which is out on the road six days a week, provides medical assistance to working horses between the four states of Delhi, Haryana, Uttar Pradesh, and Rajasthan. The team currently takes care of about 1,500 working equines. On a daily basis, 20 animals arrive at the shelter. These include hit-and-run or abused cases, sick animals, or abandoned pets.

Friendicoes also has a sanctuary in Gurgaon that is home to almost 1,000 permanent residents as well as a hospital that caters to strays in the Gurgaon area. In addition to the NCR region, Friendicoes also has its operations extended in Faridabad, Ballabgarh, Ghaziabad, Mathura, Vrindavan, Jewar, Tappal, Bharatpur and Agra.

“The plans are always to expand and improve the facilities at the main Delhi shelter so we can help more animals better. We recently started our fifth and newest ABC centre at Bijwasan. We aim to add more such ABC units so we can cover more areas in Delhi and ensure maximum dogs can be sterilised to improve the street dogs’ living conditions and also reduce man-dog conflict,” says a member of Friendicoes.

Friendicoes wants to start an adoption centre for abandoned pets where they can be looked after till they find homes. The organisation also hopes to add a second night ambulance to attend to more animals in distress and have a vet available through the night.