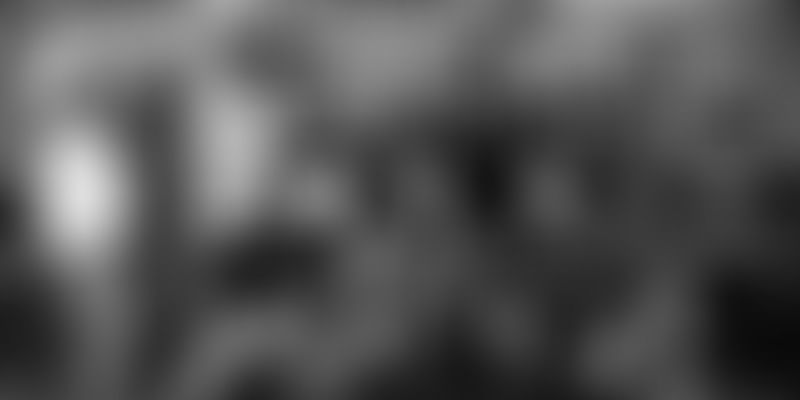 Mumbai-based Altifarm gives you the delight of home farms and gardens in an easy modular and plug-and-play format.

In 2014, 31-year-old Arun Raj, who then ran a boutique industrial design studio, Primus Design, was working on a large granite-based modular garden design project for a Swiss client. After several iterations of the design, Arun realised that there were hardly any home-garden shops or brands. That’s when Arun says he felt the need for an all-season modular home farm. And this led to the genesis of Altifarm, a home garden platform.

With designs centred around tight and busy urban spaces, Alitfarm sells vertical structures that comprise special trays that one call fill with soil and sow herbs and vegetables for their daily use.

The idea was to make the process of gardening easier and also enjoy the benefits of a homegrown farm, without the need for routine watering, electricity, or recurring subscriptions.

The trays come with a watering sprout and a water level indicator. The water in the sprouts can be filled once a week, and the rest is taken care of by a pressure mechanism which ensures the plants are watered through the holes in the platform situated in the tray. Explains Arun,

“The self-watering system works with the help of capillary action (and gravity). There is no electricity or motor/pump involved. It also helps with oxygenation of roots leading to healthier plants.”

The trays also come with a Growlight expansion pack, which is used for indoor plants so that they can work on their processes away from the sunlight. Arun adds that LEDs are chosen to impart certain specific wavelengths, which promote vegetative growth, flowering, and germination.

By providing the exact wavelength to plants, the system is rendered highly power-efficient with minimal operating costs and the included timer takes care of auto-shutoff functions. It has an IP65 rating and is custom manufactured to specs for optimal performance. For colder climates, there is also the Greenhouse pack for outdoor use.

Working on a three-year pipeline

Altifarm allows for both outdoor and indoor use. It provides one sq. metre of gardening space from no more than the footprint of a chair and makes an unused corner of the house into a mini-food farm.

“We are confident that Altifarm lets you grow almost anything, as long as plants are not too tall, that tiers are height adjustable and removable to facilitate this,” adds Arun.

The journey started in 2014 with paper sketches and a proof of concept with acrylic sheets that were held on frames made from hardware pipes. This meant close to three years of trial and error tests. After the basic mould, they followed it with a CAD-based design and 3D printing for trials and moved on to mould making.

While the first product was ready by late 2014, for the next three years, the team kept working and re-working on the product.

“The product you see is Altifarm 2.0 and we believe this is our best yet. All the learning we had over the years at the design studio has been invested into Altifarm and it has helped us meet amazing people and take some huge risks,” says Arun.

Since Arun had already founded Primus Design, getting initial help wasn’t difficult. His mentor and neighbour David Ghosh joined in as the co-founder. With decades of experience in the manufacturing space, David was able to bring the needed manufacturing know-how and in-house production capability for the metal frame, while the plastic part of the business is handled by a captive vendor nearby.

The core team is a mix of designers, engineers, tinkerers, and production specialists. The 12-member team works out of Mumbai with a manufacturing facility in Pune. The first sale was made to Switzerland, where the team shipped 80 units to their friend and mentor Jean. Currently, the units are priced at $199.

The team is focused just on building and selling the units. Individuals will need to buy their own soil, seed, and all other farming tools.

Their revenue model is only through (online) sales of Altifarm and expansion packs, of which barring customised grow lights, everything is mostly done in-house or in close vicinity. While the concept of vertical gardens is relatively new in India, the idea is thriving in Mexico, Europe, US, and New Zealand.

Some of the companies in a similar space include Mexico’s Vertical Green, which was a part of a kickstarter programme. There also is Delhi-based Green Walls, US-based Green Sense Farms, and other US-based company City Farm.

“We plan to develop Altifarm further as a product platform and are already working on variants and expansion packs. We look forward to feedback from users to improvise the product and add more features and functionality. We also invite those who would like to join us in our journey towards Urban Farming Movement, by partnering us in sales and distribution,” says Arun.