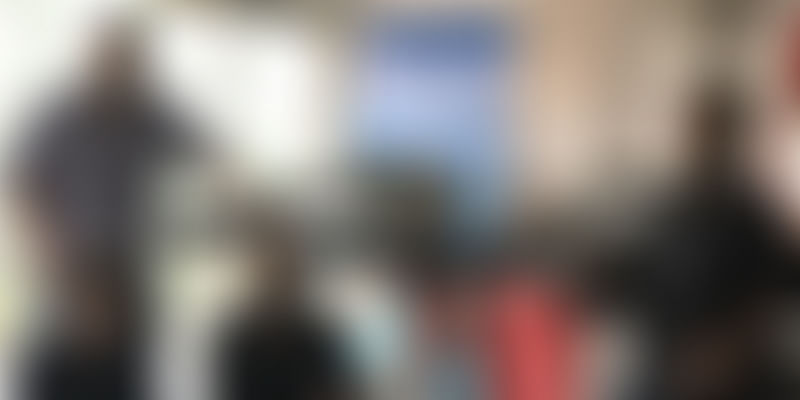 Imagine competing in a race against Usain Bolt, the fastest man in the world, and feeling the motivation to train harder. Also, imagine competing in a friendly ‘virtual race’ against your own friends from the comfort of your home on a treadmill. Bengaluru-based Fitphilia has an IoT-enabled treadmill powered by an Android tablet and app that helps runners get a better running experience from the comfort of their home or gym.

While one cannot compete against Bolt just yet, Fitphilia lets runners compete against each other and shadows of themselves, with their custom-built treadmill named FitMill. Let us explore Fitphilia in this week’s App Friday’s review.

Based on personal pain points and looking at the market needs, Nirav Patil and Aditya Goel started Fitphilia in September 2015 to help people get and stay fit. Nirav had previously worked at companies like MuSigma and Tredence, where he was one of the early employees and successfully led different project delivery teams. Aditya, on the other hand, had worked at Snapdeal and like Nirav, worked at MuSigma and Tridence, where he was the first employee and the head of product and innovation team.

Talking to YourStory about how their venture came about, Nirav said that working long hours at fast-paced companies had taken a toll on his fitness. As he didn’t have the option of going to a gym, he decided to buy a treadmill and share it with his flatmates. But looking at the rental models of companies like Furlenco, Nirav and Aditya decided to start Fitphilia to let people rent equipments like treadmill and other cardio equipments.

As they scaled up to about 100 customers, they saw challenges which urged them to pivot. Nirav added,

Customers liked the products and had high interest levels in the first month. But by the end of three months, dropout rates were as high as 70 percent.

The Fitphilia team did some research themselves and also referred to industry reports to understand this trend. They found that keeping fitness enthusiasts motivated was the key to keeping them glued to fitness products. Nirav noted that running as an activity has gradually evolved from a group activity to a solo one, thanks to the emergence of products like iPods and fitness trackers which encouraged individual activities. While fitness trackers do solve motivational issues to an extent, Nirav believes that solo activities can’t keep people engaged for long.

On the other hand, group sports activities are more enjoyable and motivation levels of participants are generally higher. This was missing in traditional cardio equipment. Nirav noted,

Cardio equipment has remained the same for many decades. Apart from minor changes, they generally have the same buttons and controls like start, stop, speed, and incline controls.

Having bootstrapped since 2015, Nirav noted that they recently closed an undisclosed seed round from multiple investors, one of which is Bhavesh Talsania (Director), Co-founder of Aurion Pro Solutions. The funds are mainly being allocated for scaling up technology, focussing on marketing, and funding inventory.

The Fitphilia team believed that a plain vanilla leaderboard wouldn’t work for the current generation that longs for instant gratification, so they decided to explore this as an engineering problem and see if they could improve on the hardware front.

So they worked on a design for a treadmill where a custom-made 15.6-inch tablet is pre-integrated with the treadmill and connected to the motor and powerboard. The final product is then manufactured through partners in Taiwan and China, before the final assembly in India.

Nirav mentioned that they are currently working with a few manufacturers but based on the specifics of the treadmill, they can tweak their design and make it compatible with other treadmills.

The finished product named FitMill has an Android-powered tablet and app that serves as the main control board and is also equipped with speakers and USB slots. Users can also use the tablet to stream music and videos while completing their run. But Fitphilia’s own app has some interesting features. Let us explore them:

To get a better understanding of the experience, I visited one of Fitphilia’s partner outlets in Bengaluru to get a demo of the platform and how it works. While time didn’t permit for extensive tests, I was able to get an overview of some of the key features.

The custom-built treadmill I got to try out looked like other treadmills on the market except for the tablet embedded in it. The touch controls though are quite similar to what one expects from a regular treadmill. Users can control the speed, incline, start or stop, and also control the music.

Users can also create personal profiles and based on personal data and data from a few runs, Fitphilia’s algorithms will be able to understand a runner’s fitness levels and connect him or her to runners of similar fitness levels. Nirav mentioned that this is a key to keeping users glued to the platform. Competing with someone like Bolt in their first run would be extremely demotivating for many. So the app tries to find live runners at similar fitness levels and if no one fitting that profile is online, the platform picks previous runs from similar users to start the race.

I competed in a quick race against a previous runner’s data and could actually see the neck-to-neck race unfold on the screen. Since users don’t have an idea of the exact speed that their opponent is running at, the last few yards of the race provide an interesting experience as runners try to either speed up or maintain their speed to try and win the race.

Fitphilia has designed the platform for both novice and expert runners. Nirav said

Fitness is different for everyone. For beginners, it mainly involves motivation. But when the habit is created, and you are self-motivated you would want to compete with yourself.

So based on one’s level of progress, users are given custom recommendations and also have the option of competing against a ‘shadow’ profile (past data) of themselves.

Nirav noted that Fitphilia’s team and early beta testers consist of a panel of elite runners, diabetologists, and psychologists who are helping them improve their platform and make it more smart. In the next iteration, Fitphilia aims to collect more data and be able to share vital stats such as heart rate zones during a workout with doctors. On being asked, Nirav also noted that it would be possible to gather data of athletes like Bolt, feed them into Fitphilia’s system, and let runners compete against them.

With two different models priced at Rs 90,000 (entry level model, with a DC motor) and Rs 1.5 lakh (more sturdy, with an AC motor), Fitphilia’s current focus is direct consumers who want a unique running experience. Going forward, Nirav aims to focus on the B2B market and cater to venues like gyms and fitness centres.

The Fitphilia team is also working on a mobile version of their app, which will be available for outdoor runners. By leveraging a smartphone’s GPS and relying on Fitphilia’s algorithms, Nirav claimed that the app will be able to take into account all the factors involved in running outdoors compared to an indoor environment and ensure a fair race among different runners.

The near-term goal though is to capture the Bengaluru market and then expand their distribution networks to other Indian cities. Once they have enough runners on the platform, the team also aims to start ‘virtual marathons’ at different times of the day to encourage users to run regularly.

The health and fitness market for cardio equipment in India is not as advanced as some foreign markets, but Fitpihla believes that with more people becoming health conscious and rising purchasing powers, there is a lot of room for growth. On the global front, there are players like Peleton cycles and eGym that are also trying to marry new age technology with traditional gym equipment to enhance the end user experience.