[App Fridays] UpGrad collaborated with the government to launch Startup India Learning Programme. How effective has it been? 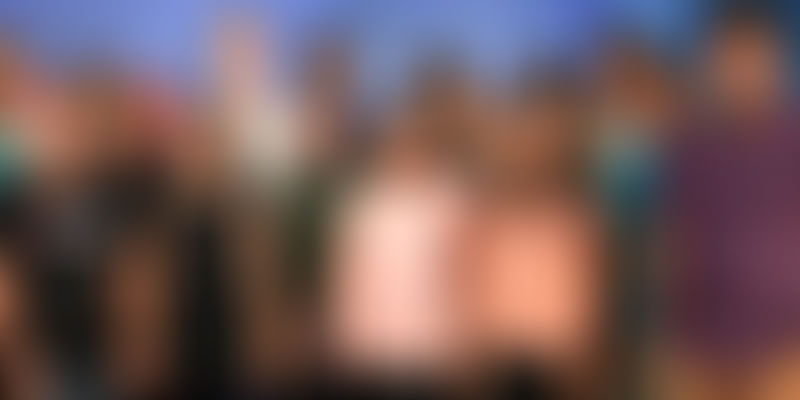 While most Indian startups have the technical chops needed to run a business, many fail because of weak foundations and wrong decisions. Can a collaboration between the government and an ed-tech startup level the playing field for all aspiring entrepreneurs?

“Starting a company is like throwing yourself off the cliff and assembling an airplane on the way down,” is how Reid Hoffman, Co-founder of LinkedIn, described the process of starting up in an interview with Bloomberg.

But a majority of startups do crash and burn before they ‘build their airplane’. CB insights did a postmortem analysis on the top 20 reasons why startups fail. According to the data, the top three reasons were:

UpGrad was founded in July 2015 by Phalgun Kompalli, Ronnie Screwvala, Ravijot Chugh, and Mayank Kumar. As an ed-tech platform, one of UpGrad’s courses included Entrepreneurship Certification Programme (ECP), which it launched in November 2015 (More on this later).

"So when the government announced the Startup India initiative, we proactively reached out to them for possible collaborations,"

Mayank told YourStory over a telephonic conversation. The government’s goal was to build a strong eco-system for nurturing innovation and startups in India.

So, UpGrad offered to create a crash course of sorts with a four-week (14 learner hours) online course that covered lessons on key areas of starting up, including idea validation, finance, and legal aspects, and pitching and fundraising taught by 40 top founders and industry experts. After many months of discussions, the platform finally went live in January 2017 and an Android app was launched in mid-March.

In an earlier interview, Ronnie had said: “We don’t claim to teach you entrepreneurship. However, we will teach you many different things about entrepreneurship, making it easier and helping you avoid 20 mistakes that you might have made before.”

So the aim of SILP is to help entrepreneurs get their ideas and ventures to the next level through structured learning. The course is currently free and participants will get an official Startup India and Invest India certification on completion of the programme.

Let us take a deeper look at SILP and see how it works.

Mayank noted that the web and mobile app provide a similar experience and have been designed to give a headstart to entrepreneurs about the basics of starting up. In terms of users, Mayank said that they currently have about 1.3 lakh learners from across India, with about 96K users accessing the content in English and 27K accessing it in Hindi. Out of this, about 37.5K learners are learning on the app. UpGrad also shared some other metrics on its current traction:

The learning environment has also been designed to foster active learning and peer-to-peer collaboration. Mayank noted that the goal was not to build a content library, but to create a community of learners. Hence, the app currently has two main sections:

Let us explore both these sections

SILP currently has six main modules going across the key moments of a startup journey ranging from idea identification and assessment to pitching and term sheets. Learners can access any of these sections and learn at their own pace.

Each module includes multiple sessions with a few pages of text, video content, and quizzes. Completing each session unlocks the next in a given module. Given the self-paced nature, I ‘binge read’ a few sessions across different modules to better understand the experience. The video content ranges from short videos of about four minutes to longer videos of 12 minutes and beyond. While the shorter videos have a quiz at the end, the longer ones are peppered with a quiz at regular intervals and embedded with the video.

While the desktop and mobile app experiences are similar, one can vary the playback speed from 0.25 to 1.5x on the web. Such control doesn’t seem to be available on the mobile app version yet.

Another feature that could be useful for mobile users is offline viewing of videos when they don’t have internet access. Mayank added that offline viewing is possible but intermittent online access is needed to complete the quizzes.

Mayank mentioned that out of all their modules, idea identification and assessment, legal foundation, and financial basics have seen the highest traction primarily as they are highly relevant to aspiring or early-stage entrepreneurs. Also given the self-paced nature, he also said that lot of learners ‘binge-learn’ and look to complete a module in one sitting.

In each of the modules, learners have an option of posing a question to their peers and engaging in a discussion with them. This feature is also visible prominently on the app home screen, where users can search the forum through keywords or sort through with some custom filters.

Like other social networks, learners can up-vote, respond to, and bookmark discussions based on their need. Mayank said, “Over 75 percent of the total users are active on the discussion forum on the learning platform where they are sharing their experiences, solving each other’s queries and facilitating a collaborative learning experience.”

To keep users engaged, SILP’s discussion forum also includes some gamification features in the form of points, rank, and badges for active users.

Talking about the future plans and goals for SILP, Mayank said that the long-term goal was to reach one million users on their platform and create a community for entrepreneurs. They also aim to launch the app in some regional languages to increase the impact and reach out to more aspiring entrepreneurs.

While SILP is a pro-bono initiative from UpGrad in collaboration with the government, the startup also has a more elaborate ECP, which is a paid course.

They key differences between the free (SILP) and the paid programme are:

YourStory had requested UpGrad for some data on the effectiveness of the SILP programme, in terms of the number of learners who have successfully completed the course and the approximate number of ventures that have started up as a result of this course. UpGrad had expressed interest in sharing these metrics. We will update the story when they respond.

[Update 5/5/17, 6:45pm - UpGrad noted that since different topics in the Learning Program are relevant to different sets of people, it is tough for them to share course completion metrics. But they shared some trends-

Keeping these metrics in mind, UpGrad noted that their SILP has seen a 6.5 percent overall completion rate (Completion of all modules+quizes). Most have done at least 1 complete module (not all) - only idea validation, some do only legal foundation etc- which in itself helps achieve a particular learning objective. However UpGrad noted that their paid program sees a completion rate greater than 90 percent.]

Entrepreneurs are generally subject-matter experts in their own fields but in most cases are lost when it comes to legal and compliance matters or the nuances involved in signing a term sheet. Overall, SILP lives up to its aim of creating awareness about entrepreneurship and also levelling the playing field for entrepreneurs who are starting out and have little or no resources.

While the jury is still out on whether entrepreneurship can be taught or not, many Indian and global platforms are trying to address this market and give a helping hand to future business leaders. In April 2017, Coursera announced a partnership with HEC Paris to foster entrepreneurship skills through an online Master’s in Innovation and Entrepreneurship (OMIE). edX, on the other hand, offers a course on ‘Becoming an Entrepreneur’ in collaboration with Massachusetts Institute of Technology.

So with all the resources available at our fingertips, modern day entrepreneurs cannot afford to feign ignorance and make too many rookie mistakes in their startup journey.