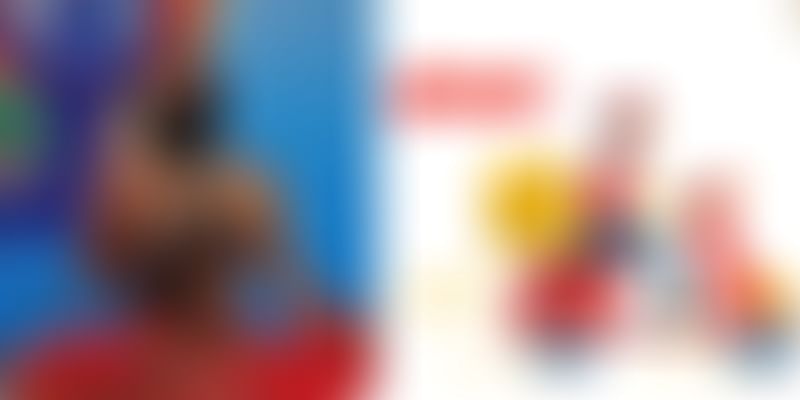 Yoga guru Baba Ramdev-led Patanjali Ayurved Ltd. recently announced its entry into the food chain business. After 'Desi Jeans', this appears to be Patanjali's next innovative endeavour. The company, which has taken on the likes of Unilever with its varied range of natural cosmetic, nutrition, and personal-care products, will now be competing with McDonald's, Kentucky Fried Chicken, and Subway.

Addressing a press conference in the national capital, Ramdev said,

Ayurveda is based on a belief that health and wellness depend on a balance of mind, body, and spirit, and can include the use of herbal compounds and special diets. Patanjali has broken the stranglehold of multinational companies. I want India to be free of the hold of foreign companies.

Based out of Uttarakhand, Patanjali had recorded a turnover of Rs 10,500 crore in 2016-17. It has the capacity to make products worth Rs 30,000 crore, and plans to double that next year, according to an NDTV report.

Ramdev and his extensive fan following helped provide Patanjali with a big launch amidst an already raging rat race. In September 2016, the company announced an investment of Rs 1,600 crore for setting up a herbal food park in Noida in the then poll-bound Uttar Pradesh, to meet its domestic as well as global demand.

There are already so many participants in the market, and even a strong player like Domino's is struggling for growth. Patanjali Ayurved has the ability to generate buzz initially, though it probably doesn't have a sustainable competitive advantage in the Quick Service Restaurants space, which requires high capital expenditures.

The yoga guru took the stage to express how keen he is to introduce the country to healthy forms of eating. He intends to replicate the success the company has had in the consumer products space, where a display of over 500 different products across food, cosmetics, nutrition, and personal care have made a tangible mark, says a LiveMint report.

Very soon, the company will enter the apparel business, and will also start a school for the children of slain Indian soldiers. In January 2016, Patanjali chose to go hyperlocal. With a revenue of over Rs 2,500 crore, it is currently one of the top five FMCG companies in India. The company has raised $1 million in pre-Series A funding from IDG Ventures India, M&S Partners (Singapore), and Powerhouse Ventures (USA).

Acharya Balakrishna, the CEO of Patanjali, is now officially one of India’s richest men. According to the Hurun India Rich List 2016, Acharya’s wealth amounted to a whopping Rs 25,600 crore (approximately $3.9 billion).