From being blind in one eye to winning hearts - Meet the real life 'Baahubali', Rana Daggubati 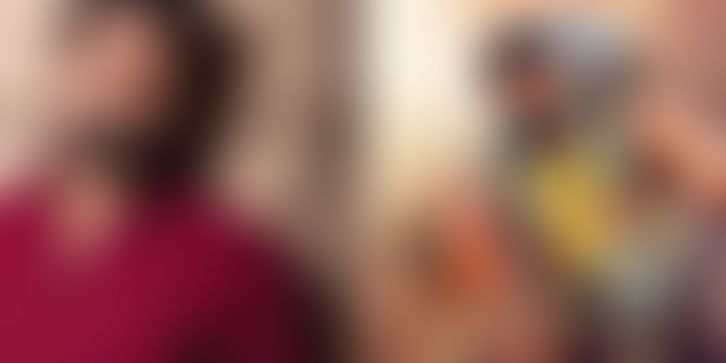 With 18 movies in his kitty and praises and accolades from all across the world, 32 year-old Rana Daggubati is walking away from the limelight after his big release, Baahubali - The Conclusion. An actor, producer, visual effects coordinator, and photographer, with stints across the Tamil, Telugu, and Hindi movie industries, Rana hails from one of the noted families of Telugu cinema.

Son of Telugu film producer Daggubati Suresh Babu, Rana's paternal grandfather, Dr. Ramanaidu, is a recipient of the Padma Bhushan, the third highest civilian award in India, which was given to him in recognition of his contribution to Telugu cinema. His paternal uncle Venkatesh and his maternal cousin Naga Chaitanya are also prominent actors in Telugu cinema.

Rana recently confessed to being blind in one eye, stating that he can only see through his left eye.

With a clear win as 'The Most Promising Newcomer of 2011' in the Times of India poll, Rana was also listed as number 20 on the Times of India's Most Desirable Men list for the year 2011. In 2012, he was voted the 10th most desirable man in India, as per the poll conducted by TOI.

In 2010, he made his acting debut with Leader, a Telugu blockbuster, a role for which he went on to win the Filmfare Award for Best Male Debut – South. He made his Bollywood debut alongside Bipasha Basu and Abhishek Bachchan in the movie Dum Maaro Dum . In 2015, he starred as the main antagonist in S.S. Rajamouli-directed Baahubali: The Beginning, which recorded the second highest gross opening for an Indian film and went on to break most of the records set by Indian cinema both nationally and internationally.

Apart from being an actor, Rana is also a visual effects producer. He won the State Nandi Award for Best Special Effects in 2006 for the Telugu film Sainikudu. In 2006, he received the National Film Award for co-producing Bommalata – A Bellyful of Dreams.

Rana, who plays Bhallala Deva in S.S. Rajamouli's Baahubali, admitted that he's blind in his right eye, according to a India Today report. Speaking to PTI reporters after the humongous success nationwide, Rana shared,

My approach to cinema is very different. I am sure the film has increased my market value. If not [for] the first part of Baahubali, it would have been tough for me to bring something like a submarine war film (The Ghazi Attack) to life in India. Now, I can do a lot of alternative things and tell different stories in different languages as that’s what interests me. I can now get a lot of films green-lit. It was hard to do that earlier. People now have confidence in me. There will be more and more studios and makers interested in doing the work I believe in.