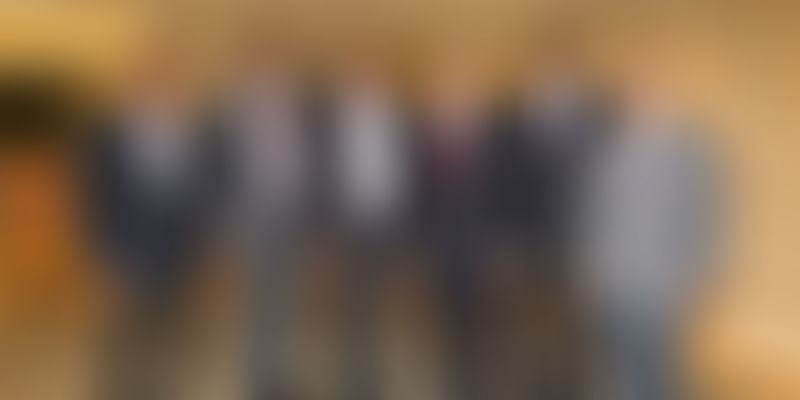 In India, cash is king. However, the demonetisation drive last November changed that idea and people have now become cognisant of the importance of cashless payments and transactions. It was a space that the founding team of Mastek, a global IT services company, was looking at.

“India is a country where cash is king. Close to 12 percent of our country’s GDP contribution comes from cash. We felt that it was an area that needed some work, and initially incubated it to be a part of Mastek,” adds Sudhakar Ram, Founder and CEO, Mastek, and now, Founder of Benow.

As they actually started building the venture, they realised that it needed to be a separate entity. Mastek is a global business, but the space they were looking at mostly involved small businesses and vendors.

The team and workings

Thought the platform was founded in January 2016, the team launched Benow in March 2016. Benow is a digital payments platform that works with local merchants across Mumbai to accept digital payments through BHIM and other UPI apps.

The core team comprises Sooraj VS, who has been the architect of the retail roadmap for Pine Labs; Ravi Kadam, who has decades of experience in IT Platforms and IT Infra and implementing turnkey projects; Sanjay Mudnaney, who has over 20 years of experience in integrated marketing; Aubrey Corda, who has worked for decades in the banking regulatory space; and Aji Joseph, who has two decades of business development experience. Says Sudhakar,

“Benow’s BHIM enablement service is a cost-effective and secure method of accepting payments directly into the merchant’s bank account, hence eliminating the issue of dealing with cash on a day-to-day basis.”

The team believes that while BHIM and UPI have run several million transactions for P2P payments, merchant transactions still constitute a small proportion.

Making it easier to transact without cash

Since merchant payments involve setting up a nodal account, collecting MDR, supporting disputes and complaints, Benow fulfils a distinct need in the market not addressed by other players–especially in the case of small, neighbourhood merchants.

“With local merchants contributing to a significant proportion of the 100 crore daily cash transactions that happen across India, Benow intends to contribute to the 2,500 crore digital transaction target fixed by the government for FY 2017-18,” adds Sudhakar.

Within 72 hours of signing up for Benow’s BHIM enablement service, each merchant is activated with their unique VPA (virtual payment address) and a QR code. When the customer’s scan the code through the BHIM app or any bank’s UPI app, it allows them to make payments directly into the merchant’s bank account.

The merchant can operate this service even with just a feature phone. A full function merchant console to review complete payment history, generate dynamic QR codes, and send or collect requests can work on the merchant’s PC, tab, or smartphone.

With Benow, the merchants can enter the amount themselves and generate a dynamic QR code. It is also available in multiple languages.

Opening of the market

“We began with a pilot at Powai to understand the dynamics of the markets. We have had over 1,000 merchant signups over a month and are now looking to take it across different parts of the country,” says Sudhakar.

While getting merchants on to the platform was a challenge, Sudhakar believes that demonetisation helped them reach out to the audiences. He says that when they were initially looking at starting, educating people about the need to go cashless was a task in itself. But with demonetisation, people realised that cash might not always be available.

BHIM has opened up the market–which had, hitherto, known only wallets as the fastest way to make payments–to a newer, faster, and better mode of transaction. It has played the role of an ice-breaker in the system and people have started exploring mobile payments like never before.

Kalpesh Mehta, Partner at Deloitte, believes that the BHIM app has a lot of advantages as it allows users to make transactions through different bank accounts, thereby making the app consumer friendly. He says,

“If you have normal salary account which is covered under BHIM app platform, you don’t need to open another account and use it for the same purpose, even if you have multiple bank accounts.”

However, a recent RBI report on digital payments mentioned that even in November 2016, only three percent of transactions were through wallets, while the rest were through cards. It is easier to get customers to use debit or credit cards than using e-wallets as they are comfortable with the practice. Hence, it is important for companies to develop a sense of trust and flexibility in the customers.