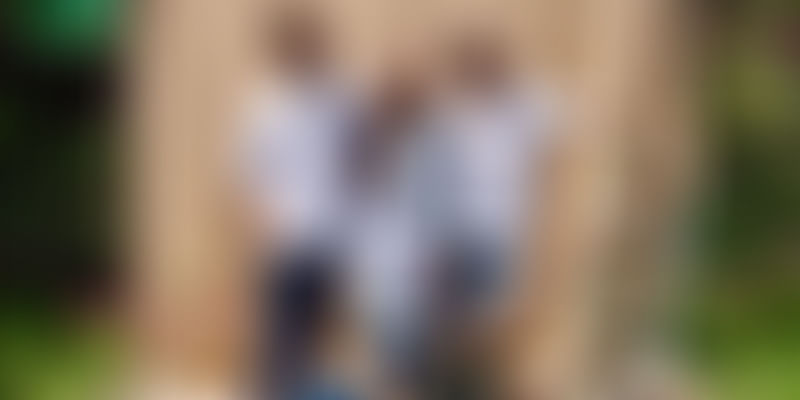 “It’s a shame if young brands emerging under the current climate ignore the idea that the future must be greener in order to be brighter,” says Samriddh Burman, Founder of The Burlap People. For the 30-year-old, starting an environmentally-conscious brand and having that brand revolve around jute were both forgone conclusions.

Samriddh’s family has been making and exporting value-added jute bags for over 40 years. Samriddh worked as a marketing executive at his family’s jute firm before moving on to work for a sports travel company. But his passion for environmental sustainability and creativity weren’t being fulfilled in cookie-cutter corporate jobs. So he quit to start up.

“I wanted to do something that corresponded to my sense of where I saw the world was heading,” he says. Jute was an obvious choice not only because of his family’s history with it but because one would be hard pressed to find a material that is as environmentally-friendly or versatile as the burlap fabric.

Jute is the oldest fabric in the world, a fact that has been elusive to prove because it biodegrades so neatly. But after testing preserved imprints on artefacts, archaeologists have found that jute has been used by the oldest civilizations on Earth. Mentions of its popularity appear in Akbar’s memoirist Abul Fazl’s Ain-E-Akbari in 1590. Jute can be burned without releasing any poisonous gases in the air. While growing, a single hectare releases more than 10 tonnes of oxygen. Every single part of the plant can be utilised, leaving no prospect of waste.

Jute is also the raw material for one of India’s oldest industries. The first jute mill started production in Bengal in 1856. Since then India has remained the largest producer of jute in the world. Of the 78 jute mills that are in India 61 are located in West Bengal, the State’s climate being eminently suitable for the sowing and harvesting of this cash crop. Given that Samriddh grew up in Kolkata it was a no-brainer to launch his startup here in 2015.

Apart from Samriddh the TBP core team consists of Rewant Lokesh and model and writer Karuna Ezara Parikh. Samriddh went to college with Rewant and both have been best friends since. Karuna has long been an advocate of slow fashion and is a conscious consumerism crusader.

The reason Samriddh chose to start his own brand rather than join his family’s eco-friendly jute business was because he perceived a disconnect between what they were doing and what he wanted to do with the fabric. “They were supplying to an audience that saw jute bags as a cheap, mass produced commodity with little or no aesthetic appeal. I wanted to take the idea of sustainability and conscious living one step further while giving this beautiful and diverse fibre an aesthetic upgrade,” he says.

Today’s generation mostly views jute as the material used to create cheap sacks and hessians. To use it as the mainstay of a fashion and lifestyle brand that positions itself as hip, Samriddh knew he had his work cut out for him. He resorted to an innovative scheme to address this conundrum.

For startups working with a limited advertising budget, social media is the obvious choice to gain exposure. Samriddh made the decision to limit all social media exposure except Instagram. It started out as a chance experiment because he had no stock and was only taking custom orders. He says, “Not having a Facebook page or a website does have its drawbacks of course. Not everyone is on Instagram, especially the older generations in India, so it cuts us off from potential audiences at times. This isn’t something that troubles us though, because the idea was always to grow slowly.

Over time Samriddh discovered this strategy lent exclusivity to the brand and helped connect with customers’ world over who identified with TBP’s ethos and philosophy. “Facebook had become a bit messy at the time and Instagram provided a neat, crisp, fresh, young and direct approach to making a page. Instagram offers a more concise and elegant view of our products to a more discerning audience than we felt would be possible using Facebook, which lacks Instagram’s immediacy,” he says.

The brand’s following on Instagram grew to a few thousand within the initial months of launching. It’s carefully curated palette exudes an aspirational vibe that helped with traction and connecting with like-minded customers from across India, Europe, the US and South Africa. TBP also boasts an enviable celebrity client list which includes Bollywood actors Parineeti Chopra and Arunoday Singh, singers Saba Azad and Shibani Dandekar, supermodel Gabrielle Demetriades and tennis player Shivika Burman.

Early in 2017, two years after starting up TBP did come around to getting a Facebook page. But they rarely use it to promote products, preferring to stick to Instagram for growing what has now become a global, albeit niche, brand.

The hallmark of a sustainable fashion brand is it’s contradiction of fast fashion. Eco Watch reported that fast fashion is the dirtiest industry in the world, second only to big oil. The proliferation of cheap synthetic fabrics, toxic chemical dyes, sweatshop labour and fashion magazines and websites dictating changing trends every other week makes fast fashion an industry completely oblivious to planetary boundaries. It is creating waste and poisoning our rivers and oceans at alarming levels, yet shows no signs of slowing down. The age of e-commerce has only worsened the situation.

Samriddh says that growing his brand organically and slowly is a priority. “I would love for it to grow fast, but I think it's hard because, without sounding preachy, it’s tough doing the ‘right thing.’” After sourcing the fabrics and dyes, the bags are hand stitched by third and fourth-generation craftsmen. Nuruddin, TBP’s head kaarigar, has been stitching since he was eleven.

Though not fair trade, Samriddh says the craftsmen are paid higher than the Indian standard. “We also ensure a distinctly pleasant working environment for our craftsmen. They work in a spacious setting with natural light, fresh air, fair hours and given a lot of respect and room to make the end product. We also respect their vision for the finished product. We really do try and use materials that are sustainable, ethically sourced and organic where possible. For example, our leather is all scrap or reject leather from factories,” he adds. It takes about two weeks to produce one bag.

Given the time and money it takes to create a product that is not harmful to the environment, it is not possible for it to be priced competitively or match the production scale of fast fashion. How then does one capture and retain the consumer’s attention in a world where they are inundated with choices?

Samriddh says, “In a world this fast and with this many options, you have to be putting out a product that actually adds value to the customer’s life. Why are they going to choose you over someone else? Although mindless consumerism seems to become a major aspect of our time, there is a section of society that is becoming more conscious about what they buy, where it comes from, how it is made and where it will go once disposed.”

Samriddh’s main challenge is to balance the ethics of a slow and sustainable fashion brand while maintaining profitability. He feels confident about the direction TBP is headed. “The short-term financial loss in terms of lower profitability is a small hit to take in the face of the long-term gains of having a loyal base of advocates, which we have already begun witnessing. Word-of-mouth advocacy is the most significant and efficient growth hack and has allowed us to reach out to so many of our target market in the most genuine way possible. We don’t do any paid posts and spend close to nothing on advertising TBP,” he says.

Samriddh may want TBP to grow organically, but he has ambitious scaling plans. “At our current rate, we should have doubled our number of kaarigars, tripling our production capacity within the next 6 months. With this increased production capacity we plan to develop stocks that will allow people to purchase bags from us immediately.”

Samriddh’s scaling plans will go hand to hand with his business becoming more socially responsible with each step. “We are going to be collaborating with more NGOs and turning our workshop as green as possible. We're hoping to run it entirely on solar energy by 2018, and drastically reducing our carbon footprint in other ways. We’re also going more global with the brand and should be stocking in niche stores around the world by 2018 as well. Lastly, we plan to branch out into burlap clothing,” he says.

“Choosing this path is choosing a few years where you're either juggling your new business with other more lucrative jobs on the side, or you're completely broke. Either way, it's a tough time,” says Samriddh. That, coupled with the constant failures of the early days, made for extreme isolating times for the newly minted entrepreneur.

“In terms of failures, as a startup you're often trying things for the first time, and when they go wrong and a customer is unhappy with a product, say a fabric tears, the wrong order is dispatched, you feel doubly distressed as your clients’ positive opinions are all you really have and are banking on at this point,” he adds. “Doing things my way and seeing that way bear fruit is what made all this worth it.”

His advice to aspiring entrepreneurs is threefold. “Ask yourself what you are doing that makes you invaluable. What are you offering that no one else is? Don’t let money be the sole motivator. Create something of value, stay true to your passions and the money will follow.

Content and the context. Every product and the story behind it can be relevant and appealing to a customer only if their interconnectedness makes sense.

And finally put down a timeline. Then work really hard till you cross that timeline. It takes a minimum of one year for a brand to take shape and take off. Be patient.”