FooDrool gives a five-star twist to the food delivery market 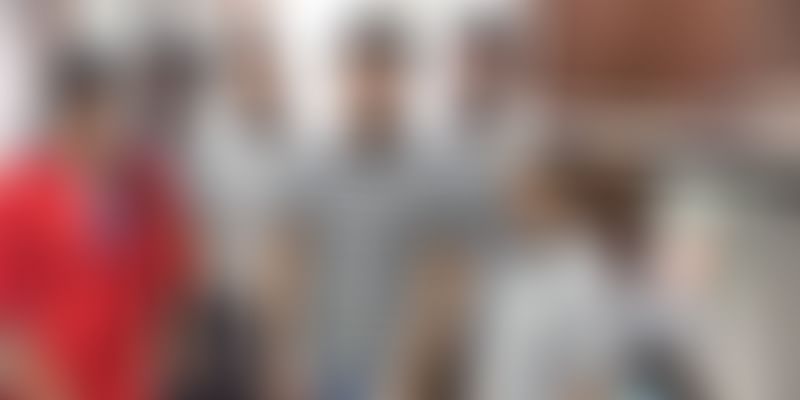 Prompted by midnight hunger pangs and a restaurant’s poor service, Delhi-based FooDrool was born to bring meals from five-star hotels to your doorstep.

It was the beginning of 2015, and 21-year-old Tanmay Garg and his friends got some midnight hunger pangs. So, like anyone in their position, they ordered food online; but, to their utter dismay, the food arrived only at 2 am, and on top of that, the order was wrong. Tanmay says,

“Our order was for vegetarian food and what we received was non-vegetarian. We were taken aback with the response on confronting the restaurant manager--‘If you have so much of a problem, why don't you start your own venture?’"

While not much could be said for the manager’s manners, his question did get Tanmay thinking, with his thoughts centering on setting up a platform to deliver food even after midnight.

FooDrool, an online food order and delivery platform in Delhi, allows one to order food from five-star hotels and premium restaurants, with FooDrool delivering food up to a radius of 12 km.

The workings of the platform

Tanmay says that their advantage lies in their huge fleet of delivery boys and special carry bags that can keep food warm for more than one and a half hours.

“We also have a specialised apparatus to deliver hot food even in the cold months of December and January,” says Tanmay.

FooDrool also delivers orders on behalf of the restaurant, adding to its revenue stream. Restaurants thus reach out to the startup with customer orders they have received directly, and FooDrool delivers the orders. However, initially, it was difficult for the team to open up establishments to the idea of allowing them to deliver food from their properties.

It was also difficult to convince the hotels and restaurants to choose them over the other established players in the space. And yet, Tanmay and his sister-in-law, 29-year-old Sakshi Garg, believed in the idea.

Initially, FooDrool was a team of two or three support employees for the creation of the website, with the tech outsourced to a developer.

The online food delivery market in the country is getting bigger, and possibly messier as well. Early this month, UberEats launched in India. Unlike their new competitor Swiggy, they didn’t need to start with a free delivery scheme–they charge Rs 15 for every delivery made. Uber is known to break into a market late and use discounting modes to push their way through. While UberEats is currently available only in Mumbai, they intend to launch across India soon.

Then there is market leader Swiggy, which recently raised Series D funding and even launched its internet kitchen restaurant in Bengaluru’s Koramangala locality. They are also believed to have ramped up their efforts to take on UberEats.

The food delivery market has seen several ups and downs. And even though investors might be wary of touching the segment again, many players are entering the space. However, food is a hard business, as it is operations and logistics intensive.

Among the other prominent players in the space are internet restaurants FreshMenu and InnerChef. While the future for some of these startups looks bright, one must not forget the several others like Tinyowl, Dazo, and Spoonjoy that met sticky ends.

The ecosystem saw over $3.5 billion poured into the space across 380 disclosed deals in the first of half of 2015. However, in 2016, the funding amount dropped to less than $80 million, according to a report by RedSeer.

Despite the shutdowns and consolidations, the online food delivery market is believed to have grown by over 150 percent last year, with the report stating that it showed an estimated GMV of $300 million.

This is good news for Tanmay, who is also quick to point out that they are different from the many players out there–especially those that have failed to pass muster. He says that FooDrool doesn’t tie up with every restaurant, instead choosing the restaurants based on costs and the revenue stream that they will provide.

“Secondly, we deliver our own orders as well as third party orders for the restaurant, thereby making the restaurant our customer as well. We have to understand that we are not making food but delivering food, and so we have to take care of our partners’ logistics. Some of our competitors don’t deliver at all, or have outsourced their delivery, and some only deliver orders placed to the restaurants through their platform,” adds Tanmay.

The FooDrool team claims to have seen a sixfold jump in their revenues over the previous year, and they aim to break even by the end of the current financial year. They also intend to soon venture into other cities, starting with Mumbai.