Despite 400 news channels and 1 lakh periodicals, India ranks behind Afghanistan, UAE in Freedom of Press 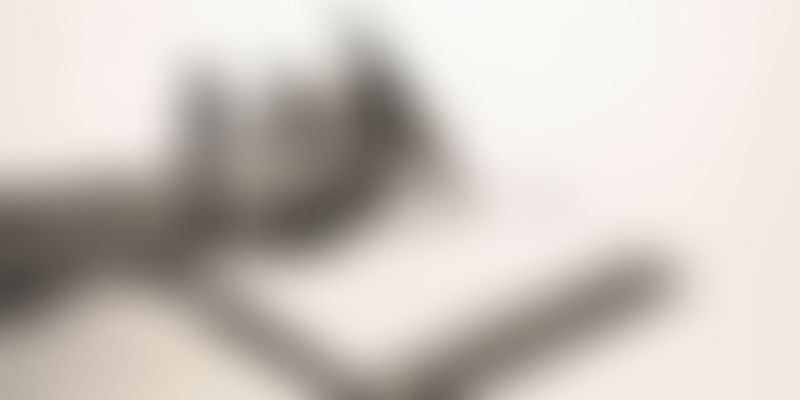 In the 375 recorded instances of attacks, 56 RTI activists have died in India.

In 1994, Nelson Mandela was invited as a keynote speaker at the International Press Institute's 43rd annual Congress, organised just miles away from the Robben Island prison, where he had spent a significant part of his life. During his speech, Mandela had praised the International media for supporting their struggle against apartheid even when the South African government had jailed him for 27 years.

During the historic speech, Mandela had stressed on the need for media to be free of government and corporate interests and stand by its people. He had said, “A critical, independent, and investigative press is the lifeblood of any democracy. The press must be free from state interference. It must have the economic strength to stand up to the blandishments of government officials. It must have sufficient independence from vested interests to be bold and inquiring without fear or favour. It must enjoy the protection of the constitution, so that it can protect our rights as citizens.”

According to a recent report published by Reporters Without Borders (RWB), India stands 136th among 180 countries in Freedom of Press rankings. Pointing out how the growing number of attacks on journalists and self-regulation is a global phenomenon, the media watchdog’s report said, “We have reached the age of post-truth, propaganda, and suppression of freedoms – especially in democracies.”

India slipped three positions from last year’s Freedom of Press rankings and is currently placed only three ranks above Pakistan, our next door neighbour, who rose from 147th to the 139th position in just one year. Afghanistan ranked 120 while UAE, a dictatorship, was ranked 119th in the report. South Africa, a country still recovering from the horrors of apartheid, was ranked 31st.

Journalism under attack in India

According to a report published by The Hoot, at least 54 journalists were attacked between January 2016 and April 2017. It must be noted here that many attacks on journalists go unreported, as journalists often succumb to threats from local politicians, policemen, and self-appointed vigilantes. In 2014 alone, 114 journalists were reportedly attacked, but only 32 attackers were arrested or persecuted. The Hoot report further states,

“Investigative reporting is becoming increasingly dangerous. Journalists who venture out into the field to investigate any story, be it sand mining, stone quarrying, illegal construction, police brutality, medical negligence, an eviction drive, election campaigns, civic administration corruption, are under attack.”

Media censorship and the anti-national narrative

The growing insecurity among journalists is only a reflection of the rising levels of intolerance towards dissenting and critical views towards authorities. The RWB report, while exploring India’s poor Freedom of Press in India, points out how self-censorship is growing to the mainstream, owing to the Hindu nationalists who are trying to purge all manifestations of “anti-national” thought from the national debate. “Journalists are increasingly the targets of online smear campaigns by the most radical nationalists, who vilify them and even threaten physical reprisals,” the report adds.

Last year, Sakshi TV, a Telugu news channel, was blocked by the state government for covering of the Kapu agitation. NDTV was banned for a day by the Ministry of Information and Broadcasting which alleged that its coverage of Pathankot operation revealed important strategic details. The decision to ban the channel was later overturned by the Supreme Court.

India has shut down internet services on several occasions, despite questions over its constitutional validity. In the past five years, the internet has been shut down 73 times, reports Internet Shutdowns. Kashmir alone has witnessed over 30 internet shutdowns in the past four years, leading to further isolation of people living in the valley and making it near impossible for journalists to report the situation at ground zero. The governments of Gujarat and Haryana too resorted to internet shutdowns during the civil unrest over reservations demanded by Patel and Jat communities.

According to a Hindustan Times report, India lost almost a billion dollars from its internet shutdowns in just one year. The scientific community, standing by its belief of internet being a basic human right, has proposed that governments that cut off internet access to their citizens would be refused new IP addresses. Africa may adapt it this June.

Right to Information in danger

The Department of Personnel and Training (DoPT) of the government of India has proposed changes to the Right to Information (RTI) Act, 2005, under which RTI queries will be closed when the applicant dies. The new draft also allows the Central Information Commission (CIC) to permit withdrawal of an application if the applicant makes a written request, which has raised some suspicion.

RTI applicants have been subjected to vehement attacks in the past. In the 375 recorded instances of attacks, 56 RTI activists have died, reports The Wire. “If this proposed rule becomes law at the Centre, most other states will make similar amendments, thereby unwittingly jeopardising the life and safety of RTI users,” activist Venkatesh Nayak told the media organisation. Similar changes to the RTI Act were proposed in 2011 by the DoPT but dropped amidst severe protests by citizen activists.

All hope is not lost

Two centuries hence, India is home to over one lakh periodicals and 400 news channels. Despite their traditional approach and growing inertia, it is to their credit that India has had a progressive journey, and has upheld democracy despite many internal differences and conflicts.

The rise of the internet, or what Alphabet CEO Eric Schmidt calls ‘humanity’s largest experiment in anarchy’ has been driving serious change in making media freer and citizen driven. Journalism, even today, remains a path pursued by many hard-working and truth-seeking individuals. Many serious journalists have left traditional media behind and joined the digital bandwagon, building greater space for critical thinking and serious dialogue, something that the world’s largest democracy needs now more than ever before.