5 things freshers should consider before joining the startup ecosystem 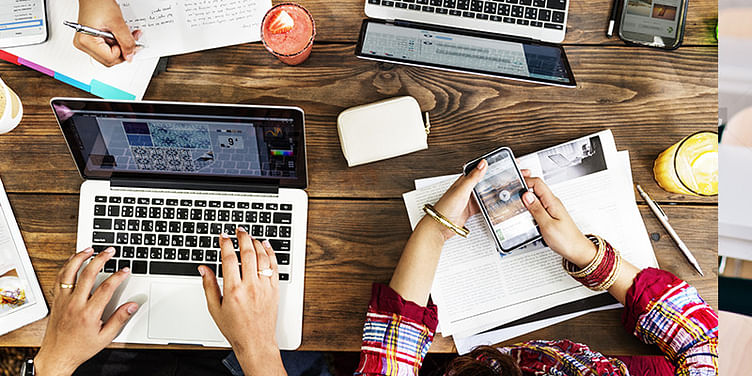 Millennials are deeply fascinated with the constantly-growing startup culture. Names like Mark Zuckerberg, Evan Spiegel, and other t-shirt sporting entrepreneurs have become role-models to a generation of young professionals looking to build next Facebook or Snapchat, or even Google. Social media has only intensified the hype of joining the startup culture, as a result of which a number of fresh graduates are now opting to join startups over the corporate culture.

According to a recent survey conducted by Accenture, among graduates in America looking to enter the job-market, 44 percent wished to work in a startup or a small enterprise. This was in sharp contrast to the mere 14 percent who intended to join a large firm.

According to Ben Slater, Sales and Marketing Director at Seed.Jobs, the idea of the ‘flexible’ startup life has seized the imagination of the current batch of university graduates. “Visions of office slides and free food, inspired by companies like Google and films such as The Internship, are firmly lodged in the minds of many young jobseekers,” he writes in The Guardian.

However, as fiction falls several stones away from reality, these eager-to-work graduates need to keep a few things in mind before diving head-on into the startup work culture.

The entire concept of receiving a salary based on ‘industry standards’ does not apply to a startup culture. This could be because they don’t have the necessary funds to match these requirements or because they need to save most of their revenue for functions like PR and advertising. Whatever the case may be, chances are that you will not be able to negotiate a salary much higher than the one they have quoted. Some recruiters may promise you a hike depending on your performance during the first six months. While this is indeed a common enough practice, it doesn’t apply to most startups which are still looking to scale by a maximum.

While one of the greatest traits of the startup culture is the ‘flat structure’, sometimes this may be viewed as a setback as well. Although in any company it is assumed that a fresher does not need to be constantly monitored and corrected, they still usually undergo training in corporates. However, the startup culture has always stuck by the ‘all hands on deck’ rule which, although proves to be a valuable experience, also doesn’t make way for the mistakes you are sure to make.

Startups sometimes ask you to bite off much more than you can chew. Considering its flat structure and the accompanying desire to grow exponentially, the chance of you being asked to carry out responsibilities which aren’t part of your profile is almost guaranteed. While you as a fresher hope to learn more, there is a thin line between being asked and being exploited, and reports of the latter have been on the rise.

Lack of an HR and other important resources

Many startups do not wish to allocate their revenue into branches they don’t consider needful. For instance, in several companies, the heads of the various branches (digital, sales, finance etc.) may step in as acting HR personnel when the need arises. This makes it extremely tricky for all their employees in question, considering that they might have vested interests when it comes to making concrete decisions regarding your salary, leaves, reimbursements, work-timings, and the like. Similarly, they may not offer you basic benefits like medical insurance and weekends due to a shortage on both funds and people.

Finally, you need to understand that while the lure of a startup culture can be exciting and brimming with possibilities, the business itself is a risky venture. You may be giving all your effort and time into a company, but there is always a possibility (however small) that it may be forced to shut down any day. Startups shutdowns are no uncommon occurrences in the business world. In most cases, this takes place if the investors pull out or if they cannot run the company on the measure of insufficient funds. As a result, it is imperative to note that while working in a startup can give you a more wholesome experience than working in a corporate, it is also twice as risky.

Do you have a word of caution to add to the fresh group of graduates looking to enter the startup ecosystem? Let us know in the comments below!